It’s been quite some time since I played a Mario game. Maybe 7 or so years since Super Mario Bros on DS and 20 years (yes 20) since I got Super Mario 64 on launch day with Nintendo 64 which is the last Nintendo console I bought. That is until the Switch last week. So, flash forward and here we are with Super Mario Odyssey. I was intrigued a lot with the trailers and the open world of Odyssey, so I told myself I’d wait for its release to pick it up and a Switch. Was it worth the wait?

Without giving away too much of the story the game revolves around Princess Peach getting kidnapped (as usual) by Bowser in his attempts to marry her. While doing so he always kidnaps a magic Tiara. This leads to a team up of Mario and Cappy which is a magic hat to chase after them across the globe in a ship called the Odyssey. Each level incorporates “Power Moons” you need to power back up the ship and continue the chase.
Along the way they come across some new adversaries as well as familiar faces for Mario.

Super Mario Odyssey plays very much like an open sandbox title. While there is a path you can also go where you please with no limits. It’s reminiscent of Super Mario 64. Mario even retains most of his moves from that game as well. 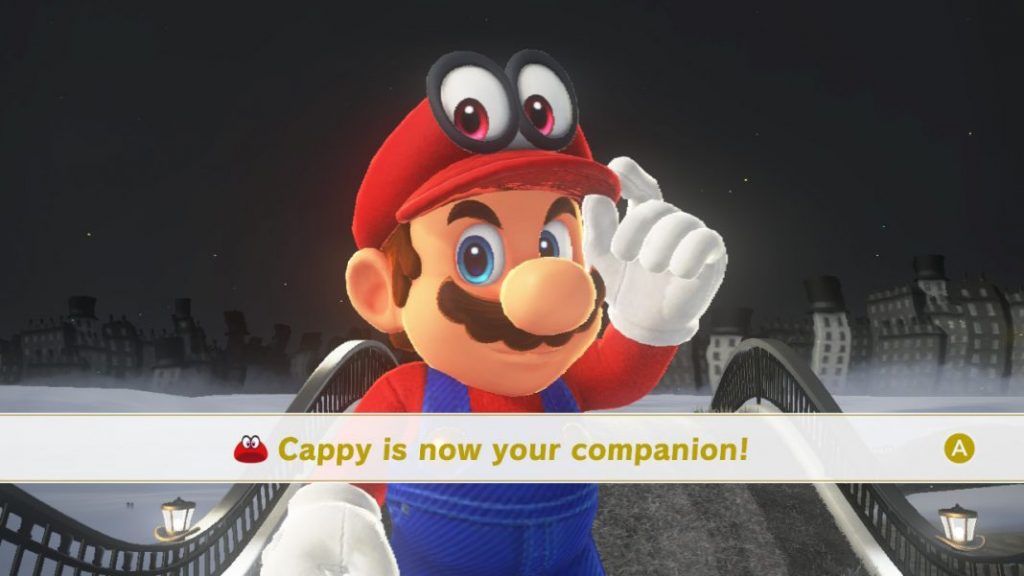 Now what Cappy brings to the table is the ability to essentially help Mario over the bodies of some enemies and mimic their powers to get through various obstacles. It’s pretty fun seeing all the various Marioesque characters you get to be in the game. Besides the body snatching ability, Cappy can also help you eliminate enemies by throwing or swinging him. He can also help you get to higher levels and grab coins and such as well. 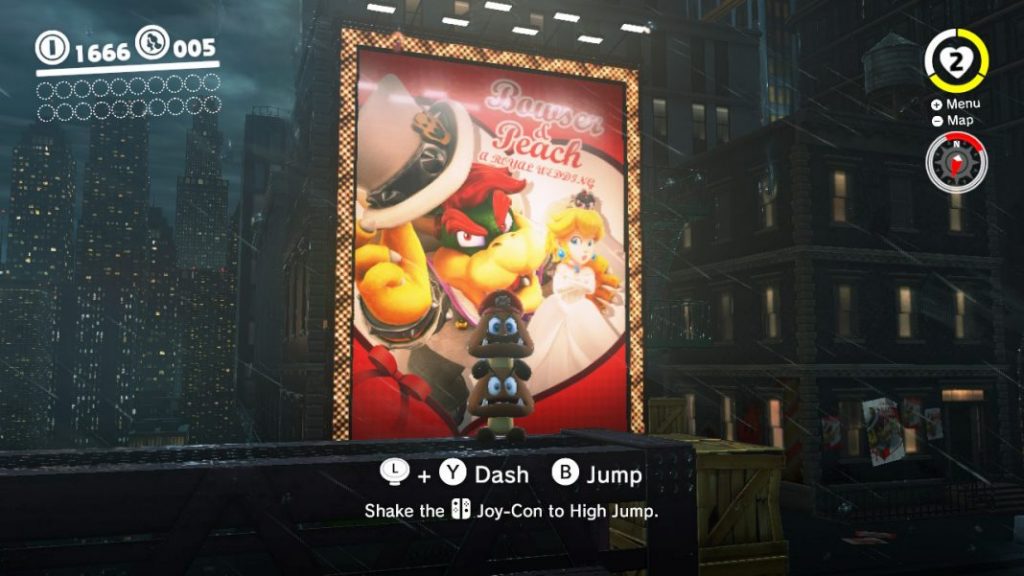 Interestingly with Odyssey when you first start playing they encourage you to detach the Joy-Cons and use them separately rather than attached to the Switch or even the controller. While you can do moves with them attached it’s easier to do them separately thanks to motion controls. I did alternate doing this as sometimes I be at my desk with them detached and of course if I’m on the train it’s the latter.

So Many Things To Love

It’s like where do I start. Super Mario Odyssey is a terrific game to pick up and play. I haven’t played a Mario game in years but felt right at home when picking up the Switch and powering it on. All the levels will remind you of prior games either because of the designs or the baddies that inhabit them. The fact that you can take over these enemies and use their powers is invigorating. I mean there are other things you can become such as a zipper (not kidding) which is funny, but the body snatching is great.

The levels are massive and perfectly crafted. There is tons of exploration and obstacles that can keep you busy for hours. I tried to do a bit of exploration and breeze through levels to beat the game which still took some time to accomplish. Music they have created for each world or scenario fits and you will be content with the sounds. It’s nothing crazy and big budget movie cinematic sounding but it’s enough to please your ears. 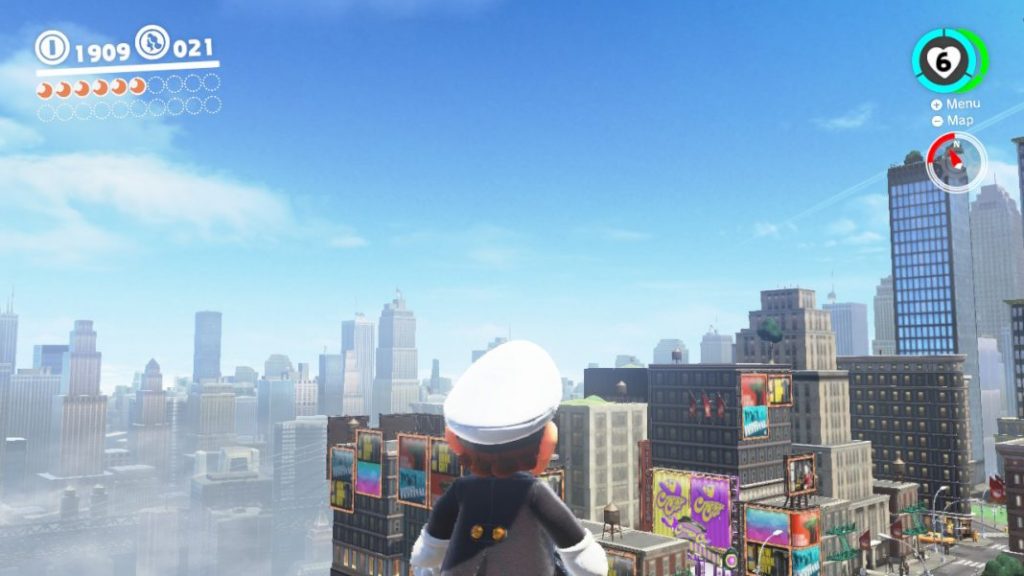 There isn’t much to dislike about Super Mario Odyssey to be frank. Besides with some annoyances with camera angles which happens in just about all 3D platformers I couldn’t say there was anything discouraging with this title. Some of the boss battles weren’t that hard and I felt were pretty easy at best. There were a couple of others that made me want to fling my Switch across the room but that’s it.

It’s a No Brainer

Super Mario Odyssey is a marvel of a game. Levels are massive, characters are interesting and different and being able to “play” as just about all of them is fun as hell. Even after you beat Super Mario Odyssey you won’t be complete with it for quite a while. I’m learning this now as I continue to try to get more Power Moons which in some areas requires a decent of combined skill you hopefully picked up from playing. 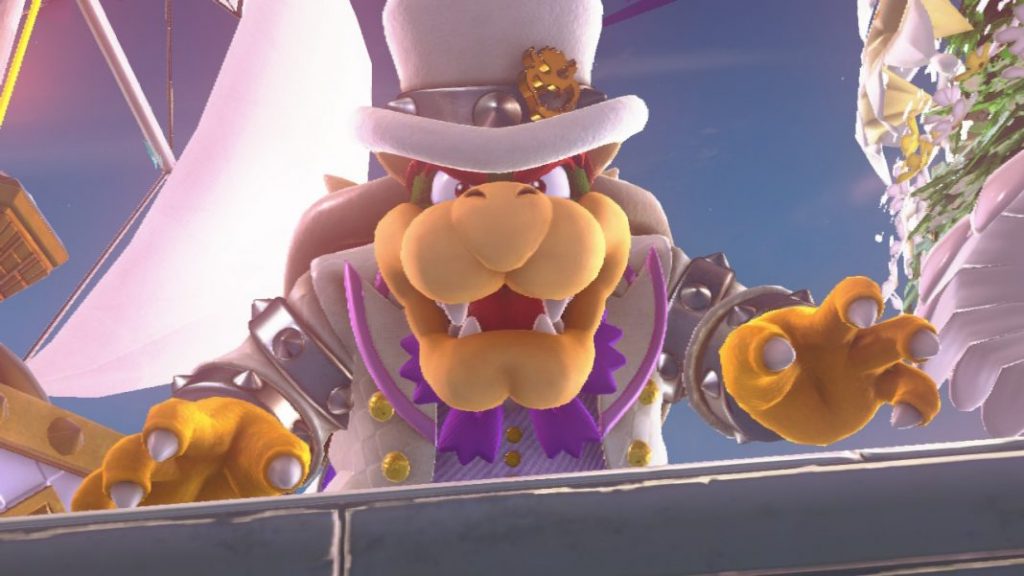 There are one of two things you must do. If you have a Nintendo Switch, then you need to get this game ASAP. If you don’t have a Nintendo Switch… then I consider this system seller and you need to pick up a Switch and this Mario game to occupy it. Whether you are new to the Mario universe or been playing it for close to the last 30 years this game Super Mario Odyssey will capture your love for gaming one way or another.