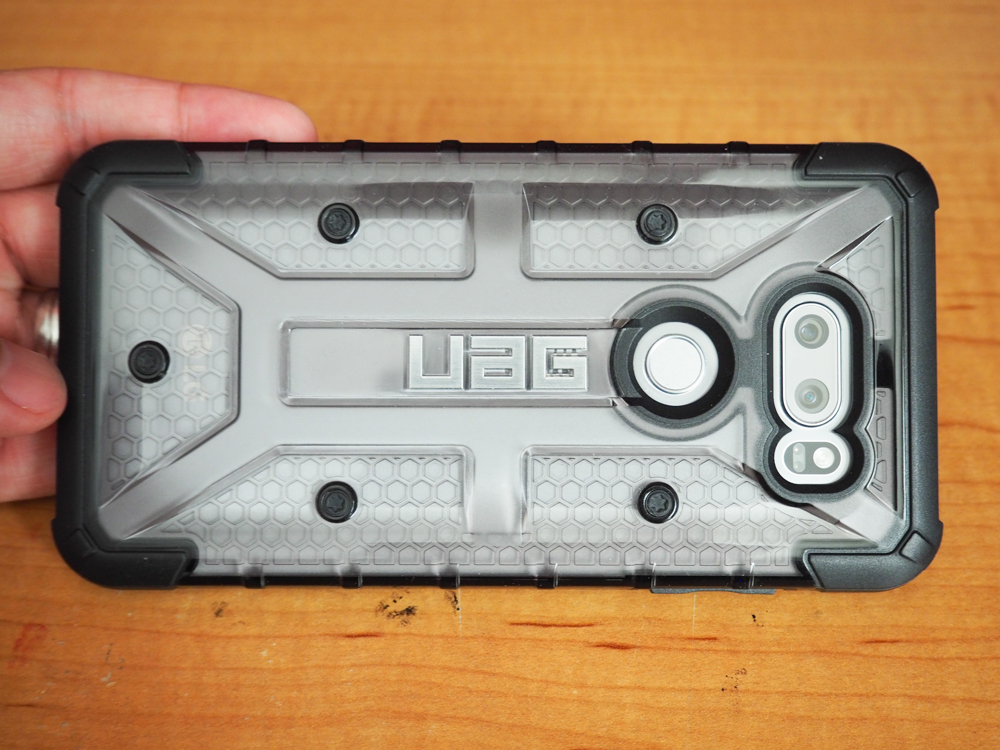 One of the first things I usually try to do when I get a new phone is find a case for it. It doesn’t matter if the case is made out of the latest Gorilla glass or aluminum or even plastic, the last thing I want to see on my new phone is a ding, scratch, or shattered glass. That means that for the LG V30, I went with a brand that I know and one that has served me quite well with my other devices, and that’s Urban Armor Gear. Lucky for me they had the UAG Plasma Series cases on hand and sent me one to take a look at.

If you’ve seen other UAG cases before, the Plasma Series one for the LG V30 looks pretty much like every other Plasma Series case for other devices. It’s got that rugged, aggressive look, but not bulk you’d expect from a rugged case. That’s mainly due to its one piece composite construction that features an armor shell and impact resistant soft core. 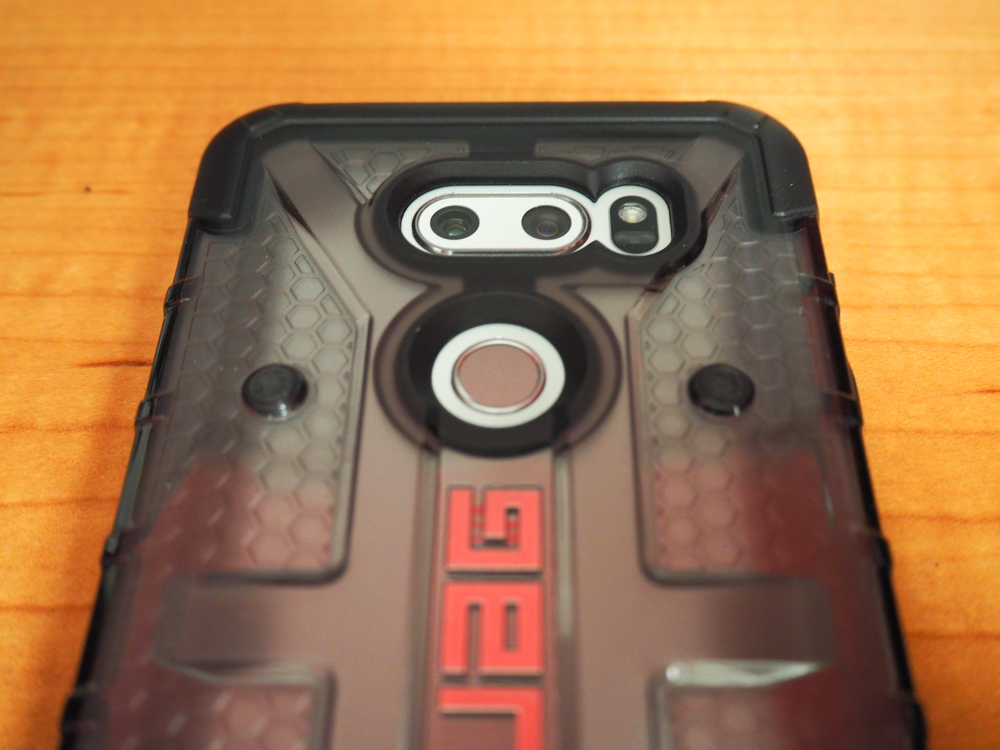 It’s not as clean looking as some other cases, but you can tell the UAG Plasma Series case means business. What I really like about it is the fact that with this one, my LG V30 is no longer the slippery phone it once was. No longer do I fear dropping it as I feel much more confident holding it in my hand with the case on.

I also like that the back shell is hard while the borders are made of a rigid rubber, giving it some shock absorbancy. The top and bottom portions of the case are raised up front to protect the screen from drops though the sides sit a bit lower than the screen. I actually like this design as it allows my fingers to move more freely at the edges of the screen. 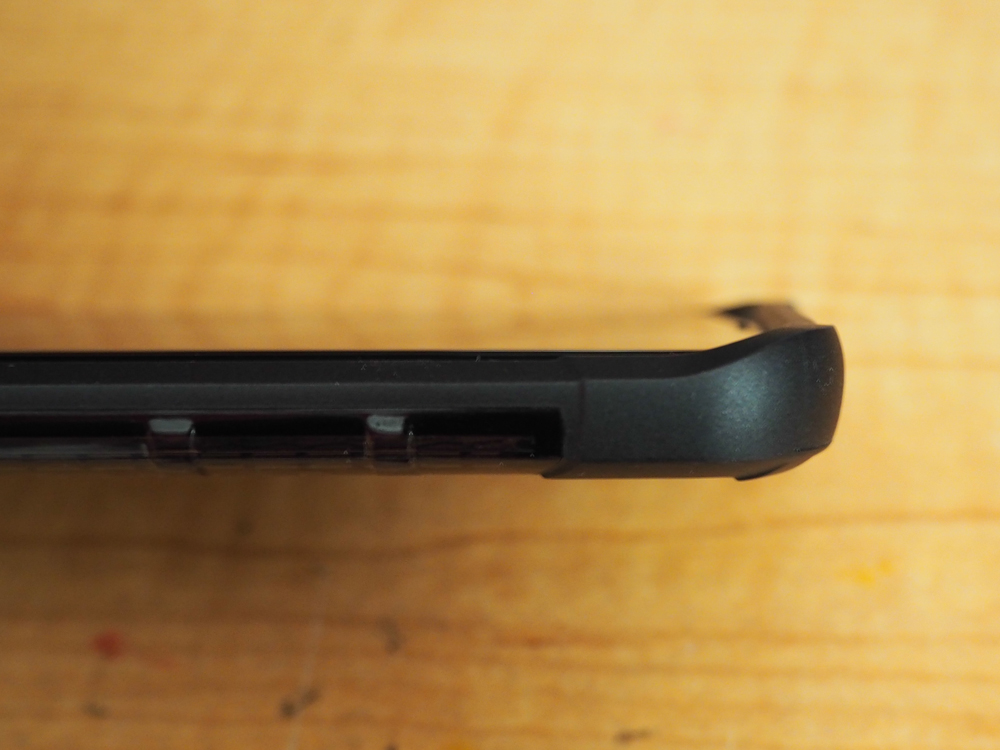 The case is near perfect and if there’s only one complaint I have about the case, it’s that it doesn’t come in more colors. As of right now, it only comes in either clear (Ice) or smoke (Ash). That’s fine if you like simple colors, but those who want something a bit more flashy and colorful will have to look elsewhere. That’s a shame because they’ll miss out on what is otherwise an amazingly protective and good looking case.

That’s it. I’ll definitely keep using the UAG Plasma Series case on the LG V30 as my main. I don’t mind the boring Ash colored case I have because it goes well with the silver back and all black screen. And at the moment, I’m actually much more concerned with keeping the LG V30 nice and minty as I don’t like owning busted devices. With that said, I can recommend the UAG Plasma Series case to anyone who wants a rugged, protective case that isn’t very bulky, and can still withstand an active lifestyle.