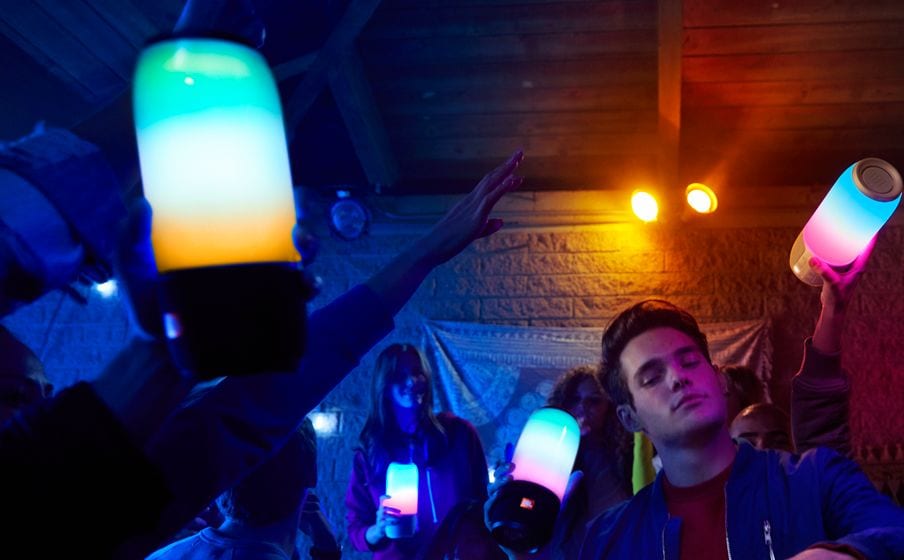 I’m sure most of you when you you’re not listening to music on your headphones, you’re probably pumping music out through your smartphone speakers. That’s all fine and good when you’re by yourself, but if you’re trying to fill a room with sound, it’s not the best solution. That’s why I also keep a handful of wireless Bluetooth speakers around that I use depending on my mood. One of my favorites is the JBL Pulse series mainly because of the fun lightshow feature. This year, JBL introduces the Pulse 3 which has again made massive improvements to Pulse line by adding some new features and design choices that make this popular choice when it comes to portable speakers. 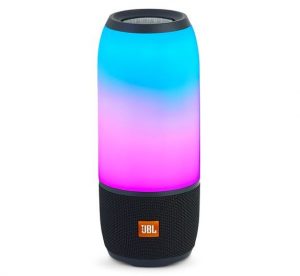 I don’t know if this is intentional, but it seems that each new Pulse speaker gets larger and larger with each update. The original Pulse was pretty decent in size and could be carrier easily in a bag while the Pulse 2 was slightly larger, but still manageable. The JBL Pulse 3 however is way larger compared to the previous ones and that mainly has to do with the new design and placement of the actual speakers.

The new design feels like a combination of glass and plastic. Unlike the previous ones that had a metal mesh grill, the new lightshow area is doesn’t have this, which means no more “dot matrix” style feel to the lightshow. Instead, the lighting now looks fairly smooth and fluid and has more of a wow factor to it. There’s also no separation in the glass either which means the lightshow is a complete 360-degrees now.

I’m assuming separating the lighting effects from the speakers allowed for the cleaner look of the lightshow. It probably also allowed for the Pulse 3 to be sealed better, giving it its new IPX7 waterproof rating instead of just being splash proof like the previous one. That means you can safely use it by the pool without fear of it falling into the pool as it can be submerged now and still survive.

The JBL Pulse 3 did lose one feature, though it didn’t really do much to be honest and that is the JBL Prism color sensor lens. What this was supposed to do it change the color of the light show based on what it could see from the lens. It worked sometimes, but it was usually hit or miss. This option instead has been moved to the JBL Connect app on your smartphone and works way better and allows you to customize every aspect of the colors in each lightshow preset. 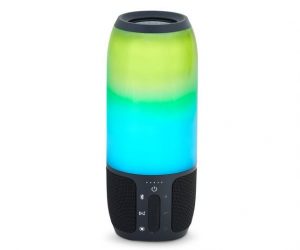 I’m a fan of the way the JBL Pulse 3 sounds. I’ve always been a fan of how the Pulse line sounded and Pulse 3 doesn’t disappoint. It is still very loud and room filling and offers a full range of highs, mids, and lows. The bass is pretty punchy, but not over-powering.

If you have other JBL products that feature JBL Connect+, you can actually play your music through all of them via party mode which means you can play your music in a bunch of different locations locally so more people can enjoy your playlist. You can even set up two Pulse 3 speakers together and have them output in stereo mode. I couldn’t try this though as I don’t have other speakers with the newer JBL Connect+ feature.

The JBL Pulse 3 is very easy to set up. Basically just pair it via Bluetooth and you’re good to go. Changing lightshow presets is as easy as pressing a button on the speaker, though you can also do it with the optional JBL connect app which lets you take a bit more control of the lightshow if you decide to download it. This includes a custom mode in which you can make your own lightshow.

Like the previous Pulse speakers, these also have their own set of buttons to control aspects of your music. There are volume buttons that are actually separate from the volume controls on your phone. There’s also a play/pause button that can also be used to skip to the next music track if you double press it.

You’re supposed to also be able to use the play/pause button to activate Siri or Google Assistant. I’m using this on a new LG V30 with Android 7.1.2 and it doesn’t seem to want to work. No matter what I tried, I could not get it to work. However, when I connect the speaker to my wife’s iPhone 6s, it works just fine with Siri. 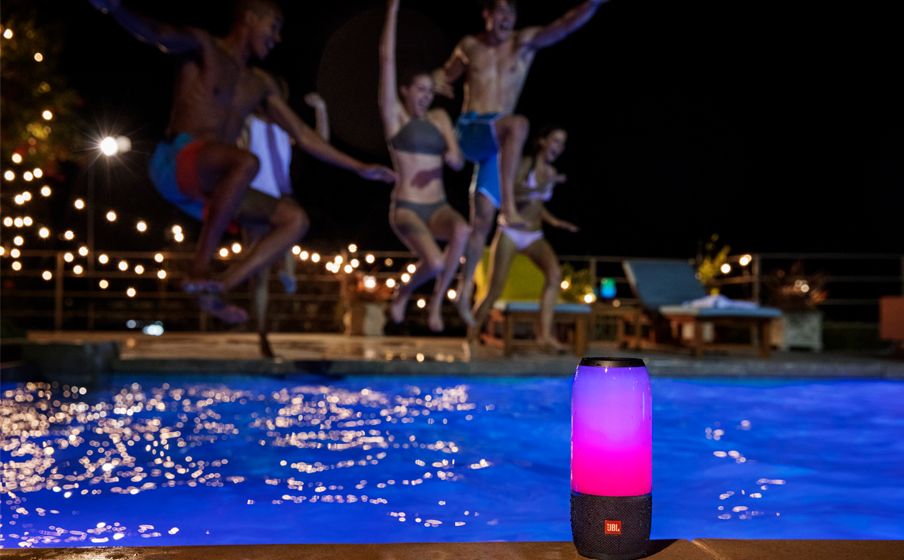 I’m digging the JBL Pulse 3. While much larger than the previous two iterations, the Pulse 3 is the best one thus far. The lightshow looks so much better now without the mesh screen, it’s now 360-degrees, and you can now properly choose the colors you want to use. I also really love the fact that it’s waterproof and lasts for about 12 hours per full charge.

What I don’t like is how big it has gotten as the past versions were much smaller. I guess that’s the price you have to pay if you want longer battery life, full waterproofing, and a better looking lightshow. In the end I think that’s a fair trade.

Overall, I can recommend the new Pulse 3. Those with older models don’t really need to upgrade unless you want the better looking lightshow and longer life. If you’ve never owned one of these, I recommend them as they sound great and the lightshow is just a bonus that looks cool that will have others envious.

Got any questions about the JBL Pulse 3 that I maybe didn’t cover here? Let me know in the comments below and I’ll try to answer them.