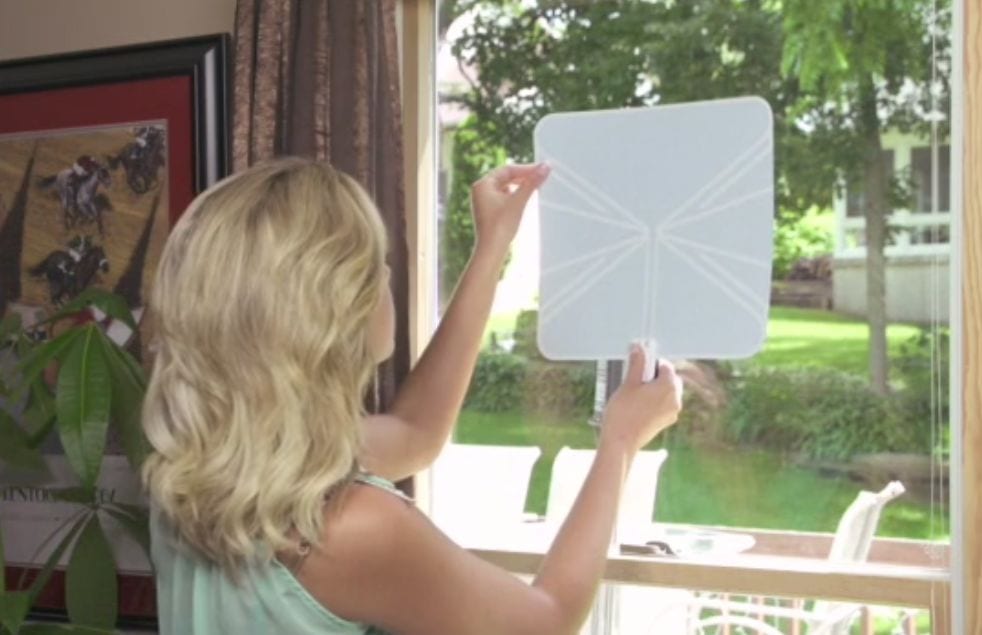 You may have heard that more and more people are “cutting the cord” in an effort to save money while still being able to watch content freely. That means no longer paying your cable or satellite company and instead watching your favorite entertainment via online streaming or free OTA (over the air) HD broadcasts. What I’m looking at today deals with OTA HD content, which many televisions these days support, but require an antenna to make use of it. These days, most homes don’t even come with antennas installed anymore and lets face it, antennas of the past were pretty darn ugly. With that said, I was sent the new Winegard Flatwave Amped broadcast antenna to try out as a means of getting much of my local television channels without having to pay a cable or satellite company to watch them.

The Winegard Flatwave Amped is what it sounds like. It’s a super flat indoor TV antenna that you can mount to any surface. No more rabbit ear antennas or ones that can take up valuable space. This one instead mounts to a wall or better, a window that allows for maximum signal receiving.

I tested our the antenna in 2 possible configurations. First I mounted it on a wall just to see what it could do. When scanning for channels, it did pick up a few, but I was missing some I knew should have been there. Also some of the channels would skip or freeze meaning the signal form those channels wasn’t really coming in properly. Next up I mounted it to a window with a very clear view and this changed everything. It was able to pick up almost 50+ free stations, though many of them I would never watch. What I was happy to see though was that all my local network television stations were present which used to be a bit of a problem with my other antenna setup.

The main draw for an antenna like this is the amount of money you’ll save. Yes it’s very easy to set up and yes it works very well as long as you have a clear view of the outside, but the main thing is you get all your local channels for free without having to pay ridiculous fees for extra channels you’re never going to watch. Not only that, it’s not an eyesore like traditional tabletop antennas and it is reversible to either black or white to better match your decor.

Note that there are two version of this antenna, but I went with the Amped version as it can receive signal up to an amplified 50-mile range as opposed to the regular 35-mile range.