Destiny 2’s Beta is finally here and for fans of the series (like me) the last 48 hours of playing the beta say a few things about what to possibly expect going forward. It’s one thing to see what the game looks like on Twitch and YouTube but it’s another to finally be able to play it. The big question is “What can we expect from the beta?”. My answer? Nothing more than what we’ve seen so far. This isn’t necessarily a bad thing. 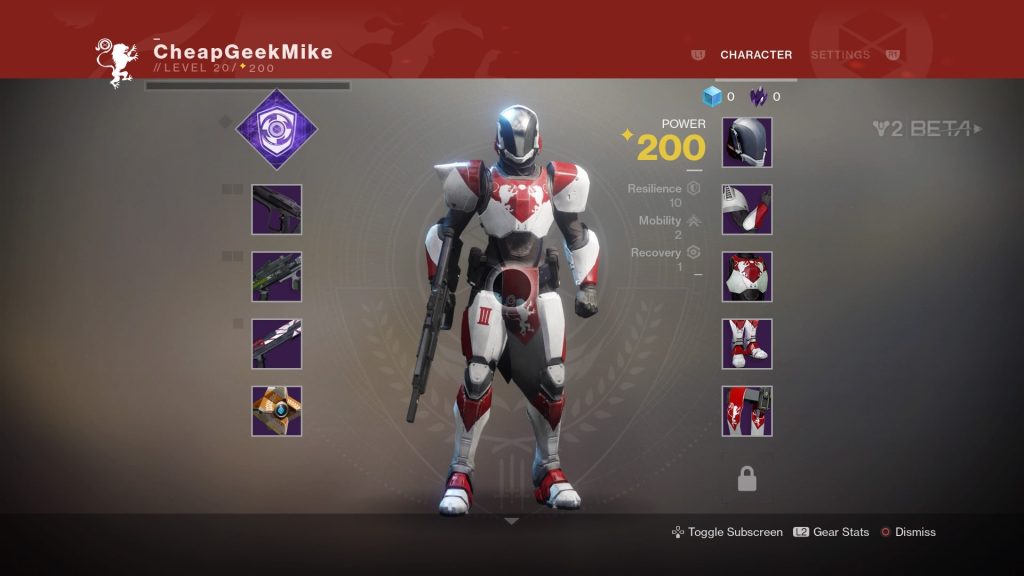 Let me start off by saying that the Destiny 2 Beta was a shit load of fun. It picks up right where Destiny left off but with a new story. As we all should know by now, this Destiny is about the Cabal and the leader of their Red Legion, Ghaul. The intent of the beta is show off that aspect of the games’ story as well as the changes to the overall gaming experience. It’s a good start but there is a lot to like and a lot to dislike.

The first mission “Homecoming” was action packed and it was the first thing to like about the Destiny 2 beta. I saw it online originally and I was hyped up for it back then but when I played it, right away I felt the sense of urgency to shoot everything moving and try to protect the Guardians tower even though I knew the outcome wouldn’t be good. I started off with the Titan (It’s my favorite character class) and began the assault. 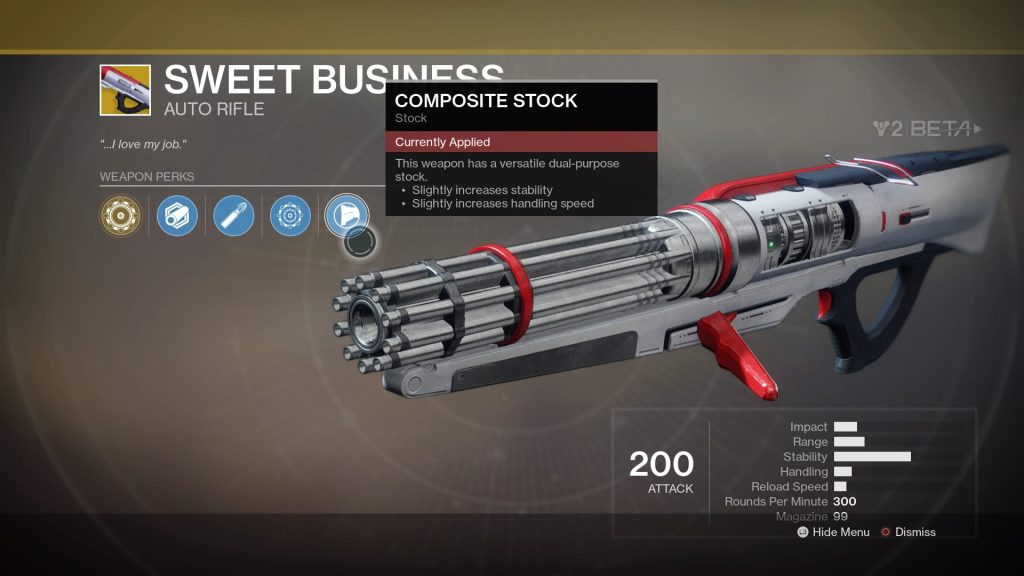 The gunplay of Destiny has always been its strongest suit. It remains the same here. Guns are easy to use, easy to aim and they do the job….somewhat.

The visuals in Destiny 2 are beautiful. If you have a 4K TV and a PS4 Pro then playing Destiny will look better than it has before. Even if you don’t have a PS4 Pro and a 4K TV Destiny is a joy to look at visually.

Crucibles were fun. The Crucible was probably Destiny’s Achilles Heel aside from the clusterfuck of a story. Bungie seemed to listen to the community and made some adjustments to the crucible at least as it seems so far. Instead of 6v6 it’s now 4v4. There are high intensity matches which I can assume are for more experienced players and low intensity for less experienced players. There was only one map in the beta and it was zone control and countdown matches. The matches were engaging and I spent most of my time in the beta playing these matches so I’m excited to see what else comes from the crucibles except for the Trials of Osiris. I hate the trials (Mostly cause I suck at it)

Guardian subclasses are incredible and more powerful. The Titan now has the Sentinel, Hunter has the Arcstrider and the Warlock has the Dawnblade. The Cabal are probably Destiny’s most powerful enemy and in order to combat them the Guardians had to get stronger. The new supers are really well animated and you really get to see what the Guardians can do with their ability once their supercharged. The Hunter Arcstrider’s martial arts skills are probably my favorite so far but I can see them being so annoying in the crucible. The Guardians also have special class abilities than be used by holding down the crouch button. The Titan has a temporary force shield, the Hunter has a shadestep ability and the Warlock has a sort of healing force field 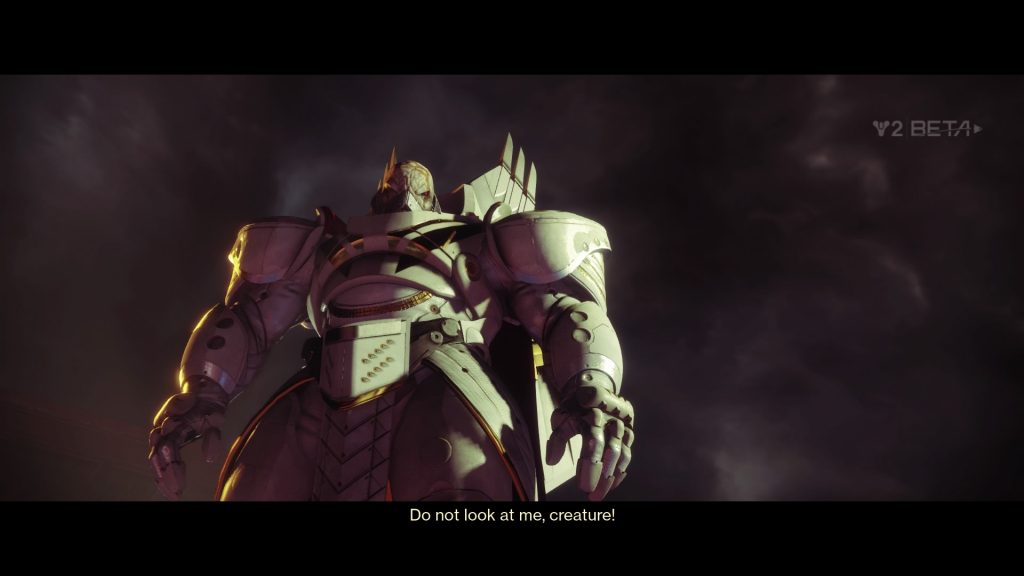 Lastly, Ghaul. I mean, what’s the point of playing Destiny without a big bad ass boss to deal with. Ghaul is cool. I still think Oryx is the most bad ass boss but Ghaul is not far behind and clearly he is brazen and fearless. He’s got the Red Legion with him, they destroyed the tower so we know he’s not playing around. 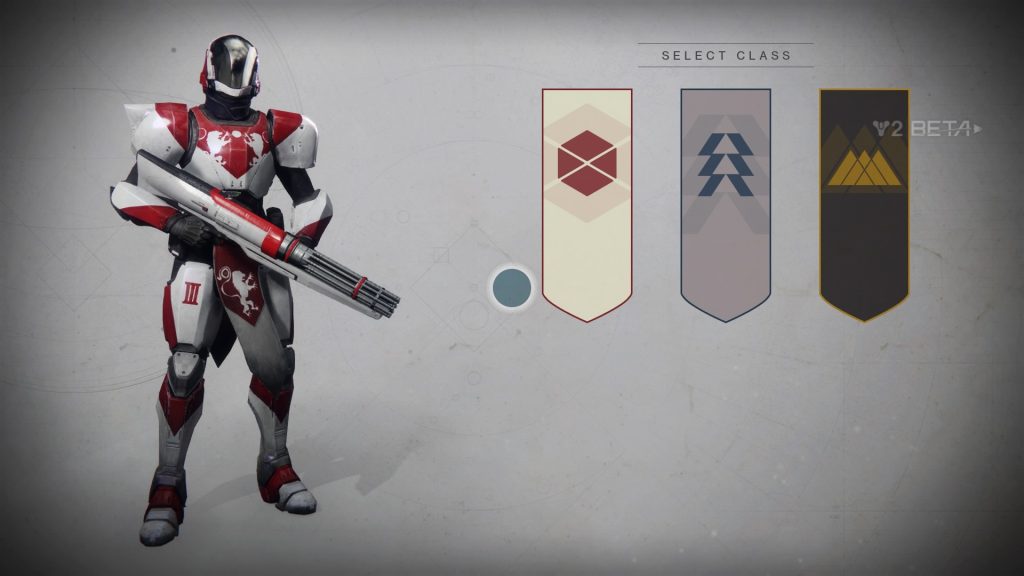 Like I said, there is a lot to like with the Destiny 2 beta but there’s a lot to dislike. Keep in mind though, that is a beta and far from the final version so any flaws that appear now will probably be gone by release. So don’t be overly critical and get your panties in a bunch (no offense ladies). These are my gripes about the beta.

Cooldown times for grenades, specials and supers are long as fuck. So many times in battle I could not throw a grenade, use my special abilities and even worse I had to do so much damage during the course of a strike just to build up my super. I don’t know if this was done intentionally to focus more on the gunplay but Bungie needs to fix this ASAP or nobody will want to play this game at all. This was the biggest problem with the beta for me by far. 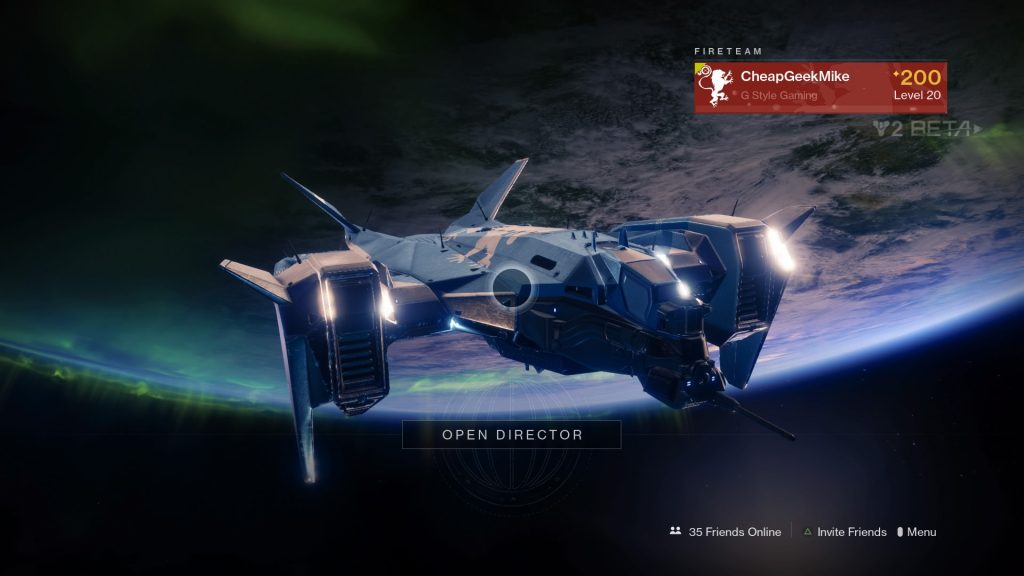 The guns in the beta were weak. I practically had to empty a clip to kill an enemy no matter what gun I used. I tend to favor scout rifles because of their impact and range and in this game the scout rifles were horrible and I found myself constantly shooting an enemy just to kill him. Even with a scout rifle. The grenade launcher was a weapon that I was dying to use and it sucked. I was expecting a lot more impact from a grenade launcher. I mean, it’s a grenade launcher. Bungie, fix the guns.

The game is glitchy and the subclass customization was a pain in the ass. It’s the result of the game being in beta, I know this but I found it to be so difficult to change certain guns and change from mobility to resilience without being kicked out of the game and having to start all over. Same thing was happening with loot, No loot to be gained when really sucks. When I was playing the beta, overtime I completed a strike and finish a crucible match that I won. I never received any loot or at least every time I attempted to, the game as always kicked me out. This particular is me nitpicking but if it matters to me then it probably matters to someone else

What’s my overall take on the Destiny 2 Beta? It’s mixed emotions at this point. I’m excited as hell to get back into Destiny because lord knows I love this game. I’m not going to be overly judgmental of the game up to this point because, it’s a beta. YOU should probably treat your criticism the same way until the final product. We’re only testing and I’m sure the folks over at Bungie are going to be checking the blogs (including this one) and reading all of the first impression feedback. By the time we get the final version of this game I’m quite sure they will have addressed most of the big issues that Destiny players have problems with. They won’t fix it all, it’s not possible. Destiny players will always find something to complain about. Trust me.

There are a lot of things I do like and a lot of things I don’t like but can’t that be said about any game you play? I’ll still be playing and loving it. Destiny is a really good game and a shit load of fun, I don’t care what anyone says. Those same people who hate it, play it the most, believe me. For now, enjoy the beta even in its limited capacity, get your feels back and start planning out your clan and characters that you’ll be using. I thought the beta was pretty dope and I can’t wait to see more.