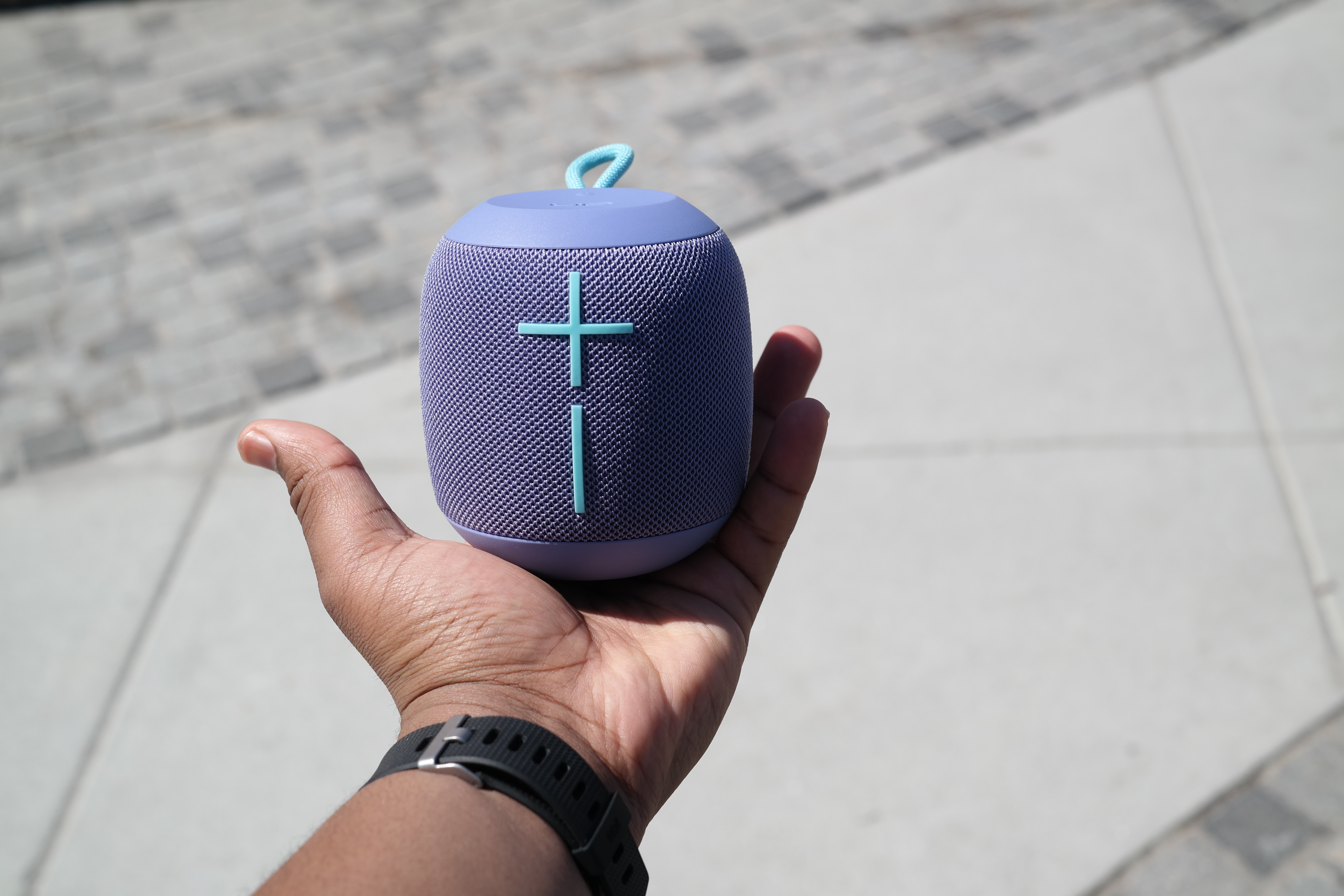 A great $99 speaker to recommend was of course the UE Roll 2. It hit the sweet spot in terms of pricing and gave you a nice sound experience mixed with its ability to be waterproof. Its distinct style and wild array of color patterns helped it stand out as well. This year Ultimate Ears is back at this price point again with what they are calling the WonderBoom. The WonderBoom looks to be an interesting addition to the Under $99 Club.

When you look at the UE Wonderboom it bores more resemblance onto the UE Boom and Megaboom than the Roll series. The Wonderboom looks like what happens when you cut a Megaboom in half and widen it out a bit. It weighs around 14oz and got a bit of heft to it. It has a small carbineer style loop on the end which can be for holding it or latching it on something. I feel it could be slightly bigger. Like all Booms, there is huge Volume buttons on the front and a power button up top. 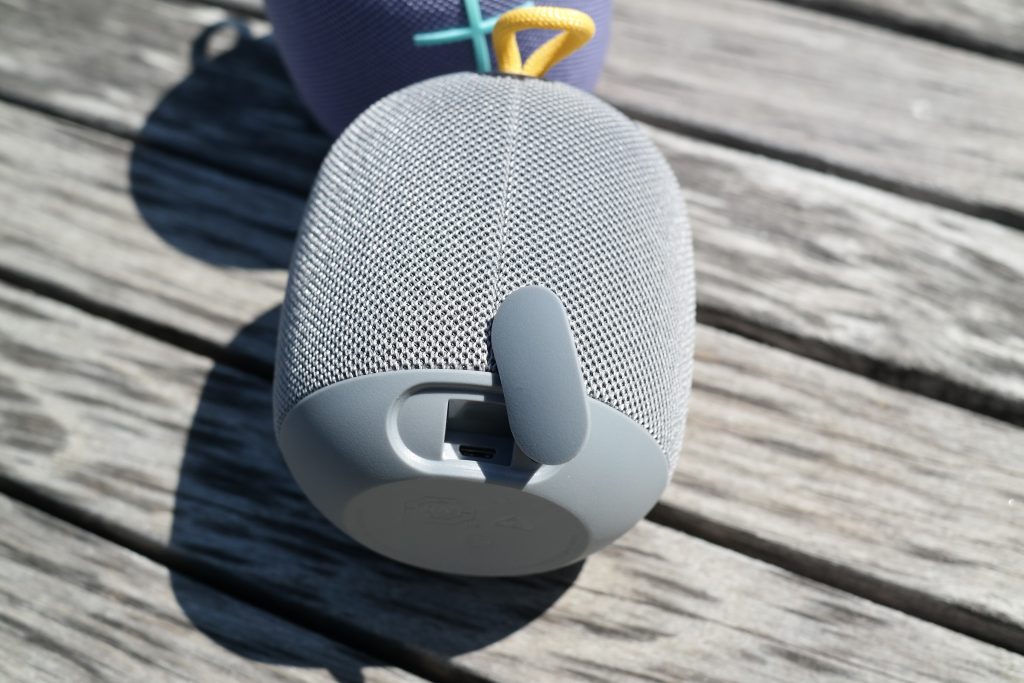 Also, which is concealed is that the “UE” insignia is a button as well. It can be used for play/pausing and if held down you can Double Up with another UE Wonderboom. I did test it out and it takes a minute or so to sync up and its all good. As with other Booms you get IPX7 for waterproofing, and about a 100-foot wireless range. Only difference is you can’t pair these up with more than 2 at a time.

The Wonderboom comes equipped with a microUSB cable and AC plug. 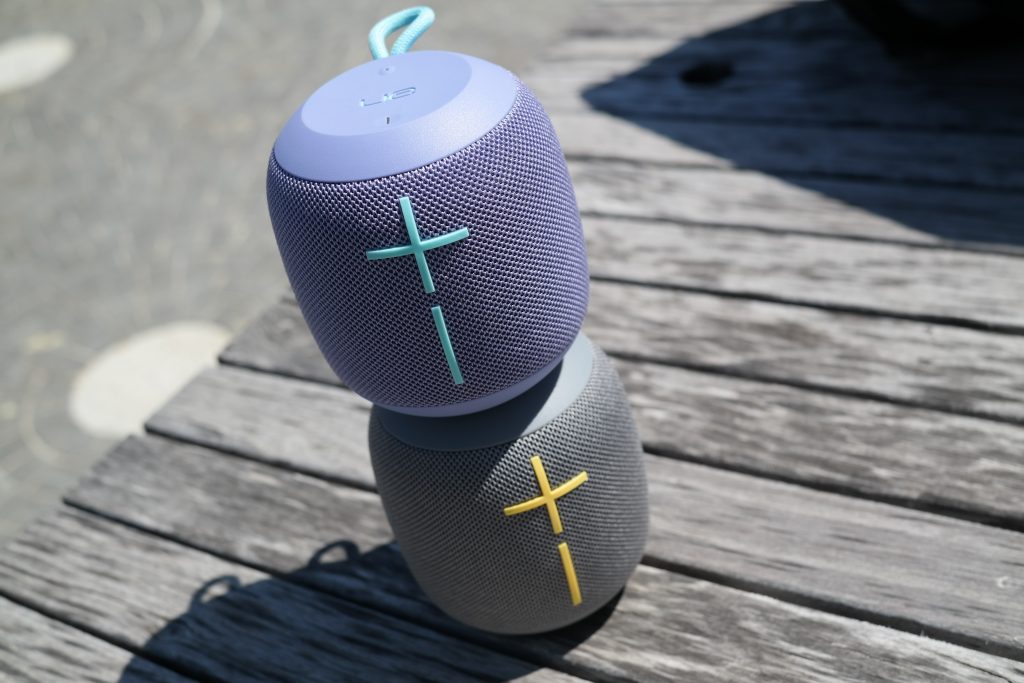 Comparing these to the Roll 2 and I feel sound wise they got them beat in some areas. These push out more bass and sound might be able to travel better with it being able to stand up and spread 360 versus the Roll 2 always lying flat unless you hang it somewhere. These speakers can push out crazy sound though and used it to fill up my apartment with ease. Depending on what you play some things sound better than others and quality is really in their UE Boom 2 but looking that you are going to pay half that you will have some sacrifices. 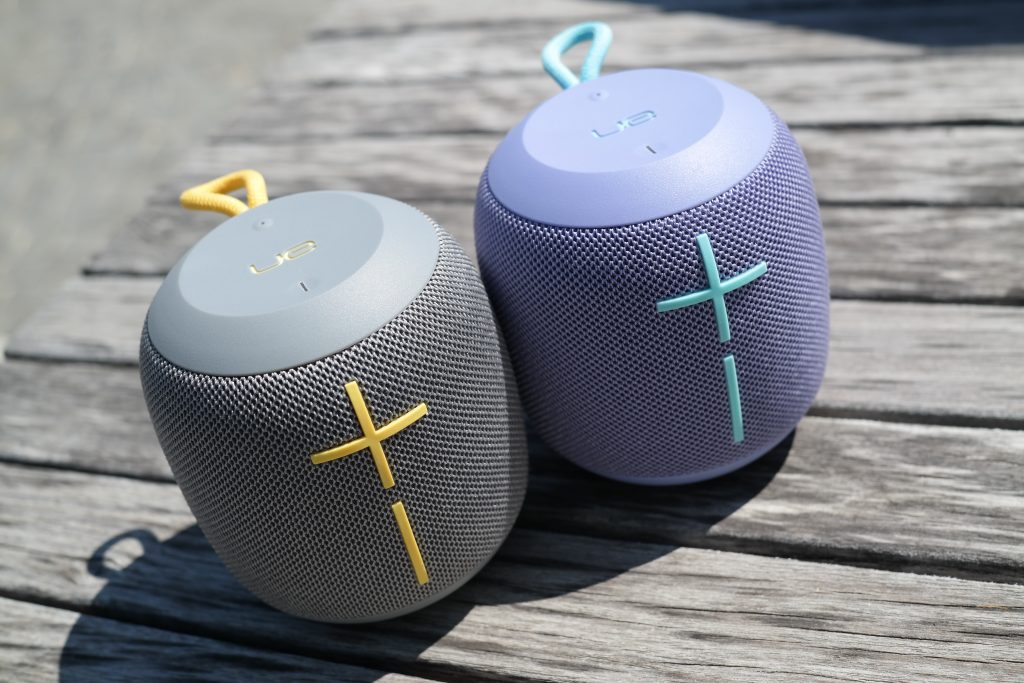 I haven’t gone on any sunny vacations yet so unfortunately I haven’t taken it to any beaches. I have used it around the house while cooking and cleaning and showering. Its size makes it nice to position around the household and put on some small shelves.

Ultimate Ears has managed to give you variety at a $99 pricepoint. You have this newer Wonderboom which looks more like other Booms, give you 360 degree sound, and Double Ups. Roll 2 has similar features but has a bungee cord for hanging some areas. The Wonderboom is a nice addition to the UE family and you realistically can’t go wrong with either.