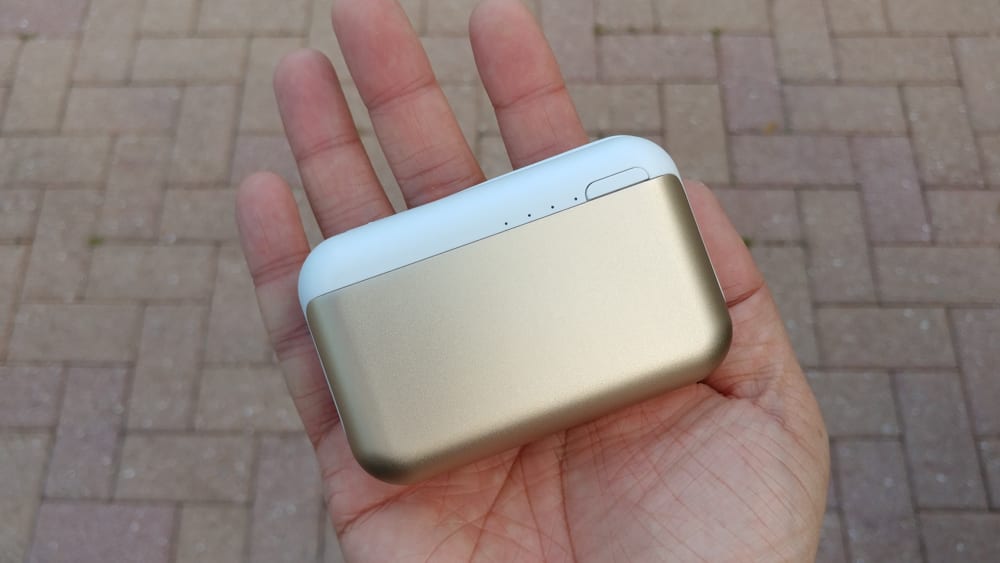 Backup Batteries are essential these days, especially with all the devices we carry around with us and the amount of power they consume. It’s not uncommon these days to have to stop somewhere and give you smartphone a little recharge and with a backup battery at least, you can top off on the go. The problem is that if you forget to bring a cable with you, that backup battery is pretty much just dead weight. That’s why I can appreciate something like the Just Mobile TopGum backup battery. Unlike some other ones I’ve looked at, the Top Gum has its own built in, tangle-free Lightning cable for those with Apple devices. 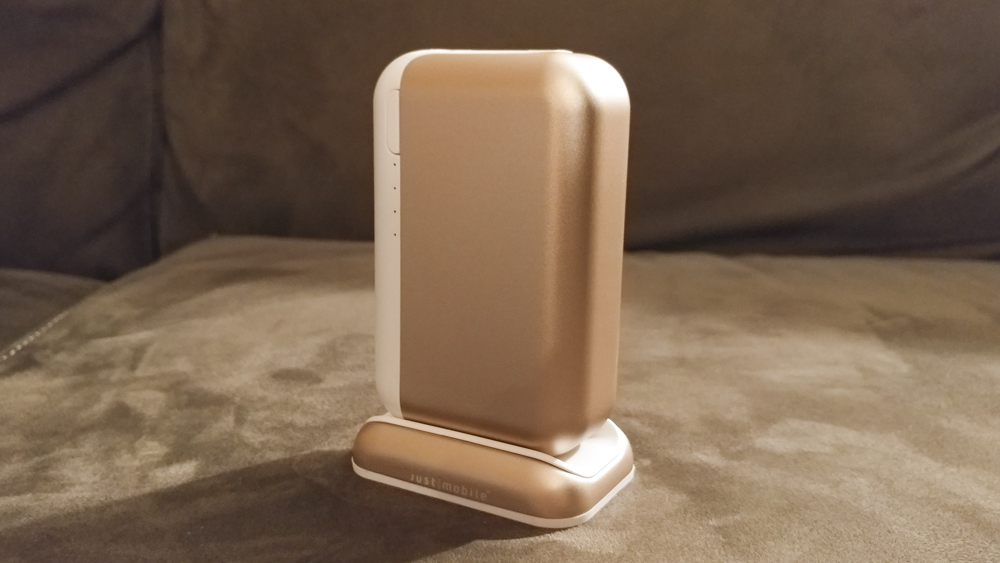 As an update to their popular Gum+++ model, the TopGum has other improvements aside from the built in Lightning cable. If you don’t own an Apple device, the TopGum also has a standard USB port so you can charge other devices. You will need a separate cable for those though. The TopGum is also able to charge itself wirelessly thanks in part to a new charging dock that makes use of magnetic charging. That means no more having to fumble around for cables and you can just drop it on the dock when it needs charging. Of course if you’re out and about and don’t have the dock with you, you can still charge the TopGum normally using a regular cable. 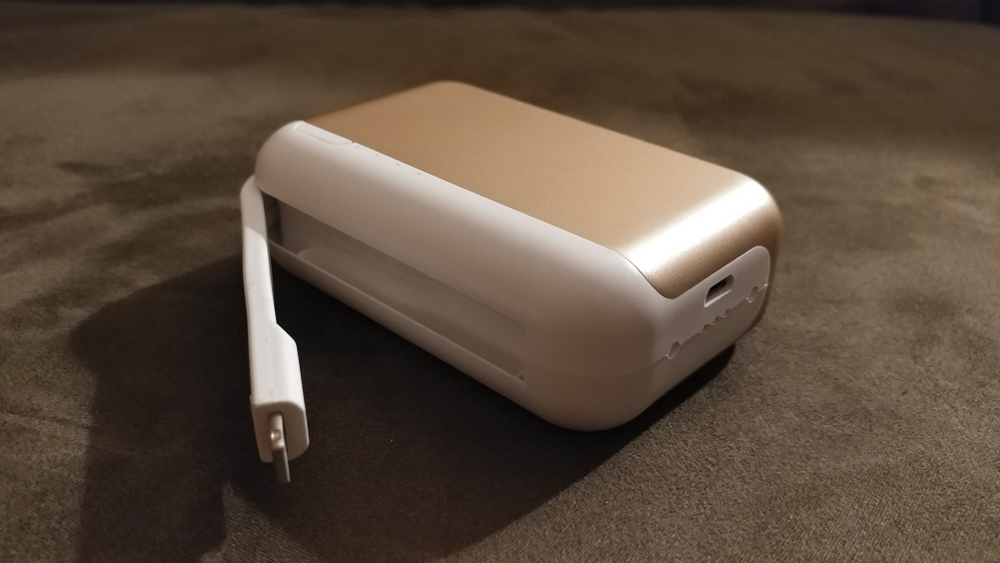 Like the Gum+++, the TopGum also has an aluminum body as well as LED indicators to let you know how much power reserve power is left. The package itself is not much bigger than the old Gum+++ and the benefit of not having to carry around extra cables for Apple device owners is a big plus. The battery capacity of the TopGum is 6000mAh which amounts to about being able to charge an iPhone roughly 3 times.

Overall, the Just Mobile TopGum is a great backup battery for users on the go, especially for Apple device owners. Not having to carry an extra cable is a really convenient thing and being able to just drop it on the dock to charge is too. It’s also not too large and will fit in your pocket, purse, or bag and doesn’t weigh all that much either. Non-Apple users will still need to carry around a cable.