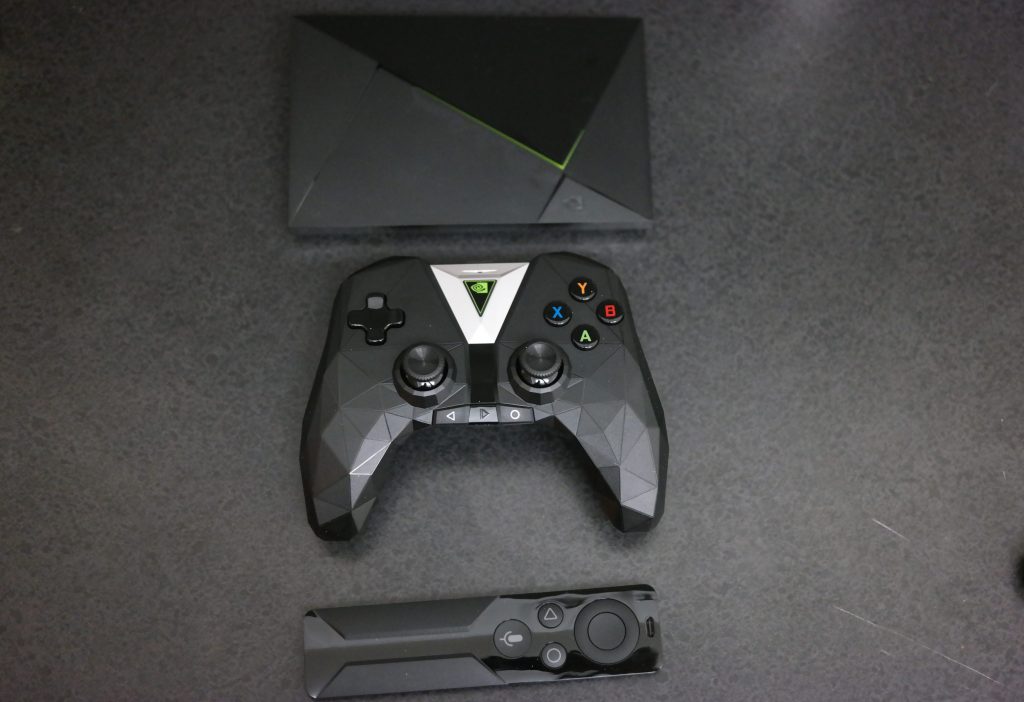 NVIDIA heavily known for its intensive graphic processors catered to the gaming world had decided to jump into the gaming world with its own hardware devices in the past few years. First it was the SHIELD Portable, followed by the SHIELD tablet and then releasing the Android TV behemoth SHIELD TV(originally SHIELD console). It came around a time when Android TV and even media players such as Amazon’s Fire TV tried to find its place.

Within the past couple of years SHIELD TV has turned into one of the Must Have Android TV & killer Streaming Media Players on the market with its continued support and plethora of features. This year NVIDIA showcased at CES 2017 has decided to revamp the NVIDIA Shield TV hardware to make it slightly more appealing and strive to make it one of the best out there. 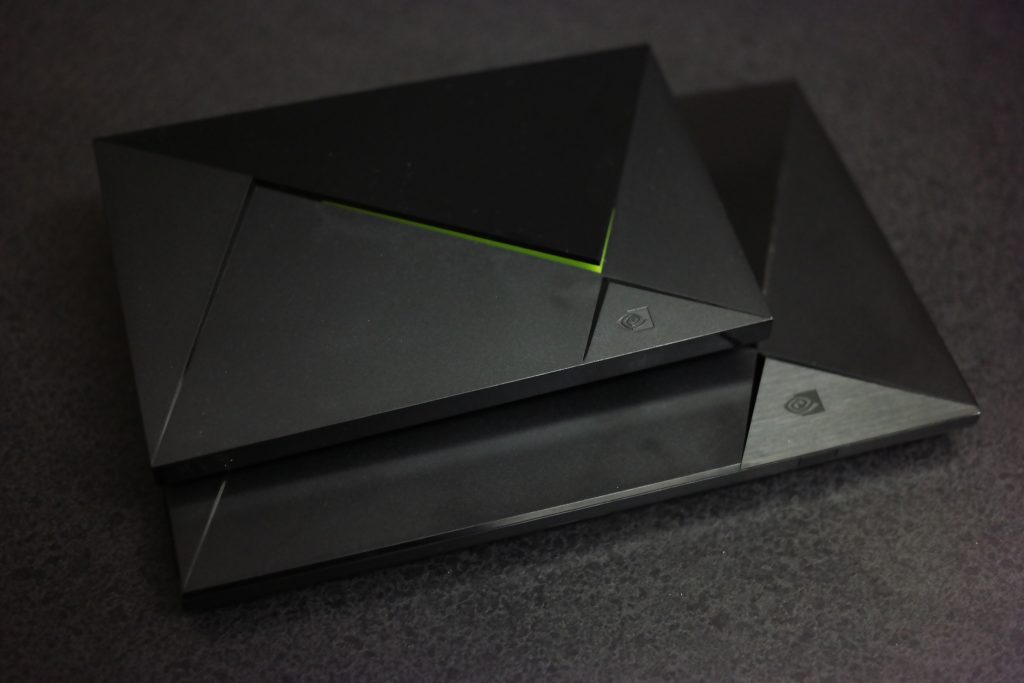 As you can see NVIDIA has managed to shrink the size of the SHIELD TV while keeping the massive hardware specs that has made it a household name. I’ll tell you when I first saw the 2017 model at CES I was like oh yeah this is small but once I compared it at home to the 2015 version all I could say was wow. The original version weighted little over a lb. while the revised version a little under a pound. They manage to slim this baby down in all area in height and thickness. They managed to take all the power from the older model and cram it all into this one. Look at this spec tally…

As per NVIDIA’s benchmarking they have themselves killing the comparisons whether you have the new or old model. This being said I have tried every device they mentioned and it’s hard to compare anything to the SHIELD TV. It is definitely in a league of its own.

Redesigned Controller is the Killer Feature 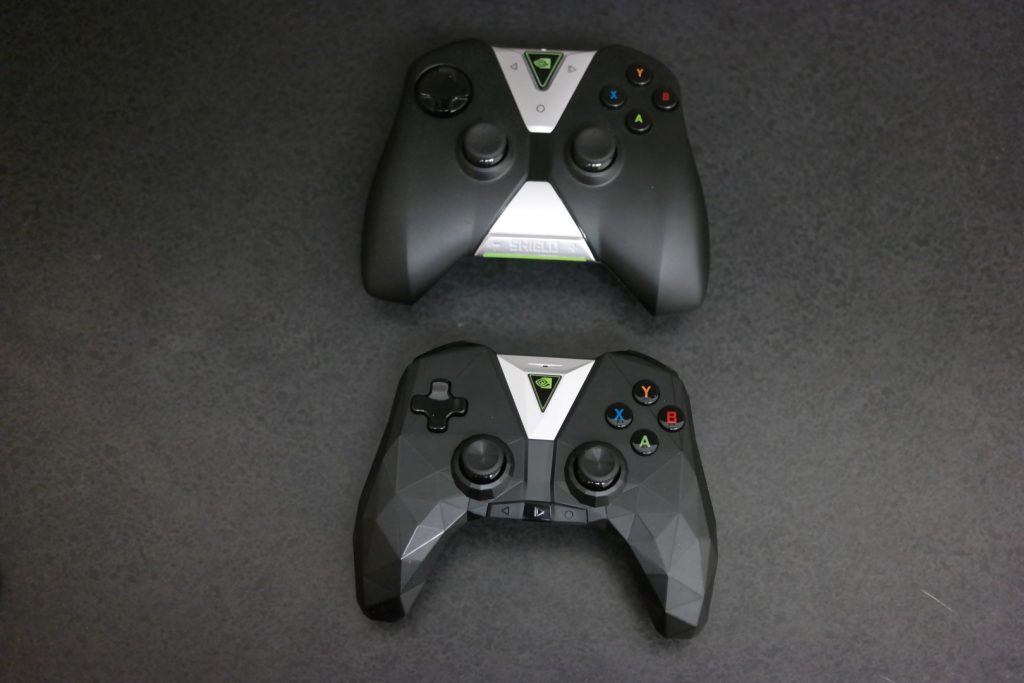 This is where everything really changes. It’s with this total rebuild of their controller. Their older controller was a bit bulky and even closely resembled its NVIDIA Shield Portable. This refresh they have provided feels closer to some of the modern gaming console controllers such as the XBOX One & PS4. It’s easier to grip, analog thumb sticks are slightly deeper for better control and the buttons have been remapped. While the ABXY are still there, the circular D-Pad is removed and more directorial for better response.
The biggest change is how it responds to voice controls. It picks up voices better and makes it easier to navigate your Shield TV. I saw them demo this with Google Assistant back at CES and it was incredible how they used it to power on and off everything in the home. I also found I don’t have to charge the newer controller as much as the older one either.
Besides the controller being rebuilt they have made some slight changes to the remote control. It now runs off one of those clock-size batteries instead of the rechargeable aspect the first one presented. We will see how well this works down the line but so far so good.

To Upgrade or Not? 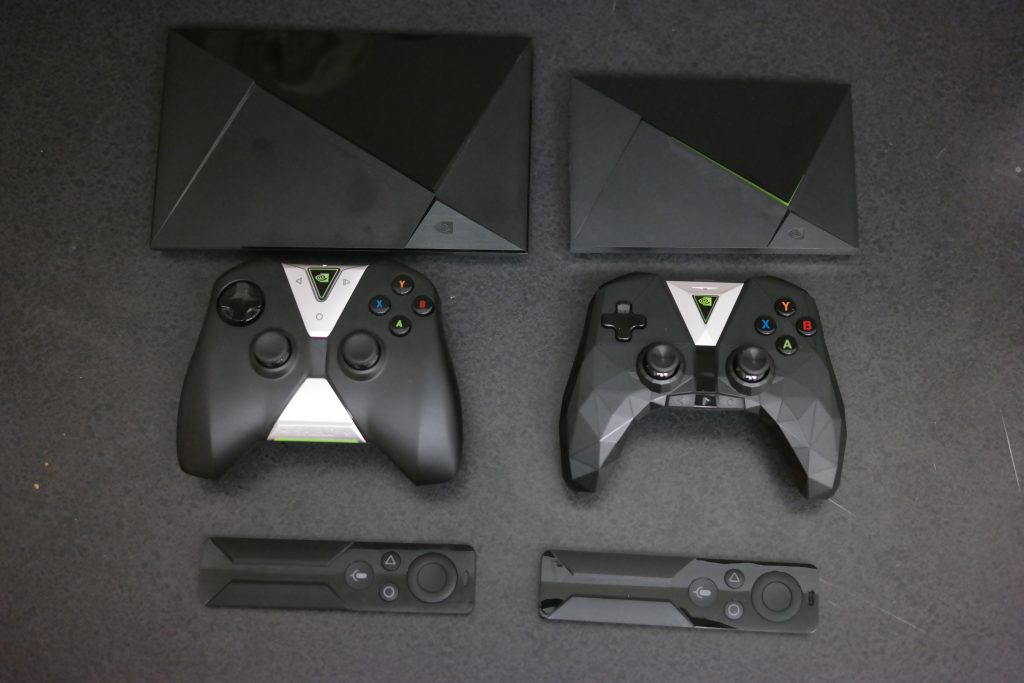 When it comes down to it NVIDIA has upgraded their SHIELD TV console to be smaller and fit better in your home than ever before. It was a sleeker and smaller profile so it can easily be under a TV or stacked next to your other media devices and no one would even notice. The omissions of some ports aren’t noticeable if you don’t use them. If you do opt for the PRO model you will get those. Now if you have the older version there is really no reason to upgrade to this console. If you do any upgrades, it’s in the controller department. I feel like that’s where the revision of the SHIELD TV shines and its noticed once in hand.

NVIDIA SHIELD might be one of the more expensive streaming media boxes out there but it gives you so much whether its consuming media or doing gaming that it’s worth the price tag.