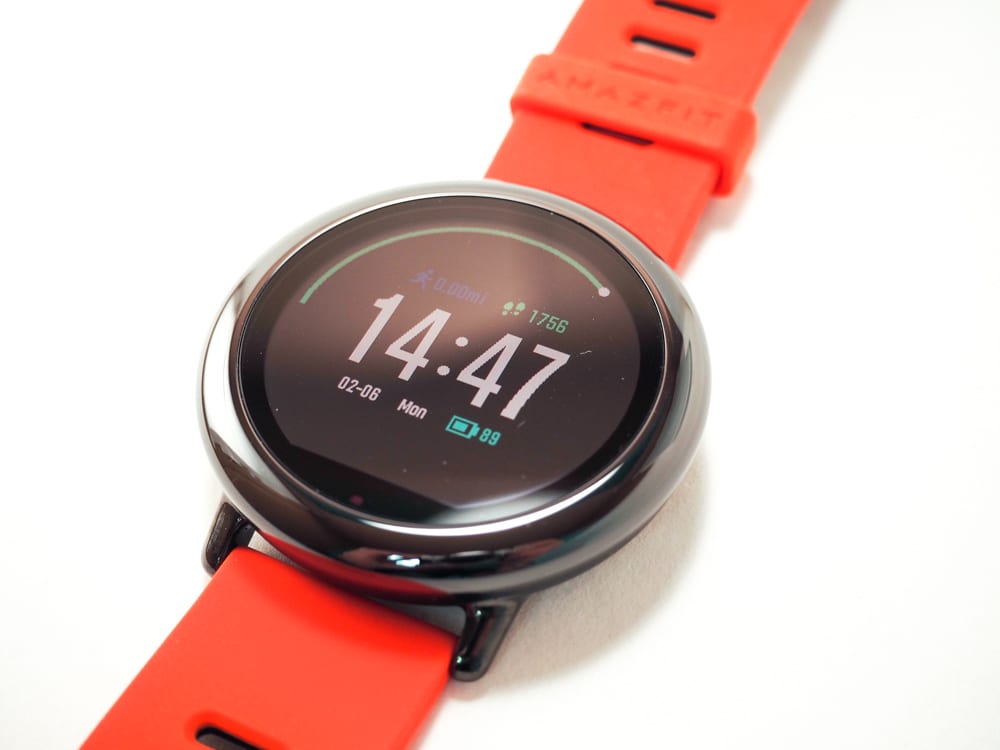 This week I’ve been checking out a brand new fitness geared smartwatch from a relative newcomer here in the US, Amazfit. While Amazfit might be a new name here, they’ve been around globally and are the second largest global wearable company and the manufacturer of Xiaomi’s Mi Band. While I’ve heard of the Xiaomi Mi Band before, all I know of it was that it was a really cheap Fitbit alternative that users over at Slickdeals would talk about constantly. Of course I’m not here to talk about that or the companies history. Instead I’m here to talk about their latest product, the Amazfit Pace. The Amazfit Pace is a surprisingly feature packed smartwatch at a relatively affordable price that includes features like GPS, a heart rate monitor, and sleep tracking. Not to mention a battery that boasts 5-days of life between recharges. 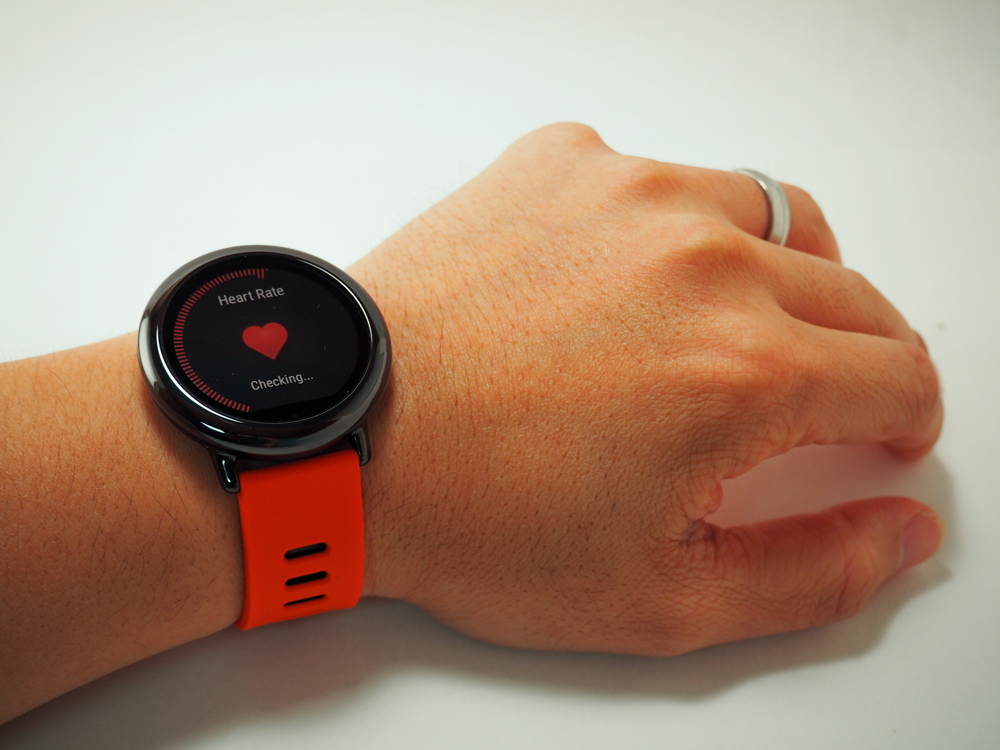 The Amazfit Pace is a smartwatch not unlike something like the Moto 360 Sport. It is a round watch with a 45mm body and a 38mm screen. It’s maybe about 15mm thick which isn’t too bad at all and doesn’t feel overly chunky when worn. Unlike the Moto 360 Sport though, the Amazfit Pace has a removable and replaceable watch band meaning if you wanted to, you can change the watchband to something different if it ever becomes worn out of if you just want to switch up the way it looks.

Speaking of the band, the default band is pretty decent. It’s made of silicone rubber, making it soft and comfortable. It doesn’t seem to pick up lint or dirt like other silicone bands do though you’ll still want to clean it from time to time from sweat.

The face of the watch itself is very attractive and clean featuring a polished ceramic frame. It has the look of metal but is supposed to be more resistant to scratching. On the side is just one button that is mainly used to just to either wake or put the watch into standby mode. 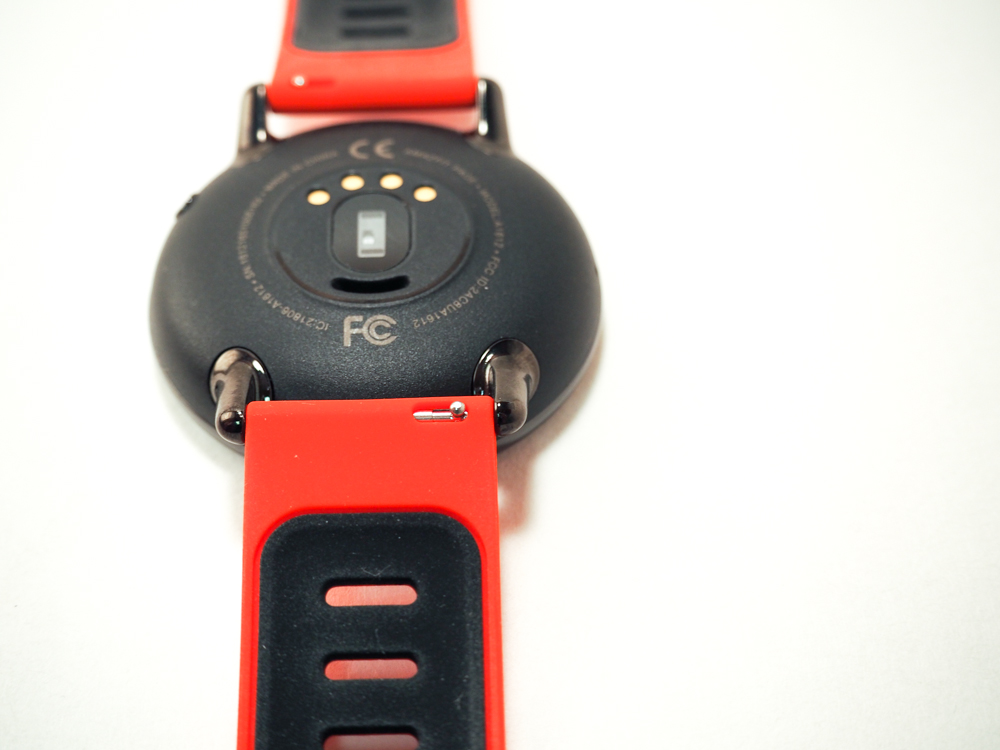 The Amazfit Pace does not run Android Wear or Tizen. Instead, it uses its own proprietary OS that is surprisingly good. Like most fitness minded wearables, the Pace can track distance, steps taken, has a heart rate monitor, and can even track your sleep habits. It can also record specific activities like running and walking and thanks to built in GPS, it can record where these activities took place and the route you took. On top of that, it has a few extras that go beyond fitness such as such as a 5-day weather forecast and a built in compass. It even does notifications from your smartphone if you want to be notified of important events like calls, texts, meetings, etc.

There’s also the ability to download music to the Amazfit Pace by using the included USB cable. There’s about 2gb of available onboard memory which is large enough to hold a playlist of songs for most workouts.

The Amazefit Pace is simple to use thanks to a fully touchscreen enabled navigation that relies on both taps and swipes. While the watch does not have the ability to install new apps like an Android Wear device would, the apps it does include are really all I ever used when I wore my Moto 360 Sport.

Another noticeable plus is the crazy battery life the Amazfit Pace has. With my Moto 360 Sport, I had to charge that watch every 1 or 2 days depending on what I did with it. With the Amazfit Pace, I can get at least 4-5 days of usage before I need to charge again. That really helps because how can you track something like your sleep patterns if your watch is sitting on your nightstand charging?

For the most part, most of the data gathered seems accurate. Steps counting for instance seems on par with what I was getting with my Fitbit and Moto 360 Sport. The heart rate monitor however has its quirks. Sometimes it seems accurate while other times it seems like it’s way off. I suggest running it a few times just to be sure. Sleep tracking too seems to be on par with what my Fitbit tracks. 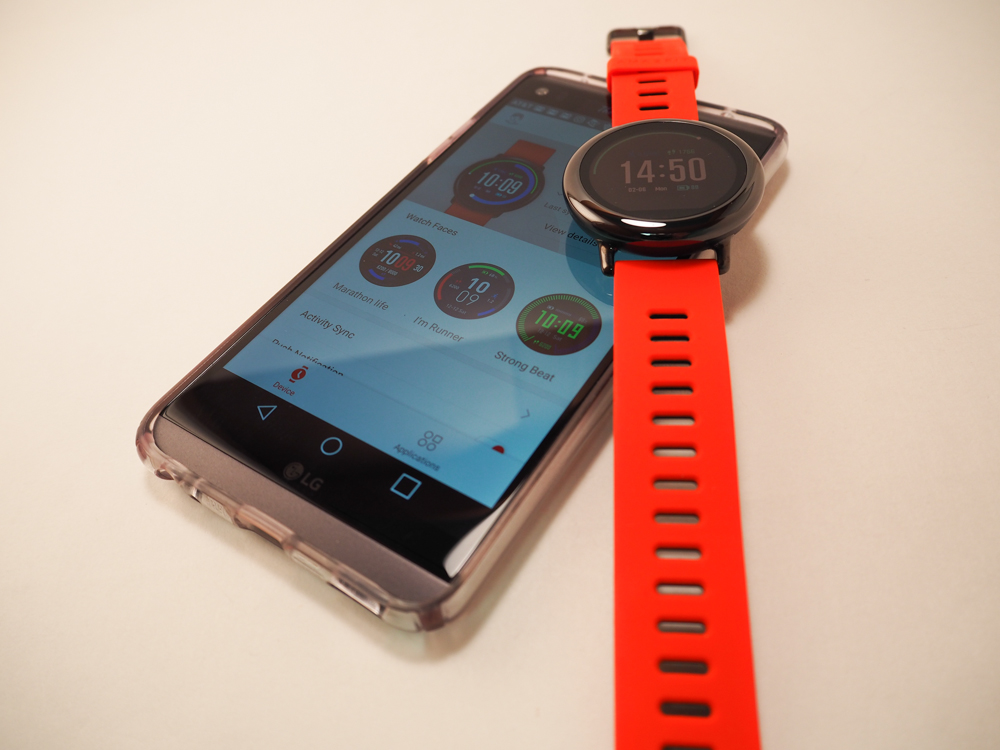 Where it Falls Apart

While I was very impressed with the hardware, the implementation of the smartphone app has much to be desired. The Amazfit Watch app is just too basic to be useful which in turn limits the usefulness of the Amazfit Pace.

The app is used mainly to link your Pace to your smartphone at first and to choose which notifications will appear on your watch. It’s also used to change the watch faces and that’s about it. You can’t view any of the data collected on the Pace on the app which means there’s no way for you to really keep a record of your steps taken, your heart rate, or your sleep record unless you look at it with the Pace. The problem here is that the Pace only keep a record for the week and anything else past that is gone.

The only thing you can really keep track of are your activities, and that’s only because of the Strava integration. Strava in itself doesn’t keep track of any of the other items either as far as I can tell so it’s also a bit useless in my opinion.

Why Amazfit chose to leave out the ability to view collected data on its own app is a mystery and why not choose something more universal like Google Fit integration?

The fact that the Amazfit Pace was released with such a basic app really holds it back and will turn a lot of people off from buying it, which is a real shame because the watch itself is quite good. This issue is apparently being worked on for a future update, but I just think it was a slight mistake releasing the Pace without a means of really syncing your data. 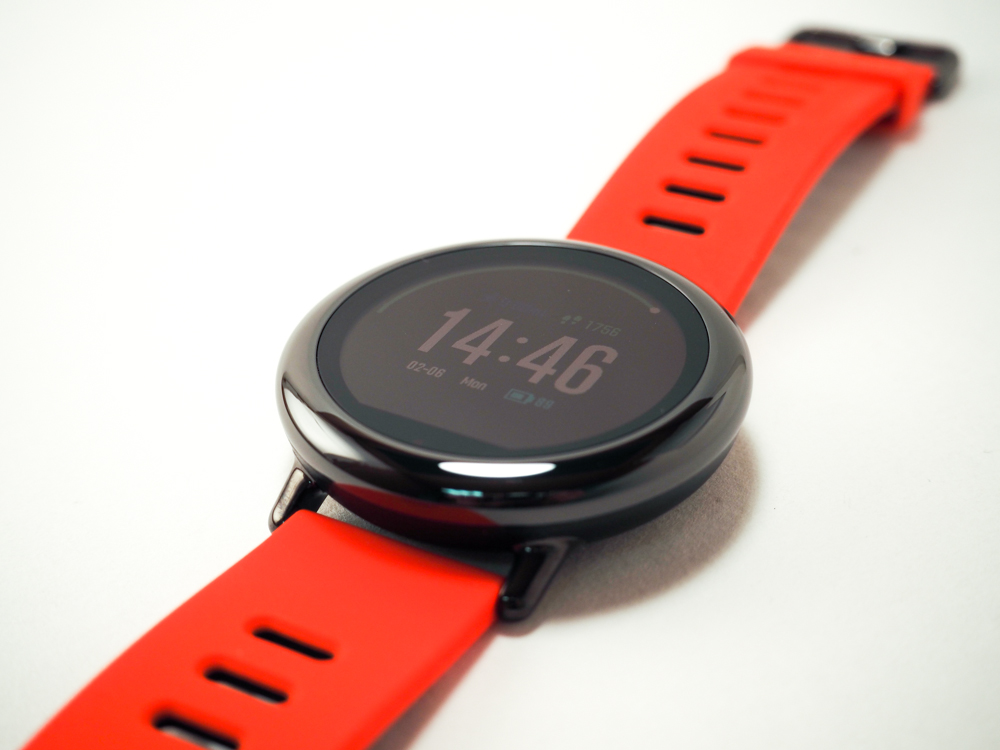 I really want to like the Amazfit Pace. The hardware is really nice looking and I like the fact that it uses polished ceramic for better scratch resistance. I also really like the fact that the watchband can be swapped unlike the Moto 360 Sport. The OS on it seems really snappy and there are some really useful apps on it, mainly everything a fitness buff would need to use.

The only real problem with the Pace however is its rather weak companion app that in all honesty does nothing at all. The app does not let you really sync any data nor does it integrate with many popular 3rd party apps like Google Fit, MyFitness apps, UA Record, or any other apps other than Strava. The Strava app only captures activity data so there’s no way for you to look at things like heart beat, sleep, or steps on your smartphone. You can only view them on the watch.

The lack of data sync is a real misstep on the part of Amazfit, but all is not lost. App apparently they are working on a better companion app that will alleviate many of these issues, but until then the Amazfit Pace is only half useful. It has such potential to be an amazing fitness watch and the only thing holding it back is the lack of integration, but hopefully that’ll change real soon.