The ASTRO A50 Wireless Headsets are back and better than ever with major updates to performance, customization and design. The A50 wireless headsets may have the same name, but the improvements do stand out on this entry.

ASTRO is no stranger to the realm of gamers as one of the leading brands in gaming audio providing an important necessity to video games, audio. As a gamer and audiophile, audio in video games is crucial, especially in competitive play. But besides trying to ear hustle your way into shooting an enemy first due to hearing their movement, audio in a game gives the player a chance to be immersed into a setting like never before off of sound. Horrible sound can lead to the worse experience in a game especially if you invest in headsets and do not get the return on experience. I had the pleasure to test out the ASTRO A50 Wireless Headsets with gaming, movies and some Spotify on PS4, let’s jump into the results.

As always have to start with aesthetics, the look in my opinion sometimes will drive a buyer into choosing a headset, which may not be the smartest thing to go off when it comes to technology of course, but who wouldn’t want a great looking headset ? The ASTRO A50 Wireless Headset still keeps its signature form and design along with its matte finish, as what I would call butter smooth. Full plastic frame with metal adjusters. With the A50 Wireless Gaming Headset for PS4/PC the colors fit with the PlayStation blue and black to fit the theme. 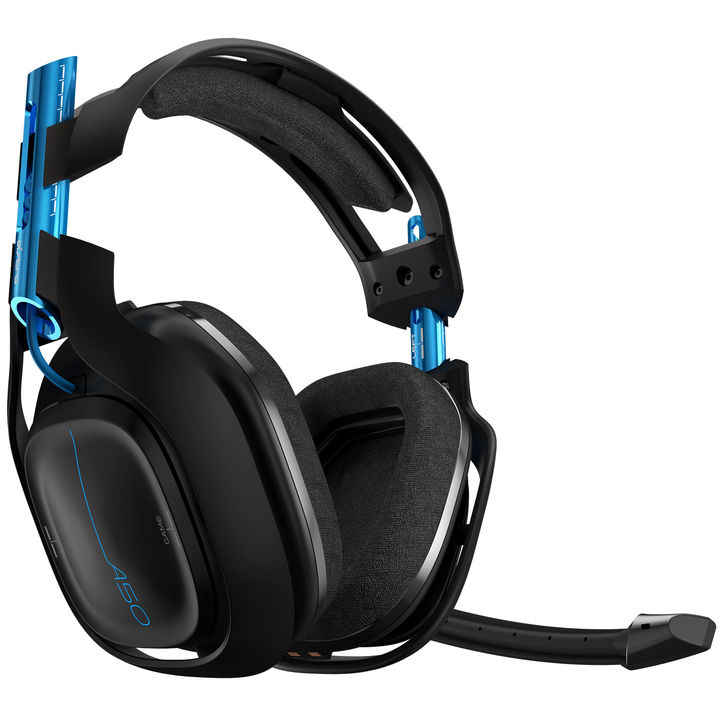 The precision flexible boom mic is not detachable like previous models and also the earmuffs are not customized like the wired headsets, which is not a deal breaker for me. Permanent mics on headsets are gifts from above for the forgetful gamer that can’t afford to lose it. With the convenience of the ASTRO A50 being wireless you have access to the volume, EQ, and Game versus Voice volumes on right hand side of the headset. A pure convenience versus the A40s that are wired and is controlled by the mix amp. Another difference right away from the previous models of the A50 is the transmitter base, which is now a base station which not only looks sexy but also is a charging station for the headsets once returned back to it.

When playing a game for hours comfort is another priority. The over ear with fabric type muff are soft but there is an additional mod you can attach for further noise isolation. While wearing the ASTRO A50 wireless headset for several hours on Call of Duty: Modern Warfare Remastered I didn’t suffer from headset headache, a condition I call when headsets are way too tight in order to isolate noise. I have a small head and small ears so the over ear size is great and doesn’t leak noise. With the original ear muff material your ears don’t have to sweat which some gamers suffer from, but there is an option to get the mod if necessary which I love.

Too easy for any user error, ASTRO designed everything to make it feel like it was second nature

Versus the ASTRO A40 Wired Gaming Headsets, the A50 Wireless Gaming Headsets are beyond easy to set up for the PS4 or PC. I first tested the ASTRO A50 Wireless Gaming Headsets on my Alienware Alpha R1 PC console, which was simply plug and play as the base station does the job. On the side of the base station is a switch to go from the PS4 to PC audio. Right away I was sitting on my couch and listening to locust get destroyed in Gears of War 4 for Windows 10. Once I wanted to then get some PlayStation 4 in I just plugged in the USB and Optical (optional), put the switch on the PS4 option, then went into the PS4 audio devices to make sure it was recognized, then boom it was working. Very easy, seamless, and not a lot of wires that add to clutter.

Performance – The sound is still crisp and the Mic has improved 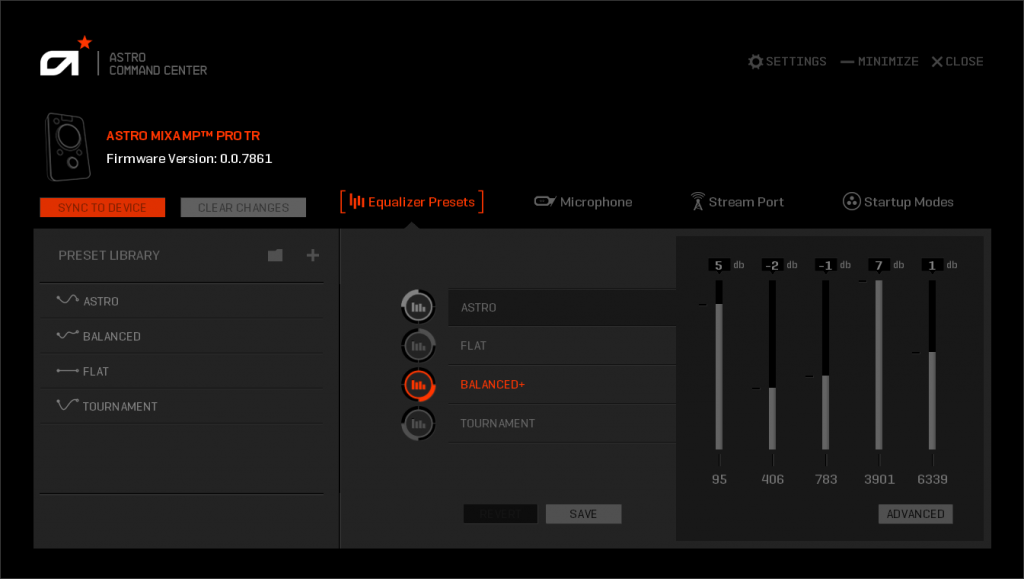 Clarity of the 7.1 surround is there all the way with the ASTRO A50 Wireless Gaming Headsets. I played various games to test – from titles like Uncharted 4: A Thief’s End and Gears of War 4 with dialog, environment sounds, to heavy shooters like Battlefield 1 and Call of Duty: Modern Warfare Remastered. With those titles alone the 7.1 surround did it justice. Even hearing far away environmental sounds were heard. The integrated ASTRO’s MixAmp within the A50 advanced customization of all inputs and outputs gives the opportunity to fine tune and customize your own audio settings for any game or streaming efforts with various audio settings. This option of an amp within gives a convenient easy customized way to change the ratio of your game volume and voice audio balancing on the right ear of the headset for a perfect mix.

The EQ which are ASTRO, Pro, and Studio, on the side are also provided to help tune depending on the type of game being played. To kick it up a notch with full audio customization the command center is back with extra tools to further customize beyond gaming audio settings. Furthermore, you can adjust the input and output levels, including Sidetone and Noise Gate. Profiles can be created, updated, saved, and shared.

Since these are wireless gaming headset that require a charge the hours stated of how long it can last is up to 15 hours. I put that to the test and it came out to last longer due to the headset having an accelerometer within it, it can determine to preserve battery life when it is not set in an upward position. So when you are AFC aka Away From The Controller taking a break or forgot to simply turn off your headset, the A50’s on its own will have your back by going on standby so the battery will not drain. That right there is a win because having a dead wireless headset is a pain when you have to sit and wait for it to recharge again.

Talking to friends or streaming to your viewers have improved as the mic has been taken care of due to issues from the A40 that I experienced. Because of the ousting of background noise for the mic performance it caused an issue on the A40 model. An update can fix the problem but with the A50 the problem was sought out and fixed to improve on this model.

The A50 wireless headset is better than ever with additional improvements that do not bog the headsets down but add to the sexiness of its performance and design. The base station alone is beyond great as a charging station and sound card that is different depending on what platform you would use it on. I used this headset with not only video games but other forms of media such as music and movies and the clarity was rich. The comfort level and easy use makes this a treat to have for any gaming or multimedia setup.
The ASTRO A50 Wireless Headsets come in two versions PS4/PC and Xbox One/PC and retails for $300. If you choose a specific version for example the Xbox/PC version and would like to use on PS4, you can purchase the PS4 base station separately.