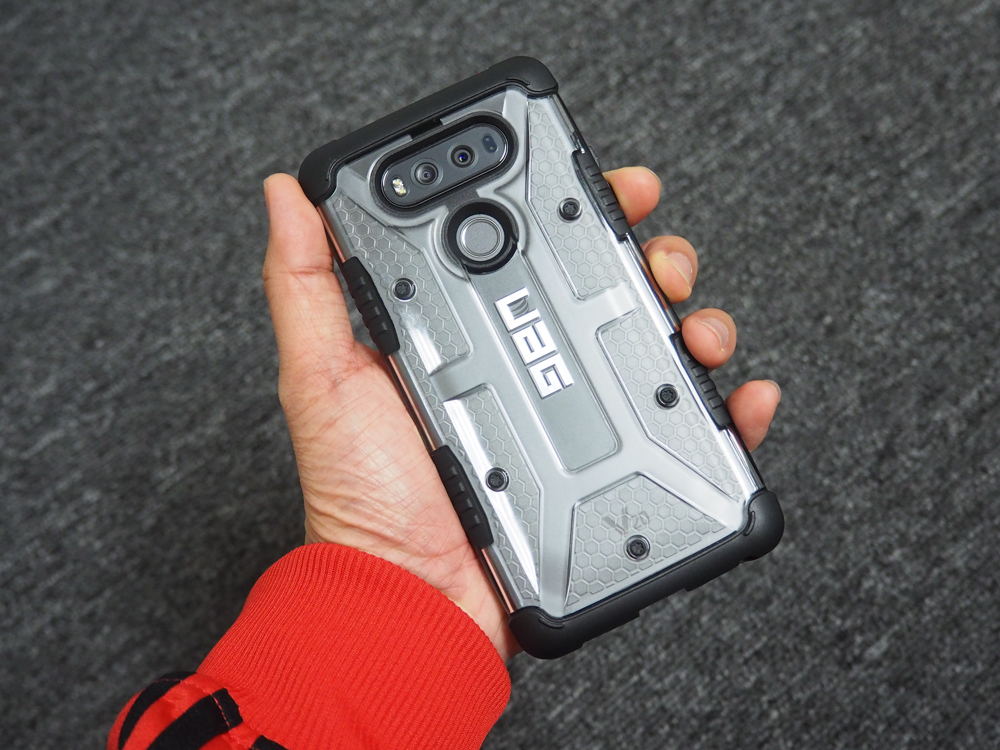 You might be wondering why you would even need a case for a device like the LG V20 considering it comes with a US MIL-STD-810G certification for drops. That means that for the most part, the LG V20 should survive drops from a height of 4 feet with relatively little damage. Not only that, the LG V20’s screen is made of Gorilla Glass 4 so it seems like the phone should be plenty durable for most people. However, I’m not dumb enough to use any smartphone these days without a good case, especially one with such a huge screen, Gorilla Glass or not. With that said, a quick email to the folks over at Urban Armor Gear (UAG) and their new UAG Plasma Series case was sent over for the LG V20.

I decided to go for the UAG case for the LG V20 because I’ve had good experiences with them. I’ve used their cases on the iPhone 5, iPhone 6s, and Samsung Galaxy S7 and they haven’t let me down yet with the protection they provide. Not only that, UAG cases are also US MIL-STD-810G certified for drops. That means the LG V20 will have even more drop protection on top of its current US MIL-STD-810G protection. 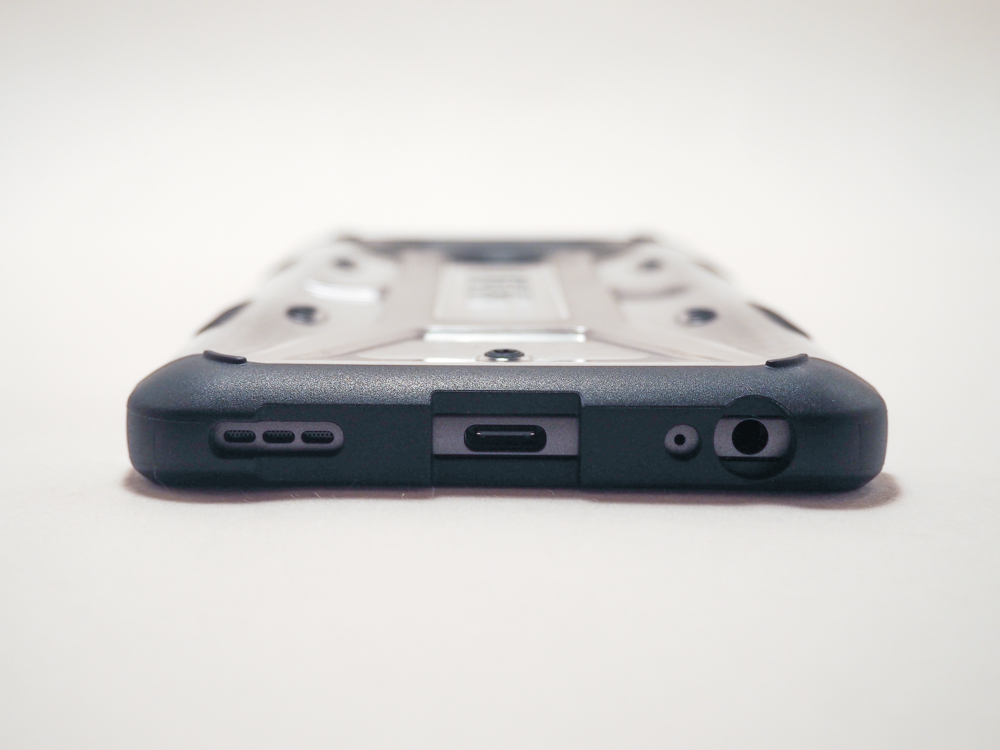 The UAG Plasma Series case isn’t much different from their previous cases. It’s still a hybrid case featuring composite construction – a tough armor shell with an impact resistant soft core. It’s got major impact protection where it matters most, the top, bottom, and sides of the phone as well as a bit extra in the corners.

Like any good tough case, the UAG case also features raised screen protection around the edges. That means that when you also lay the phone flat on its face, no part of the screen should touch the surface its resting on. I always look for this in a case as the last thing you want is something on a table that could cause small surface scratches. 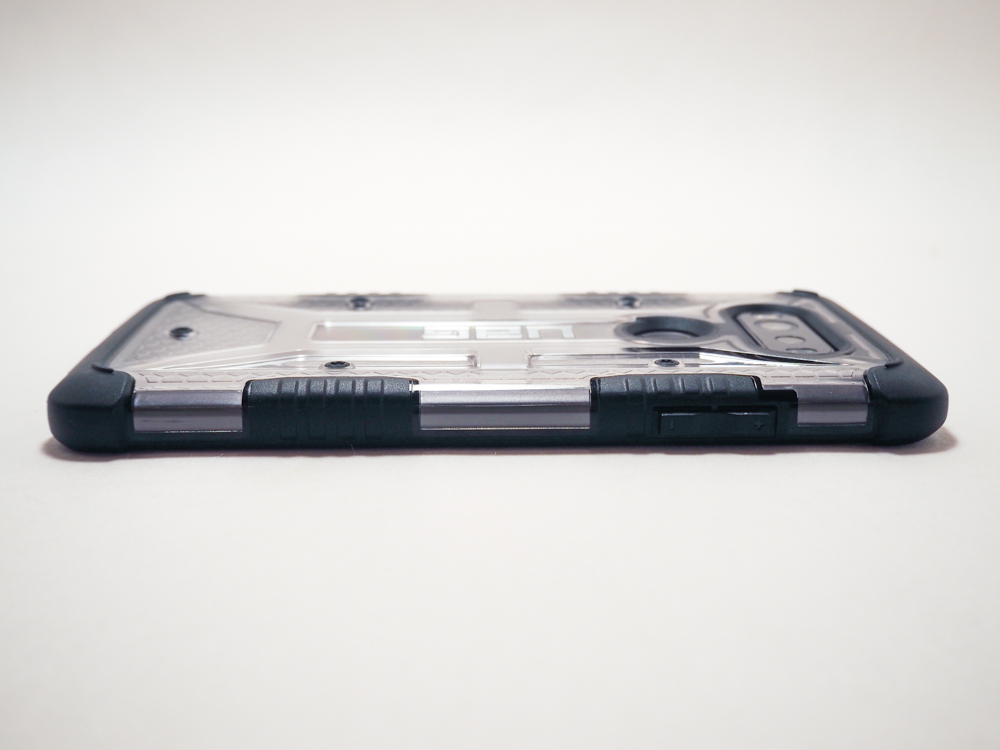 There are a few other things I really like about this case that enhance usage of the LG V20. For instance, the case covers the volume buttons with its own over sized tactile buttons making it much easier to use and find these buttons. The case also covers up the release button for the rear battery plate which will keep you from accidentally pressing it. On the rear, the case will also protect the camera lens glass from damage which was something that I was afraid of doing more so than anything else on the LG V20. 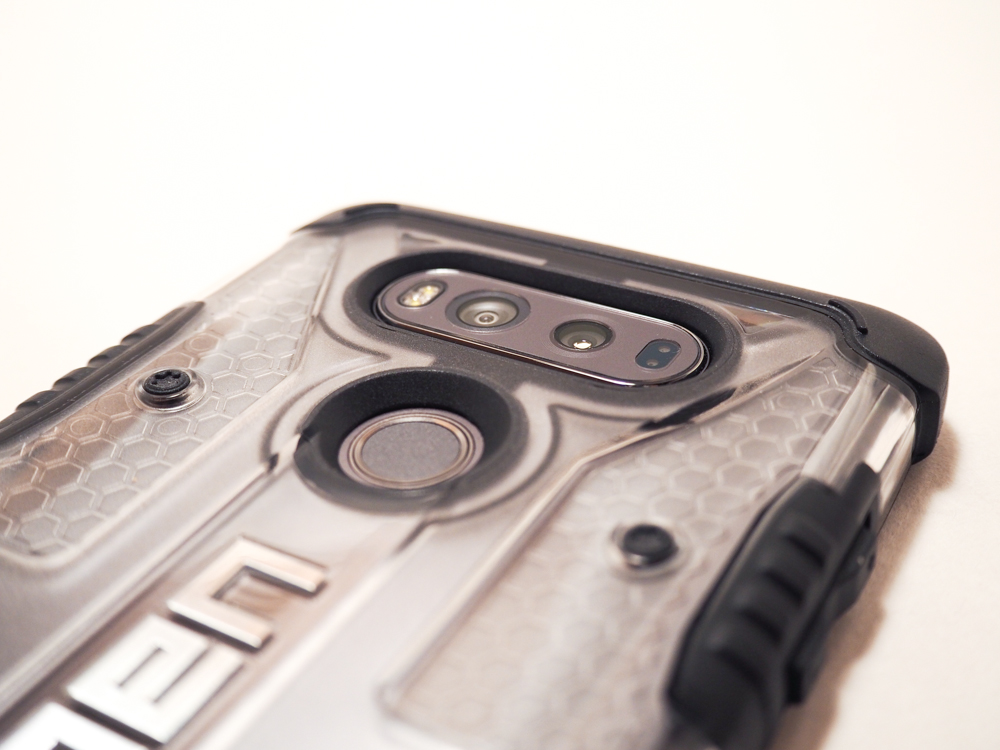 Lastly, and this actually makes using the rear power button/finger print reader much easier to use, the case has a cut out for this that makes the button much easier to find with your finger. I used to have trouble finding it because it sat so flush with the rest of the phone, but now there is a groove there for my fingers to naturally find.

Whether you’re a fan of the UAG Plasma Case for the LG V20 or not, you can’t deny the benefits of using a case with it. It’ll offer extra protection for an already durable device while adding a few extra conveniences that will make using the LG V20 easier.