Forza Horizon 3 is the latest and greatest entry in to the Horizon series which as of late has gotten better and better with each new version. The arcade style version of Forza that casual Forza players love because of its fast cars and fast paced action is back. After a great showing at E3 earlier this year and then playing it for hours myself, I think that Forza Horizon 3 is easily the best racing game this year.

Forza Horizon been a success up to this point with Take 10 Studios not being afraid to challenge Need for Speed in the arcade style, customizable, all out speed racing game top spot. Some would argue that Horizon is better. Some would argue that NFS is KING. It’s subjective, but whatever you choose, Horizon has made the competition that much better by going off the traditional grid and heading down to Australia with some new races, new modes and new vehicles that will have you testing your driving ability and questioning whether or not you ever want to play NFS again. Seriously. It’s intense, fast paced and a shit load of fun if not anything else.

It’s going down in Australia 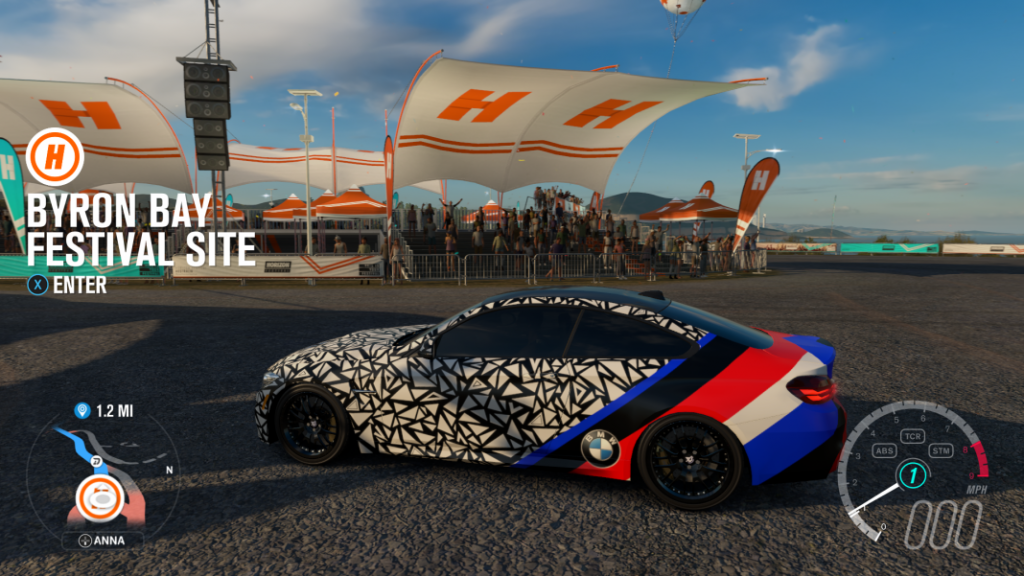 The idea behind Forza Horizon 3 aside from just racing is to create racing “festivals” in a number of different cities throughout Australia, end to end. In order to accomplish this you have to drive around and find competition and get involved in as many races as you can that will generate fan buzz thus attracting sponsors to fund your festival. It’s pretty straightforward but it won’t be easy to pull off because FH3 has a lot for you to do to get that big sponsor money.

FH3 offers so much in terms of where you’ll be racing and what you’ll be driving. The locales for each of your festivals are scattered all over Australia via the World Map. FH3 went all out to make sure that the experience down under was nothing like before. The world is vast and open, the weather is ever-changing (it rains a lot!), the rally courses and beaches are tough and if that isn’t challenging enough you can take comfort in knowing that the time of day doesn’t matter either. Day or night you’ll be racing wherever. FH3 manages to get all of this done in an environment that is just beautiful. Australia is a sight to behold whether you’re doing 150 mph on a mile long straightaway or trying to keep your hands on the steering wheel. When you feel your rally car or rally truck spinning out of control racing on a beach that just looks so realistic you almost feel like you’re a rally car driver. A steering wheel is a must in FH3 if you can swing it. If not then the control is just fine. 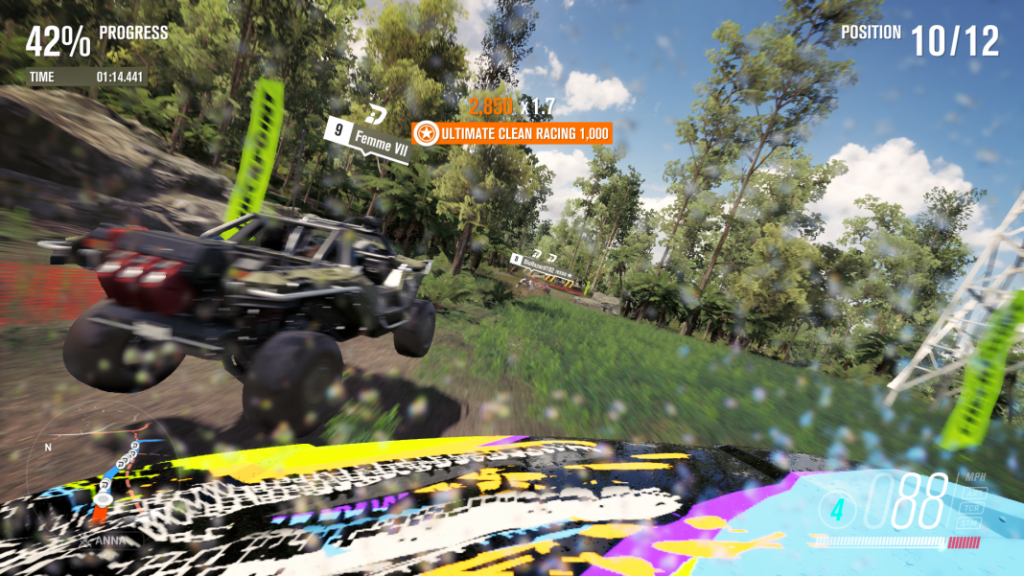 There are races aplenty in Horizon 3. I found myself mostly going from city to city finding races. It’s an open world that is all about driving and driving supremacy. All in all if you spend an entire day on Forza Horizon 3 you’ll probably run through the whole game if you take the linear path of the game but who wants to do that? It’s Australia, there’s always a race to be had. ALWAYS.

You can find a race and join in just to get money and fans just to build your festival or you can add some challenge to the game and actually build your race from the ground up in the “Blueprint”. I actually loved racing this way. It’s a break from the mundane. I was able to make up weird names for my race and set the parameters in terms of the types of cars, laps, terrain, weather, rivals, etc. The Blueprint races are the best part of the series style racing. 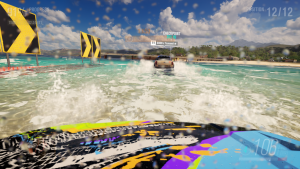 Rival racing is where you go around the map and find drivers to join your team to enhance the festival. The only way this can be done is by not racing them but beating them. Wherever you find them is wherever you’ll be racing them so if you have a low to the ground Ferrari with racing tires you could find yourself racing a rival on a dirt road with traction. Hopefully you can win if you ever expect to get that driver down with your team. When its on it’s on.

But doesn’t end with the game itself. There is an online mode that further adds to the challenge. You can go online and find a race and test your skills but be warned, you’ll be racing against some serious comp and if you’re driving isn’t up to par you’ll know because you’ll almost certainly be in last place. The multiple game modes add tons of replay value to FH3 so just finishing the default game itself doesn’t mean you should put down the controller. 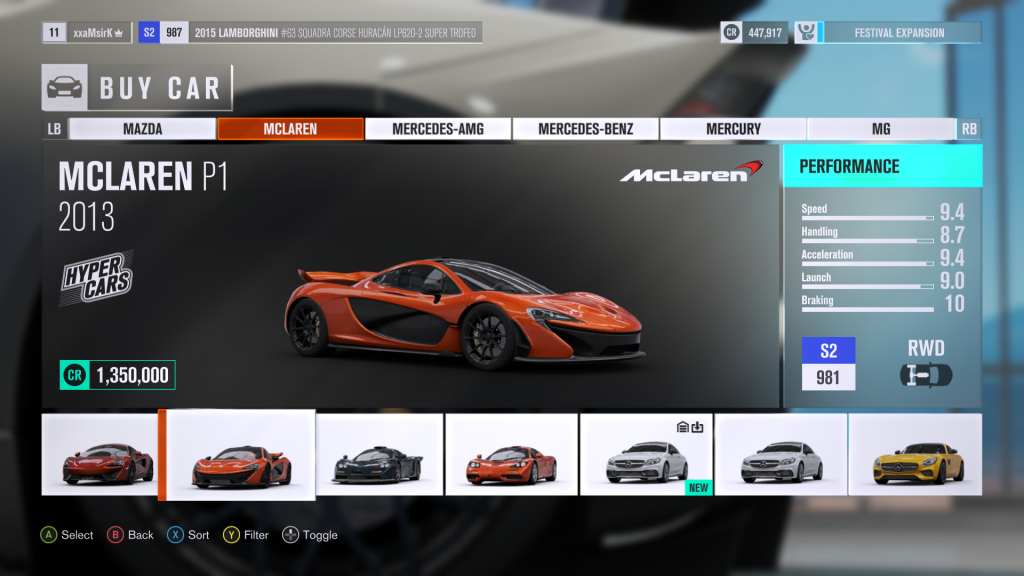 Forza Horizon 3 has no shortage of cars. It’s good mix of cars you need for the game and there some cars that I can’t figure for the life of me why they would be in any game that involves driving. It is what it is. There over 350 cars to choose from in this game. Choosing one will not a problem as you’ll find it impossible to resist driving the McLaren P1 or the Koenigsegg One, The LaFerrari, etc. All of them are as close to driving the real thing digitally as one could imagine. They’re detailed from the inside and out and each car has unique handling and an overall driving experience. Even the engine sounds were taken into consideration for a game that mostly plays arcade style. This is the reason you play Forza or any driving game at all and you aren’t cheated with big name exotic autos that drive like shit. Nope. Each car is fully customizable (depending on the car) from the paint, decals, tires, weight and everything a racing team would use to win a races. You can change the settings for each race if you wish and give yourself some advantages against the other drivers. Tune your car wrong though, you’re screwed.

The cars in this game are great and a lot of fun and although FH3 focuses on the more arcade aspect of racing meaning no real damage and no real simulation, do yourself a favor and go into the settings and turn off some of the assists and if you got balls turn em all off. It’s not just for shits and giggles but more of the arcade element you remove from the game the more money you earn so you can buy your favorite cars quicker. Right now I’m driving with everything off except traction control for 80% of earnings. It ain’t easy but I wouldn’t have it any other way.

Forza Horizon 3 is the Shiznit

Forza Horizon 3 is a super dope game. It’s hands down the best driving game there is in the arcade style genre of racing games. You can change the game to make it more simulation style but that’s not how this game really works or is intended to be played. You actually get points for wrecking things and destroying property. So the arcade element exists in this game for a reason, have fun with it. FH3 is beautiful and it takes full advantage of the Xbox One’s capabilities and if you have a killer TV, even more so. NFS doesn’t have a new game to match this as of yet but until it does Horizon holds the crown. Replay value on this game is pretty good and just beating the game won’t be enough if you’re a competition junkie. Online mode will challenge you. This is a racing game that I would recommend easily to anyone who asks. Even Microsoft knows what a great game this. At the recent launch of the Microsoft Surface Studio PC it was the game that was being used to demo how powerful and how beautiful not only the Studio PC is but FH3 as well. That says a lot and when you play this game you’ll understand why.