Who would think the first Gears of War came out in November 10 years ago and better yet it would spawn such a franchise? Since its debut its gone on to spawn a trilogy with a robust storyline for Gears 1-3 while giving you more of a sidestory with Judgement. The franchise started waning a bit with Epic Games dropping off after the 3rd time and all releasing on Xbox 360. Since then Gears fans have been gnawing at the knees to see Gears brought to the Xbox One. They gave us a remastered Gears of War last year which added missing scenes, gameplay, content, etc and was a nice refresher to get back in the game. Gears of War 4 was shown off at E3 2015 and then the following E3 2016 gave us more details about what was going on. So is Gears of War 4 worth the wait and a welcome to the next-gen console Xbox One?

If you seen the various trailers and commercials we have an older looking Marcus Fenix. This is because the game takes place 25 years after Gears 3. GOW4 introduces you to an array of new characters such as JD Fenix(Marcus’ son), his friend Del, and Kait which you can more or less call JD’s girlfriend. They have basically left the COG and taken up with the Outsiders which you can practically call rebels. They start out trying to steal what’s called a Fabricator which you see more of throughout the course of the game and the Horde mode while battling these COG drones call DeeBees. 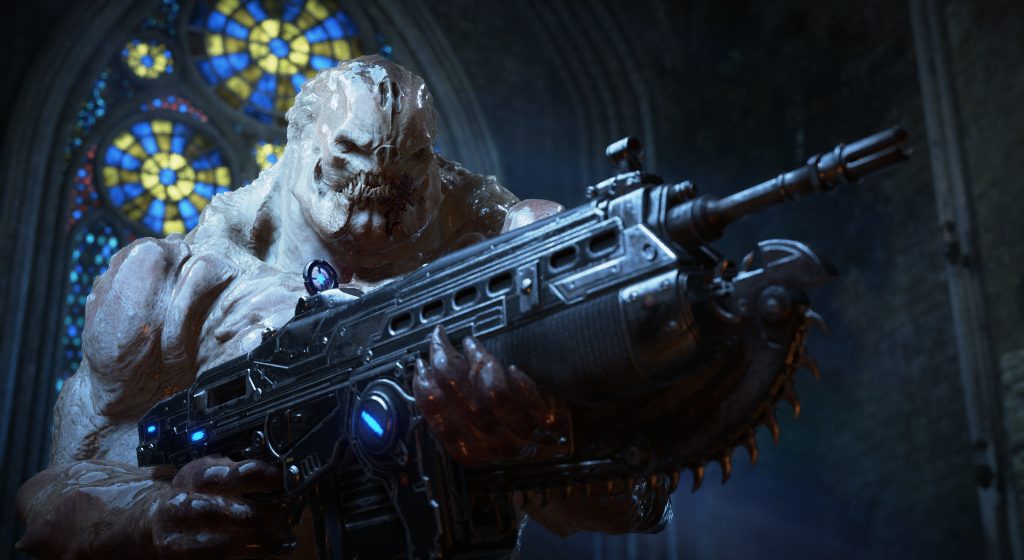 The story starts to get juicy once you encounter the new infestation of enemies in this game called “the Swarm”. JD asks for his father’s help to take on these new baddies. The swarms are an interesting crew as they will come at you from all angles and try to take you out any means necessary. There are some real tough ones called “snatchers” which definitely rely on teamwork to take down and defeat. As you move deeper into the game the storyline gets more interesting and it starts to unravel who and what the “Swarm” actually is. If there is any reason they look familiar you be given some explanation as to why. The story while good felt like it did leave some plotholes and hopefully it gets cleared up in a sequel.

Not much as changed in regards to this. It’s still pretty much the traditional run, gun, and take cover type of game. There are some new weapons such as the Dropkill and the Buzzsaw which can do some damage if utilized correctly. Sometimes I would just pick them up and weapon swap them to the CPU that did much better with it. I spent half the game doing local-op with a friend that came over and the other half playing with the CPU to go through campaign mode. If you just try to run straight through and not search around for stuff its a 9 hour campaign. 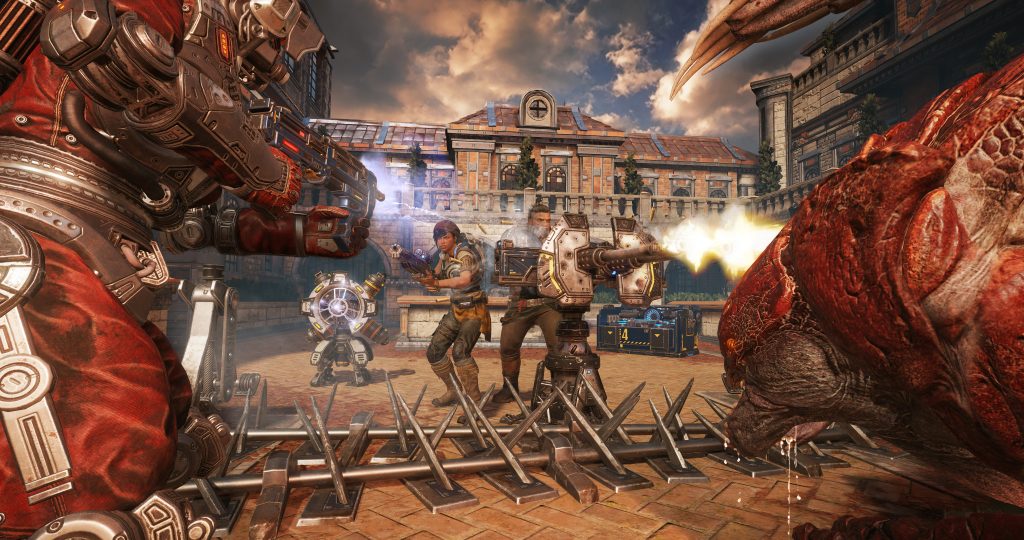 Most likely though if you got Gears 4 it’s for the multiplayer aspect. There are various ways of going about this. You can do the usual team deathmatches if you want to play against others online or you can team up for some life saving in Horde 3.0. I enjoy playing Horde 3.0 with a bunch of friends and seeing how far you can get in the Waves. It starts off easily but gets harder as it progresses.

One thing Gears of War is known for is its compelling storylines. It starts off a bit trying to establish new characters but the deeper you get into the game, the more questions you have surfacing the COGs, and these new “Swarm” creatures you see all throughout the game.

If you played any Gears game they are pretty much the same so its easy to pick up and feel at home. I haven’t played a Gears game in quite some time and the learning curve is straightforward.

Multiplayer is really the meat of Gears 4 as I stated earlier. There are so many various modes it should keep you busy for hours on end.

Gears 4 looks gorgeous on the XBox One. From the detail in the swarm creatures to the outside environments. 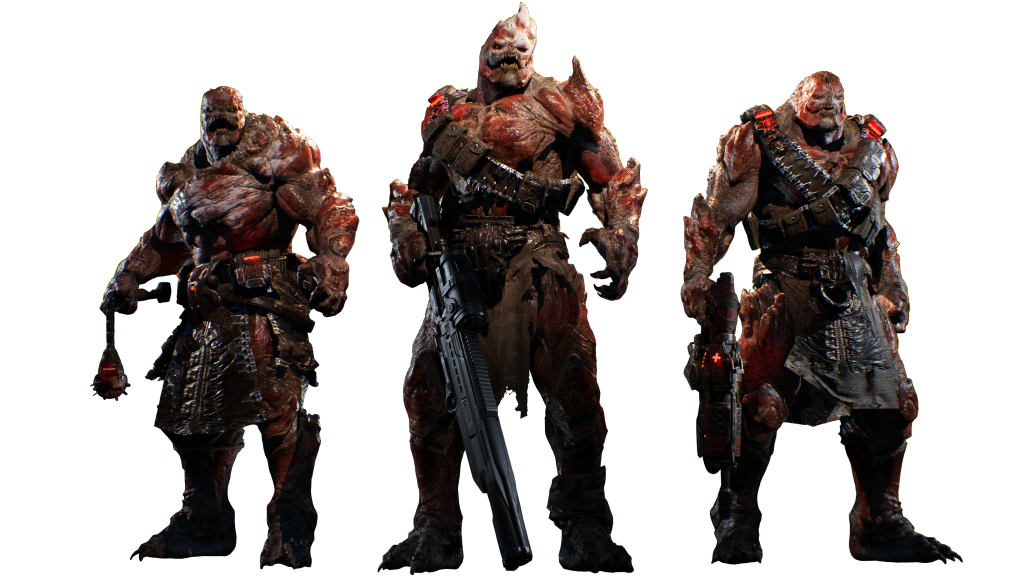 Even though I said its easy to jump into a Gears game they are all pretty much the same feelings wise. Its alot of duck and cover and shoot and flank. It can get tedious for some after while.

While I enjoyed the story mode I did feel like it was short if you pretty much try to run through it(9 hours) and there are plotholes. Hopefully we get some resolution on it this in the next game that releases eventually. Either that or I just missed some things.

While the CPU has been good at utilizing some of the special weapons I swap over to it for combat, at times the CPU just seems to get stuck in places. Whether it’s behind a wall or an obstacle and they will just stand there. After a while they might beam over to you but its a waste of time. This can be troublesome at times in heavy combat as well. Probably why I enjoyed doing co-op more so than with the CPU in story mode.

Its been five years since we got a true sequel to Gears of War 3 and Coalition Studios seems to be going in the right step with Gears 4. Game graphically looks good, runs at a pretty nice pace and is great to play via multiplayer. While the Story Mode isn’t vastly long you can kill a ton of hours in Horde 3.0 with friends. Relying on the CPU can be good at times and others frustrating.

Gears of War 4 is a great game to add to your Xbox One collection and would recommend picking it up. It is also an Xbox Anywhere title so whether you purchase it on PC or XB1 you will get both versions.