One of the most interesting things to see in tech this year would have to be “mods”. We have seen it with phones such as the Moto Z and LG G5 but we have mobile accessories getting into the modular arena as well. There is one upcoming from mophie but one that has been making the rounds and I have gotten to fully test out and use is the UniVerse case by OtterBox. OtterBox has really changed how they used to handle the design of cases and have made strives to keep those old customers that love their fully protected devices to those that want some protection with their Symmetry and Statement cases. The UniVerse case is similar to both of those with adjustments to fit attachments or mods to its case. They have a ton of mods and in this review I focused mainly on products from PolarPro.

The design of the Universe Case as stated is very similar to their prior cases such as the Statement and Symmetry. It resembles the polycarbonate look of the Symmetry look as far as plastic is considered while more of the shape of the Statement case sans the clear backing. On the back of the case near the bottom is a tray that slides out giving you options to add modules. Also the bottom is cut out so on of those mods wont have any problems plugging into the lightning port if needed. Where the cameras are located the cutout is pretty wide for having no issues adding attachments for lens. Other things remain normal such as volume/power buttons and the usual cutout for the ringer switch. The case does feel sturdy and can protect against some drops with its hard exterior and raised bumper across the screen. 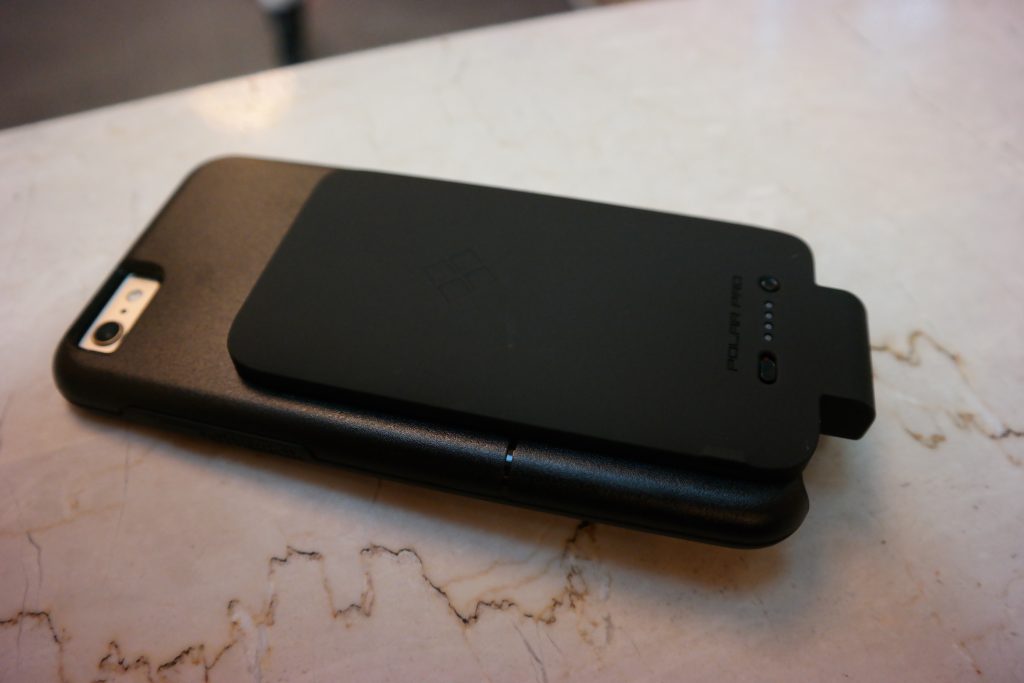 First up is the PowerPack. Batteries are always needed but sometimes having a Battery pack can be messy with wires swinging around. With this 2,100 mAh battery pack you are getting close to a full charge on the iPhone 6S while about 70-75% for the iPhone 6s Plus. Using it is pretty easy as it slides on the back and plugs directly into the lightning port. It also doesn’t add much weight and has an on/off switch on the back. LED lights will also advise you how much juice is left over. The fact no wires are needed makes this $50 battery a win. 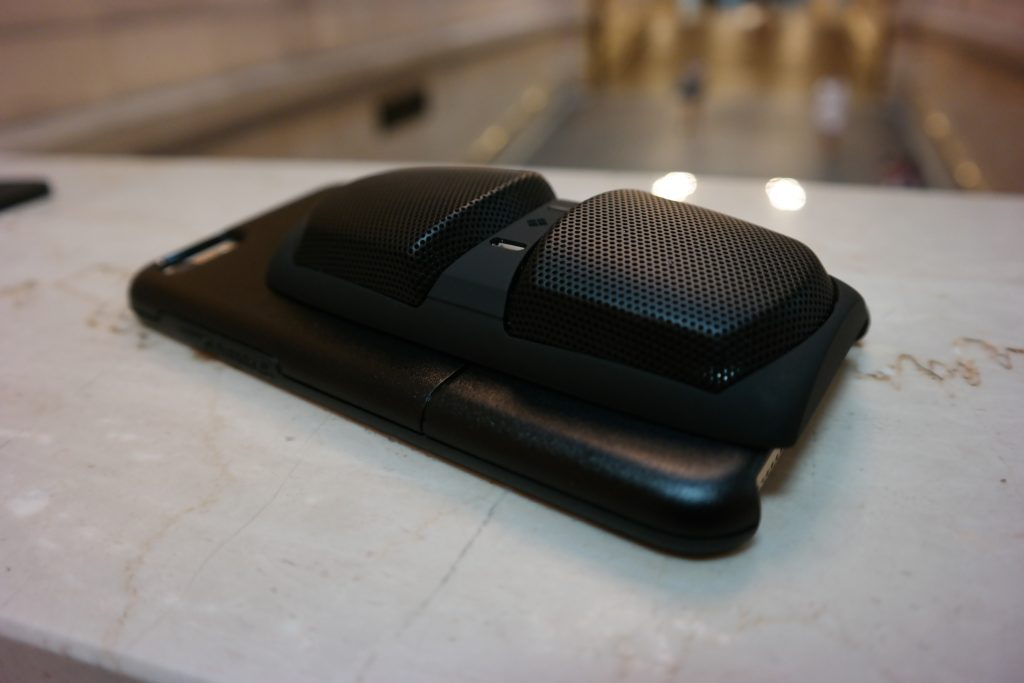 iPhone speakers aren’t the best for listening to music lets say that from jump. They are okay but they could use a kick. The BeatPulsar Speaker like the PowerPack slides on the back of the UniVerse case. Difference is that it syncs up via bluetooth. You can essentially use it with anything and don’t even need it attached. It runs off a 500mAh battery giving you eight hours. I played it for hours at a time and this speaker kicks. Audio isn’t the best but does the job for $50. Downside is having it connected to your phone will most likely have it face down at all times. While that isn’t bad it results in you flipping over or picking up to change tracks. 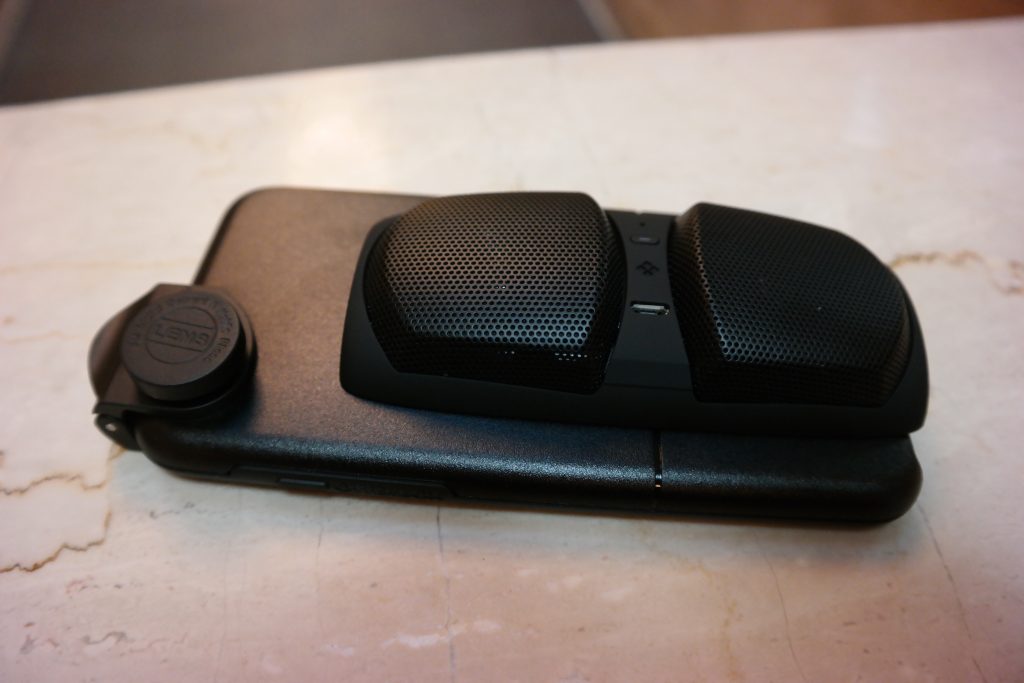 With the FishEye lens I had some mixed feelings. I liked the clip-on option for it but sometimes I felt it worked better on the phone itself without the case. I guess it really depends on how you want your fisheye shots to work. With the case on they weren’t really pressed against the lens and you would see parts of the actual lens case while off it would be directed covering the camera. Also the same with the front. It was cool taking pictures with it though. But for $30 it’s not a bad lens to mess around and get a feel of. 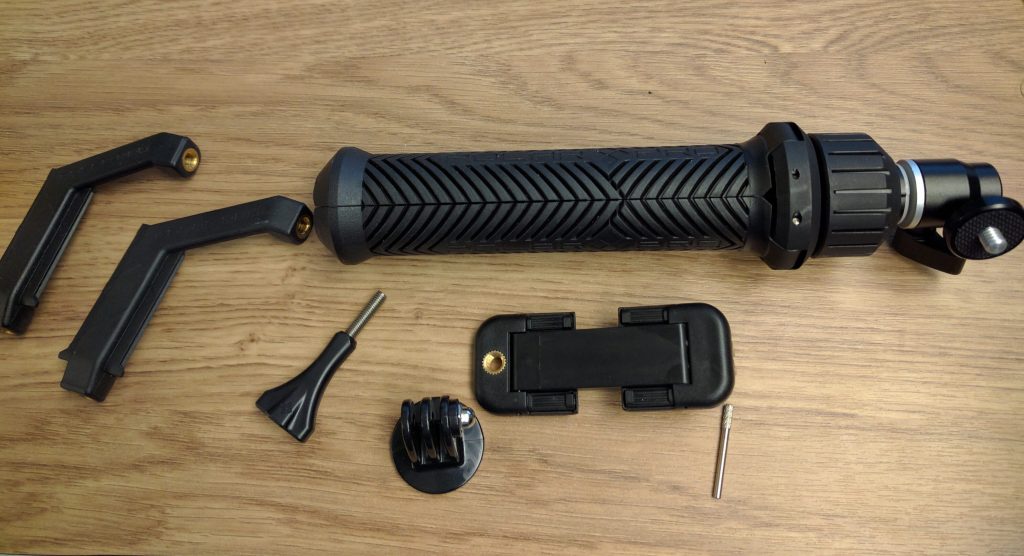 Last up is the Trippler Tripod. So besides you having a case that does multiple things you now have a tripod that can attach to it and also do multiple things alongside that. The options are pretty sweet with this one. For one the grip on this thing is superb and definitely helps with rising above crowds to take some video or maybe use the timer to take pix. It can be extended out to be a tripod(hence the name) and of course if you like to take selfies well here you go. Also works with GoPros and other point/shoot camera with its screw mount. For $50 bucks it gives you tons to do with or without even having the case.

If you have a OtterBox UniVerse case most likely you are eyeing some modules to accompany it. PolarPro provides some nice mobile accessories at reasonable prices. My favorites would have to be the PowerPack and I enjoyed the speaker. The tripod is in another realm of functionality and would be good to have in your arsenal. The fisheye lens I would say try before you buy.

**This OtterBox UniVerse case was used on a iPhone 6S+**