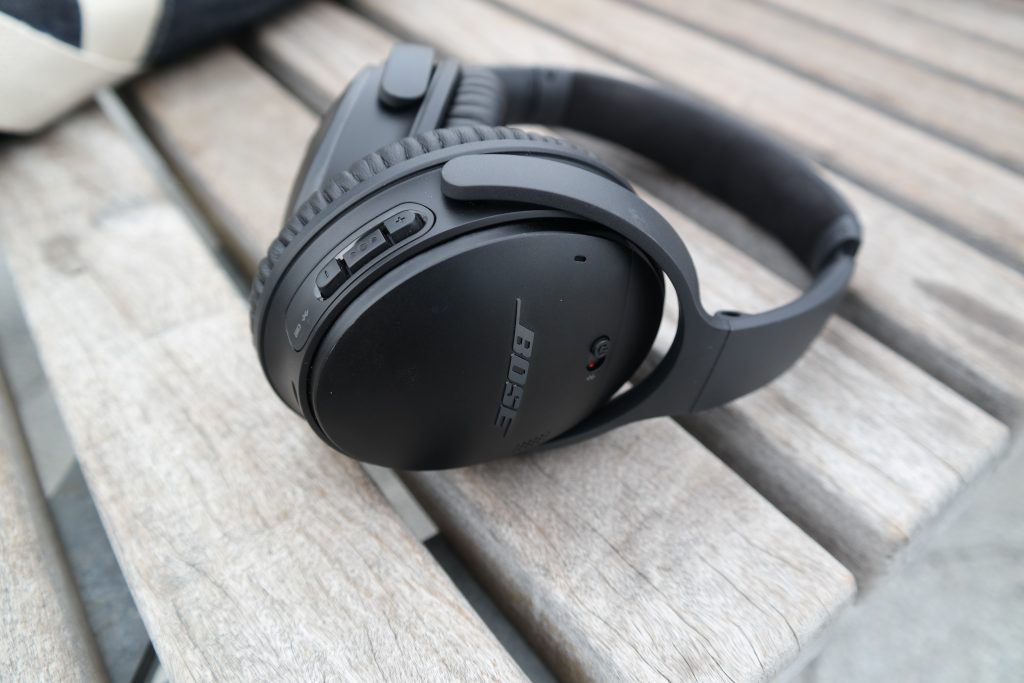 Its been quite some time since I reviewed a pair of Bose headphones with the last actually being the predecessor to these with the QuietComfort 25. Its been about two years and while they have released other headphones I was always a fan of the QC25. This time around it looks like Bose may of stepped it up a notch and fulfilled just about every wish I wanted with the QC35s. 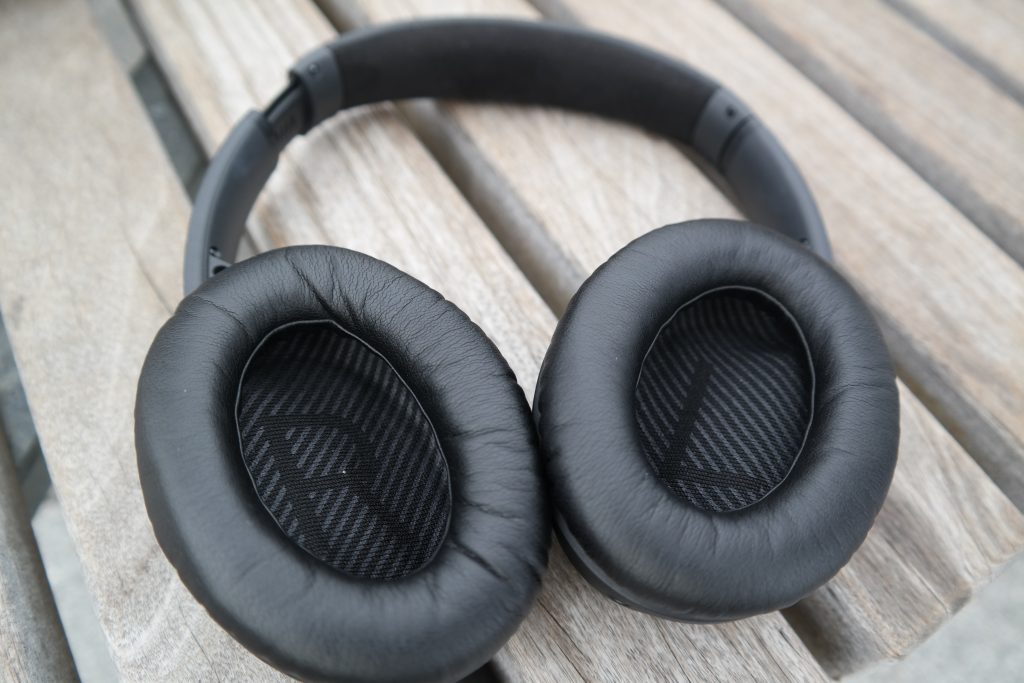 For this review Bose provided me with an all black pair of QC35s. If black isn’t your style there is a nice silver colorway available I checked out back at the launch of the headphones. At glance they look heavy but once you get your hands on them you will see how light the QC35s really are. Design wise they are reminiscent of the QC25s with cushioned pillow ear cups, soft material under the headband and the Bose logo embossed on each ear cup. The headband does allow for a bit of bending which is always a pleasure side and these headphones also collapse in or can swivel outwards to fit in your bag or the included carrying case. Inside the case is also an airline adapter, audio cable and microUSB cable for charging. I didn’t really give the audio cable or airline adapter any play and used the cable for charging when needed. So glad to see Bose went with built-in rechargeable batteries as having to change out a AAA battery was a chore and forgetting to do so was depressing. 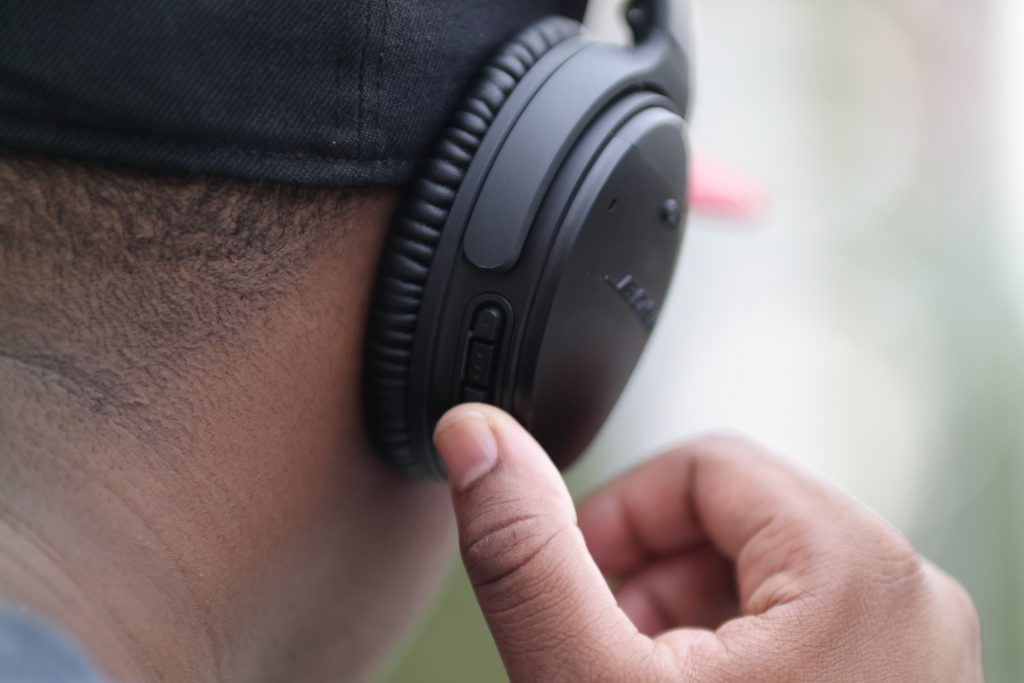 As far as features on the ear cup you have an audio jack on the left while on the right side is the power latch, volume controls, play/pause button, battery indicator and where the NFC feature is housed. Buttons are pretty responsive and didn’t have any issues with any of them. If you hold the play/pause button you can activate voice command apps such as Siri. 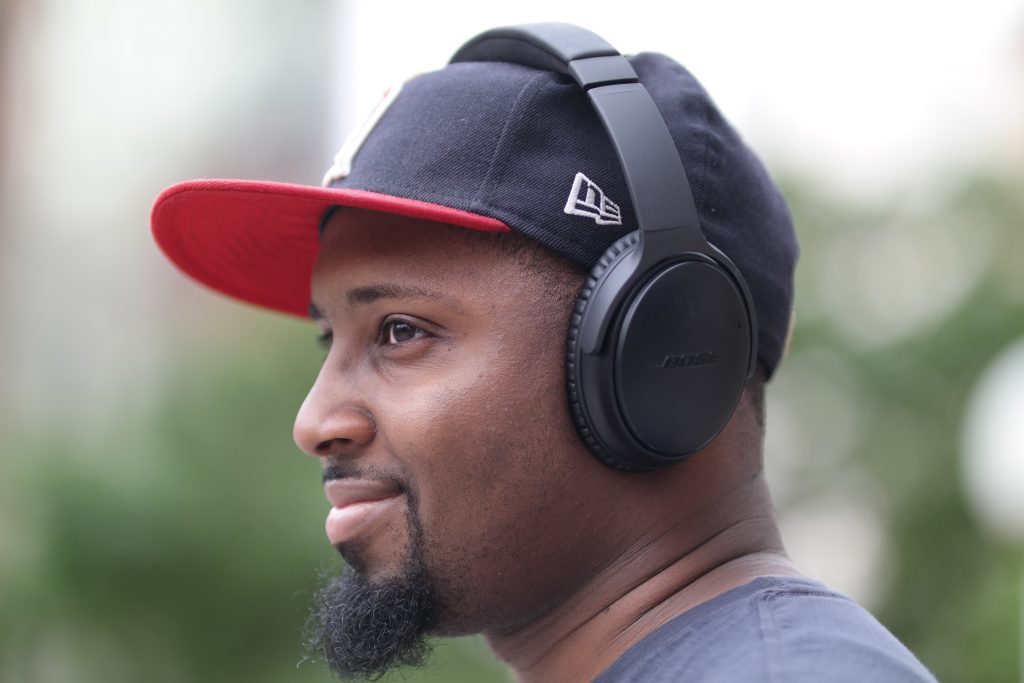 Just like the QC25, the sound doesn’t disappoint in the QC35. Noise Cancelling is always on and isn’t an option to be turned off like in the QC25 but didn’t bother me much as I preferred it on all the time anyway. That was one of the main points of getting these headphones right? They brought a good amount of bass while being too overbearing but some might find it to not be enough. As far as clarity is concerned, vocals are crisp and clean and provide a great listening experience. Best of all the sound doesn’t come straight out the ear cups but more designed in a circular manner. Kinda gives you more of an immersed experience. Cranking it at high levels didn’t seem to provide any distortion at all either.

Luckily I received the QC35 right before my flight to E3 in Los Angeles a few weeks back so I was able to give them the full run on my five-hour flights going across the country both ways. They definitely blocked out a lot of noise during the flight whether it was folks talking or the usual plane engines. Back in NYC I tested them walking around the city and of course on the busy subways. They are great at blocking out noise and letting you focus on the music. 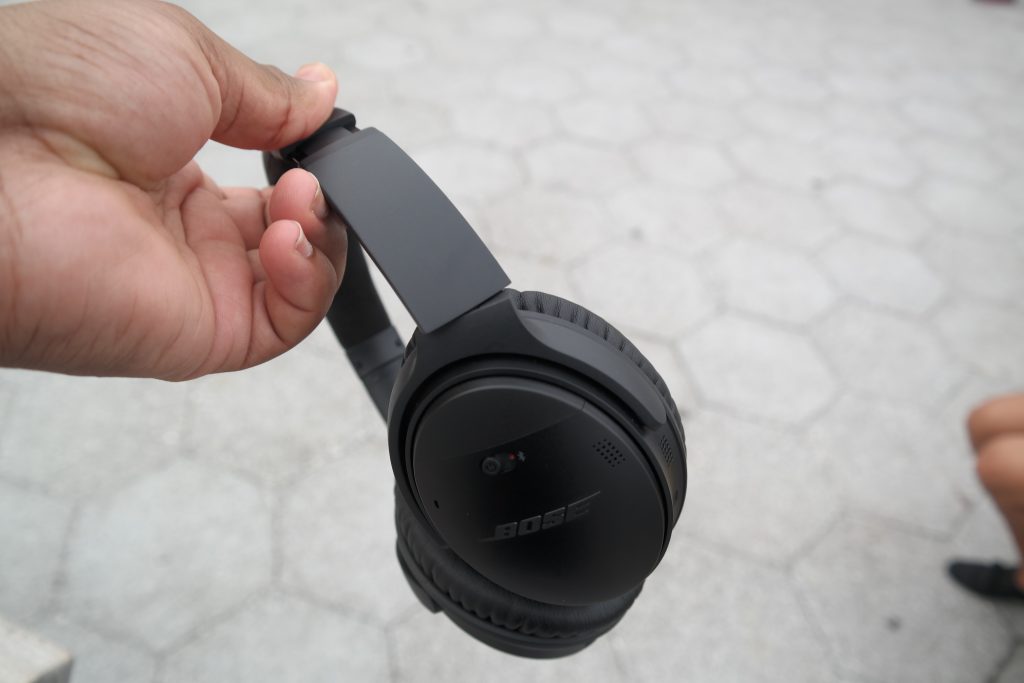 Music wise I had primarily used them between a Samsung Galaxy S7 Edge and iPhone 6S+ and going from one to the other was seamless with the QC35 being connected to both. I was thoroughly impressed with that. If you want additional options you can download the Bose Connect app. It’s not really that necessary but could help manage your synced devices. Battery life was really good on these and can only recall recharging them probably 2x since using them.  Slated to run for 20 hours by Bose, they definitely did the trick. Best of all since they use microUSB if I happen to be charging my smartphone I can easily plug these up.

The QuietComfort 35 by Bose has a minimalist but clean design to them. They are lightweight and don’t put too much stress on the head. Sound wise they are incredible but they aren’t on the bass heavy side for those that desire that. Noise cancelling is some of the best on some wireless cans and might justify that hefty pricing of $349.99.