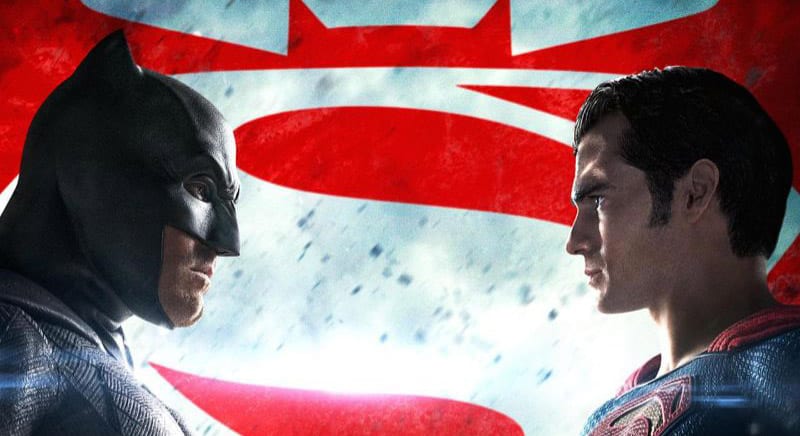 Geek Facts:
Ben Affleck is the only actor to have played both Batman and Superman on film. “Daredevil” didn’t happen, it was just a bad dream. In the 2006 film “Hollywoodland” Ben Affleck plays the actor George Reeves, who in 1951 became the second film actor to play Superman. Affleck does indeed don the cape in the film, so it counts. 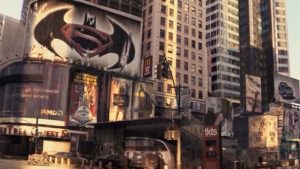 In the 2007 feature “I Am Legend”, future “Suicide Squad” member Will Smith walks through a desolate New York Times Square. In the background, there”s a poster of Batman vs Superman. The excellent easter egg is in reference to Legend’s screenwriter Akiva Goldsman’s rejected BvsS 2001 script.

Actor Jeffrey Dean Morgan may possibly have the record in terms of appearances in various comic to film franchises. In 2009, he starred in Zack Snyder’s “Watchmen”. In 2010 he was in Vertigo Comics’ “The Losers” and had a brief appearance in “Jonah Hex”. This year, he makes an appearance in “Batman v Superman” as Thomas Wayne and joins fellow actor Lauren Cohan from “The Walking Dead”. He gets extra credit for his work on the TV series “Supernatural” which inspired the comic series of the same name.

United States Senator from Vermont, Patrick Leahy has the honor of being the most senor serving senator and snagging the most cameos. He’s made appearances “Batman Forever”, “Batman and Robin”, Nolan”s “The Dark Knight”, “The Dark Knight Rises” and as Senator Purrington in “Batman v Superman: Dawn of Justice” and can be heard in “Batman: The Animated Series”.

Back to the Spoiler-Free Review:
Okay, I need to admit something. I was not a fan of “Man of Steel” and there’s a laundry list of reasons why. One of which is its dependency on needing another film to tie up its plot-holes. As this film is directly connected to BvS, I’ll keep it spoiler-free for those who haven’t caught up quite yet. I am not going to address the chaotic events at the end of that film. I am simply going to ask two questions to people who are fans of Superman’s previous outing. At any point during Man of Steel, did you root for Superman? and by the end of the film, did you want to be Superman? I grew up with Christopher Reeves as Clark Kent / Superman and he was amazing. For all the actors that followed in playing that role, it would be an impossible bar to surpass. Reeves just nailed it. His Clark / Superman was a good-hearted boy scout with an almost unshakable moral compass that reflected the ideals of what you would want for yourself as well as others. As a kid I wanted to be him and well, he made me wish I could fly. “Man of Steel” was Director Zack Snyder’s vision of Superman and story wise, there clearly was a plan in play that we (the audience) was not be privy to. Henry Cavil’s Take on Clark/Superman although looks great is just not likable in that film. By the end of “Man of Steel”, I can say I liked him even less. 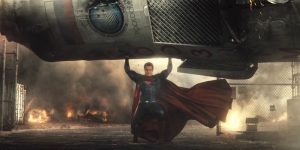 “Dawn of Justice” starts roughly eighteen months after the devastating events of “Man of Steel”, Metropolis and sister city Gotham are on the rebuild. After another mass casualty event is blamed on Superman, a committee is created. Solely tasked with investigating Superman and deciding how to handle future threats. Some view the Man of Steel as a Deity, while others view him as a threat to the world. Sharing the latter opinion is Billionaire Bruce Wayne/Batman (Ben Affleck), who has seen first hand the mass destruction of Superman’s last battle and what it did to Metropolis. Bruce is determined to stop Superman before he becomes a further threat to the people of Earth. Superman on the other hand is intent on stopping Gotham’s Bat, to end his reign of vigilante justice. In the midst of it all is Lex Luther, who has set his sights on stopping the Man of Steel using Kryptonian (Superman’s home world) technology wreckage, while investigating other meta-humans (people with super-human abilities). 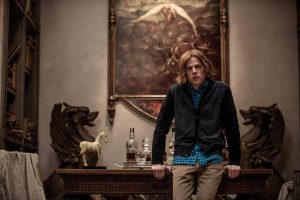 To its credit, even with its drastic flaws it was not the complete mess I was expecting. The film crams a whole lot in two and a half hours. Introducing new characters, heroes, villains, exploring their differences, creating a connecting thread to possible future films and shows the varied perspectives how people, politicians, billionaires view Superman. The film doesn’t lay it out quite like I did, It’s rushed, crammed, convoluted, and it’s scattered all over the place. 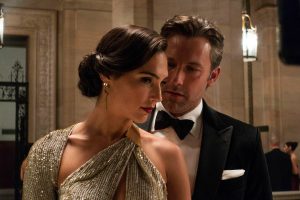 BvS is surprisingly light on Superman. Henry Cavil’s Clark / Superman is much improved, he is conflicted about the decisions he has to make, while still doing the right thing. He is certainly getting used to the role and it shows. While this time around he is certainly more relate-able, unfortunately he still manages to feel third tier to his heroic co-stars. Ben Alleck finally gets to redeem himself after his last masked vigilante outing. After twenty years, this Batman is tortured, darker, lost and no longer sees an end to the war on crime. He’s so focused on stopping this potential alien threat, he is constantly haunted by nightmares about it.. maybe too many nightmares, or is it foreshadowing? The action sequences with Batman versus some thugs, were probably the best in any feature yet. He reassured me he was the right actor for this gig and I’m looking forward to his solo venture. Mysterious antiques dealer Diana Prince is on the hunt for Lex Luthor, after discovering he may have some private files on who she really is. Gal Gadot is stunning and ever though her performances are brief, she is great in this and she manages to steal every scene she shares. The other controversial casting choice was Jesse Eisenberg’s neurotic take on Lex Luthor. On the surface a caffeinated Silicon Valley type entrepreneur, below a physically and mentally damaged genius. His unhinged performance is sure to drive comparisons to Heath Ledger’s Joker. His motivation for wanting to destroy Superman isn’t completely clear. His part in the (now reworked) creation of Doomsday, is complete garbage. 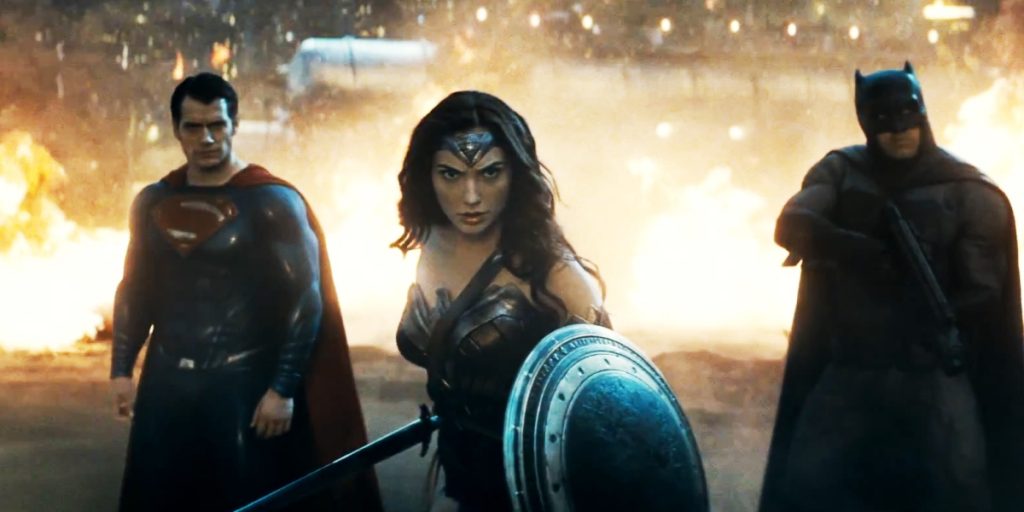 Dawn of Justice had some great performances, but with the horrible pacing, questionable editing, unconvincing CGI and bloated storytelling, the film barely manages to squeeze entertainment out of it. Unfortunately you have to invest over two hours to get to the payoff and by then, you’re left questioning if it was worth it.

In case you need a refresher,
Check out the Final Trailer here