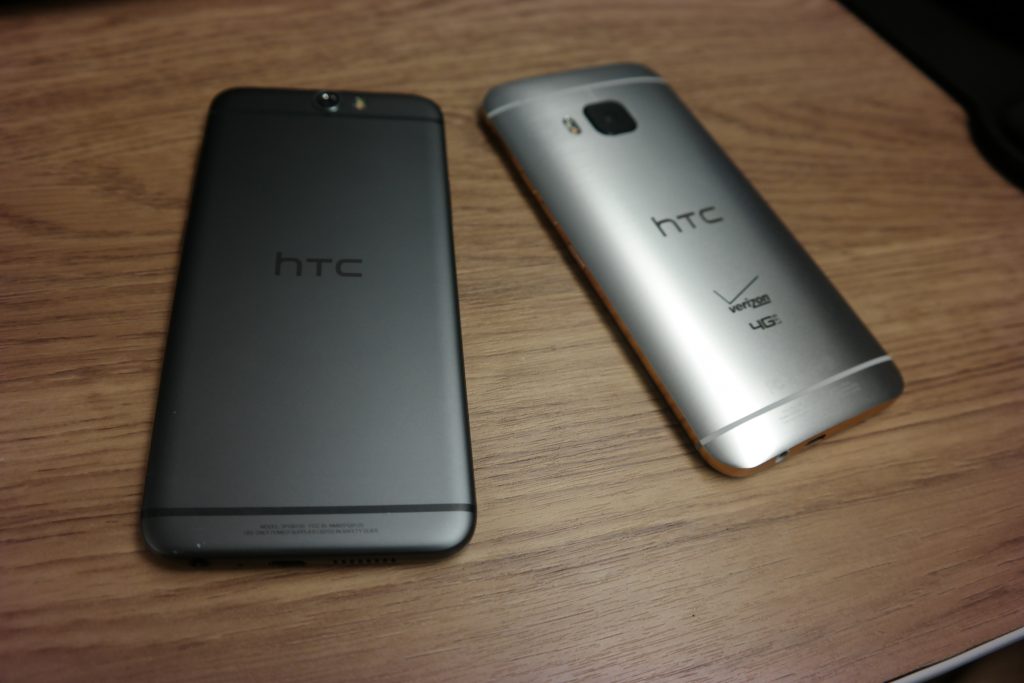 With rumors swirling of the HTC One M10(if they call it that) we take a look back at two flagships that HTC had pushed out this year. One being their HTC One M9 smartphone that launched earlier this Spring and then their midrange spec’d device with the HTC One A9. I know how can you compare a mid-range device to a so-called premiere flagship but the comparisons may surprise you. Just because one cost more than the other doesn’t make it is superior. Now I will say I was disappointed with the M9 for my own reasons but that’s not to say its a horrible phone. I was surprised though with the A9 and how it could incorporate some of both phones into the next flagship. But in any event if you do have your eyes on either device here are some things to look at between the HTC One M9 vs the HTC One A9.

First one holding both in hand you can feel the difference in design. The M9 has a curved metallic unibody while the A9 has a flat metallic unibody. With that curved body brings slightly more weight and make its slighter thicker then the A9 smartphone. Taste may vary but I found the feel of the A9 even if some say it resembles the iPhone. Its one of the best designed HTC smartphones in quite a while and hopefully it carries over to the next flagship down the line. There are some similarities between both devices such as microUSB and audio jacks on the bottom, and etched power buttons on the right side. They both also are capable of expandable storage utilizing microSD cards which is always a plus. 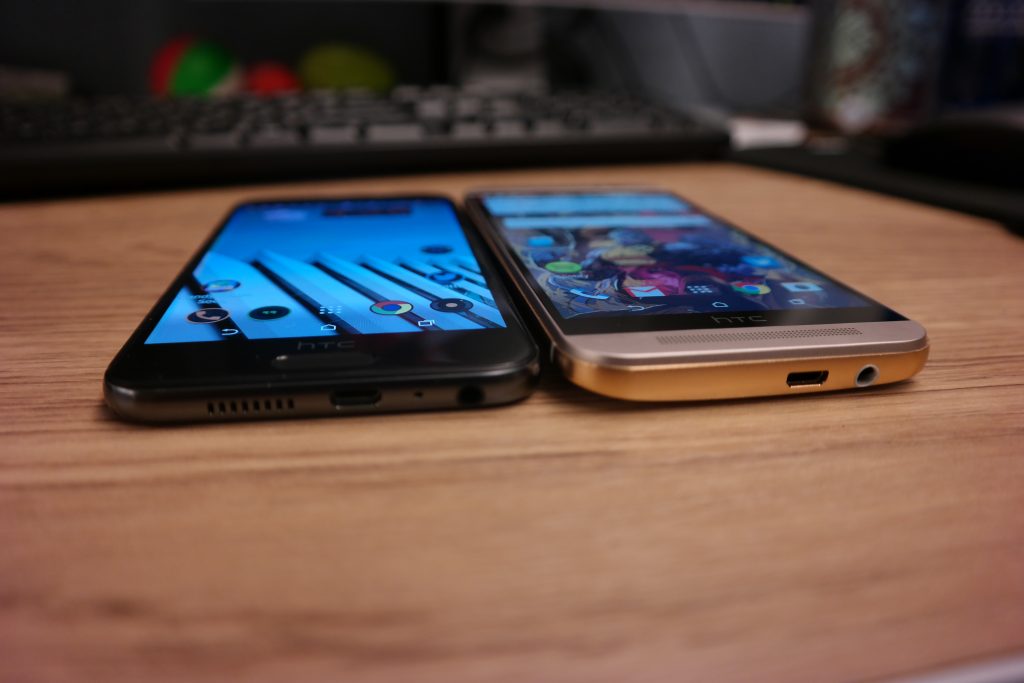 One thing the M9 has over the A9 is in the audio department. The M9 uses those lovely dual BoomSound speakers on the front’s top and bottom while the A9 has it on the bottom of the phone. Believe me the A9’s speakers sadly don’t sound nearly as good either. The A9 though has a fingerprint scanner in its recessed in Home Button which works rather flawlessly. The A9 doesn’t have a IR blaster though which the M9 does. Great for use when you can’t find your remote or go to a bar and need to change the channel yourself. 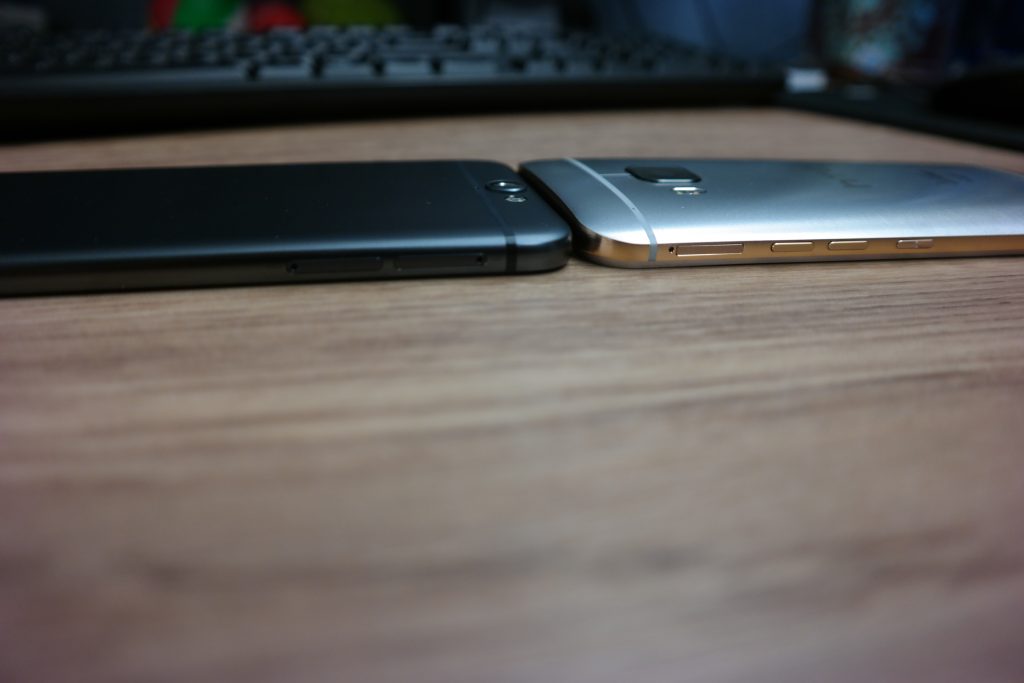 Battery sizes also differ greatly with the slim A9 holding 2150 mAh, while the M9 uses a 2840 mAh battery. Luckily though even with the small battery the A9 can charge up pretty quickly and thanks to the software its running and the optimization you can stretch out the battery pretty far. The M9’s battery can last for a good while too thanks to its software. So you really can’t go wrong with either one. 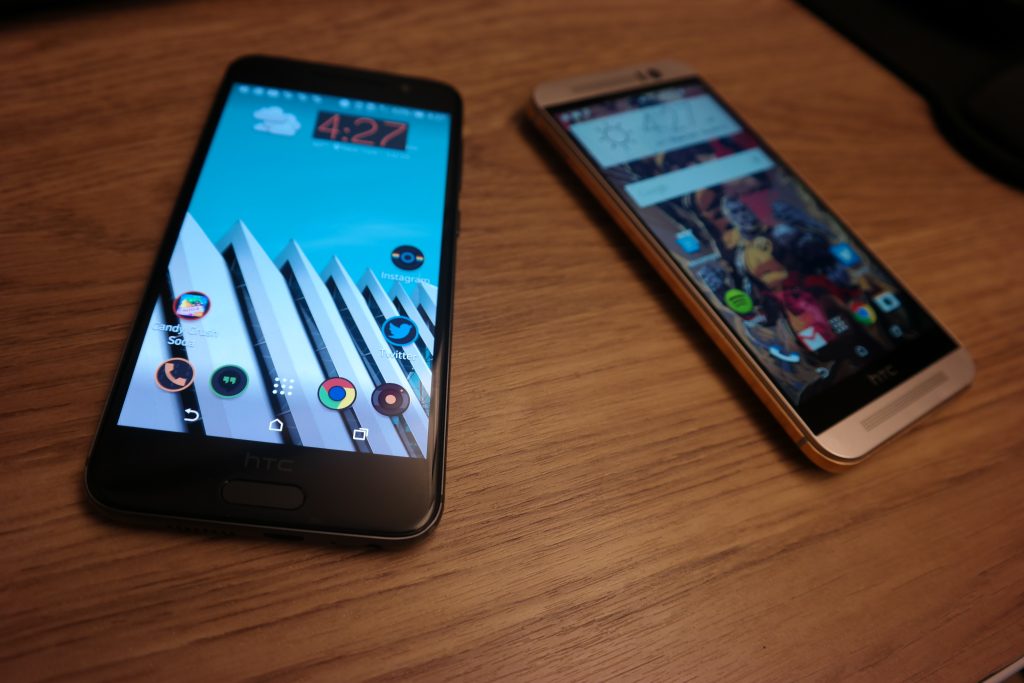 Both the M9 and the A9 have 5″ 1080p displays with 440ppi. The M9 like its predecessors is using a S-LCD panel while the A9 uses AMOLED(what you usually see on Samsung smartphones). Comparing both screens together they both look good but the colors pop more on the A9. One can say it even looks better than the M9. It just really depends if you want more vibrant over realistic.

This is an area where the A9 pretty much trumps the M9. The nine month old M9 is running Android 5.1 aka Lollipop while the newer A9 is running Marshmallow aka Android 6.0. That means the M9 is laced with alot of HTC’s skin and you can notice the difference when compared to the cleaner smooth skin running on the A9. Everything is just buttery smooth on the A9 and it also utilizes features brought on by Android 6.0 such as Doze and Flex Storage. Doze helps stretch that battery out when your phone is in standby while Flex takes your microSD and incorporates in your internal memory. Hopefully when 6.0 eventually hits the M9 we will see these same features baked in as well. 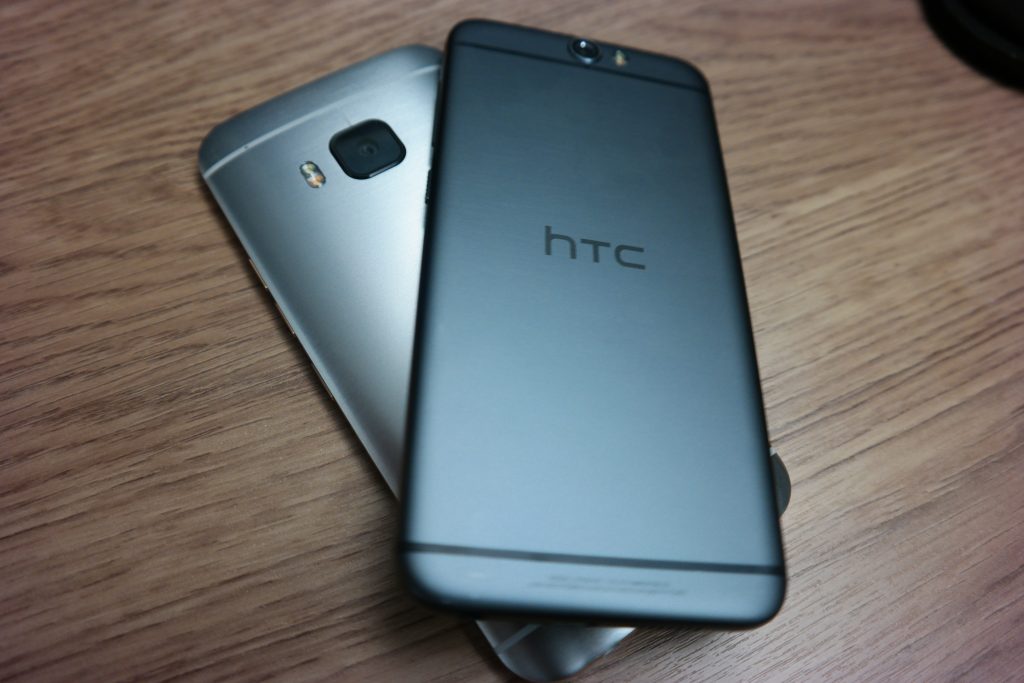 Rear shooters on each phone has the M9 using 20MP while the A9 is using 13MP. Neither one is the best at taking pictures compared to other smartphones on the market, but I do like the new camera software in the A9 slightly better. I imagine it will be carried over to the M9 at some point in time. Both have Ultrapixel 4MP on the front if you care for Selfies. If you like video recording you may want to opt for the M9 as it shoots 4K(UHD) while the A9 only goes up to 1080p.

The HTC One M9 and A9 have similarities but vary so much in different areas. The A9 has better software, display and in my opinion a better designed frame. The M9 is stronger in the hardware specs department and shoots some pretty good 4K video if you are looking for that. Also the M9 can handle some tasks harder especially gaming if you do that via mobile a lot. With the M9 being older you can find it in a nice price range as there is always deals while the A9 can be a pretty expensive midrange tier. But honestly I think I love the HTC One A9 just a little bit more.

Review for the HTC One M9

Review for the HTC One A9