What better way to celebrate the release of the much highly anticipated release of Metal Gear Solid V: The Phantom Pain than to take all focus off of it and look at the opening video of 343 Industries’ Halo 5: Guardians. It’s almost hard to believe it’s been almost 15 years since the release of Microsoft’s most iconic introduction of Halo: Combat Evolved and The Master Chief. 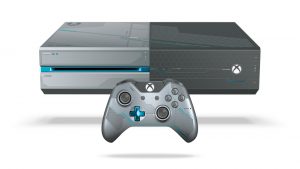 The Halo 5: Guardians opening cinematic is not to be confused with real game play. The cinematic essentially and very quickly introduces you to Spartan Locke and Fireteam Osiris gearing up for mission to recover a valuable target. Here’s what’s known, other than being exclusive to XBox ONE (sorry XBox 360 owners ), the game will run at a blistering 60 frames per second (FPS). Other than not focusing on Master Chief, the game’s campaign mode will have you as the player always accompanied by three Spartans. Said Spartans can be issued commands or controlled by other players making of a very interesting co-operative experience. Developer 343 Industries promises more than 20 multiplayer maps and Xbox Live Gold subscribers will have FREE access to even more throughout before June 2016. Also new to this game, will be the shrug worthy removal of split-screen mode, Bonnie Ross of 343 Industries noted that the Xbox One allows them to broaden the game’s scope as matchmaking and 4 player online campaign co-op will use the console’s dedicated server support. 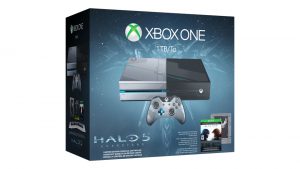 As with previous incarnations of Halo, Microsoft will be releasing special Xbox Console editions with the game. The Xbox One Limited Edition Halo 5: Guardians Bundle comes with a nice paint job, special controller, custom sounds, loads of extras and an upgraded 1 Terabyte Hard Drive, quite an upgrade from the standard 500 gigabytes from the standard issue systems.

Check out the Opening Cinematic Here from Microsoft here