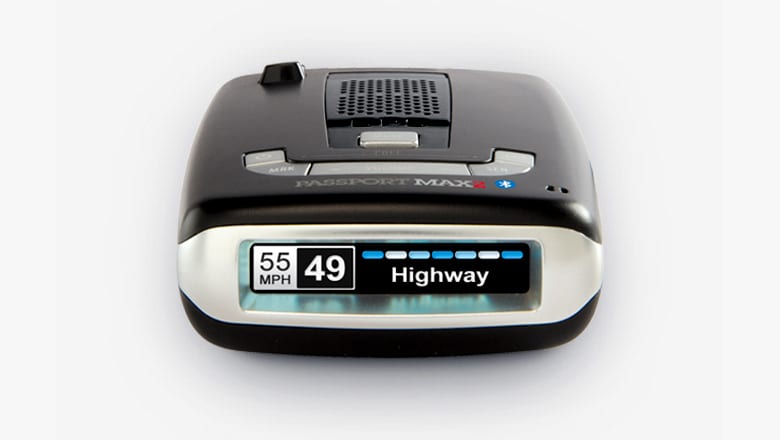 What’s a radar detector doing here? Simple. A couple weeks back, I reviewed the Escort Live Radar app here and as part of the package for testing out the app, the Escort Passport Max 2 radar detector was thrown in so that I could use the app to its fullest potential. If you read the review, you’ll see that the Escort Live Radar app is similar in function to Waze, but with a distinct focus on reporting and avoiding things like red light cameras, speed traps, and police radar. The thing is, the app is only half the equation and in order to get the full experience, you need an Escort Live compatible radar detector like the Escort Passport Max 2 which has built in GPS and Bluetooth.

When it comes to good looks, the probably the last thing people look for in a radar detector. Most just look like ugly little plastic boxes that we stick to our windshields and forget about. Our only real concern when buying a radar detector is that they work correctly and accurately. Design is secondary to that if at all. However, in the case of the Escort Passport Max 2, it really doesn’t look all that bad when compared to other detectors, though it’s still far from what I call pretty. 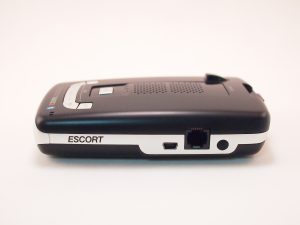 The Escort Passport Max 2 is basically just a black, plastic box with silver trim for a tiny bit of added style. The buttons are all located up on top and are also dipped in a silver metallic paint so that they can be spotted easily against the black body.

On the rear of the unit, there appears to be a huge sensor, which is what you want with a radar detector. It has to be able to pick up signals from more than a mile away in order to give you enough time to react to whatever possible police threat might be up ahead. I use the word “threat” because that’s what people in the industry call it. Anyways, back to the sensors, on the top of the unit there is also another sensor. This one faces you and I believe it is to detect threats that are to the side of you and behind you. 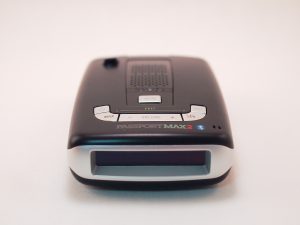 What makes this Escort radar detector different from some of their competitors is the multi-color OLED screen. This thing provides a wide range of information that could not have been displayed before. Not only do you get radar and laser warnings, you also see information on your speed, what the speed limit on the street you are on is (if you are subscribed to Escort Live), and what type of threats are coming up and the distance until you reach them.

Lastly, the Escort Passport Max 2 delivers voice alerts instead of your standard series of beeps. This helps me identify threats more accurately without having to look at the radar detector to see what it is alerting me to. This is a real handy feature that helps keep your eyes on the road.

The most import thing with a radar detector is how accurate it is in both detecting real threats and filtering out the false alerts. I’ve had radar detectors in the past that would alert you of things like automatic doors at the supermarket which was a big annoyance as driving through the city, you’d constantly get alerted by these. It got to the point where you wouldn’t really know what was real and what wasn’t. 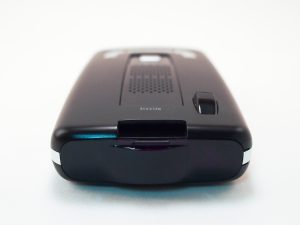 With the Escort Passort Max 2, it seems to have really cut down on these types of alerts. Throughout my time in both city and highway driving, I seem to get a lot less false positives than I remember from past experiences. I rarely get alerts from automatic doors anymore and even when coming up on vehicles equipped with those new radar blind spot detectors, I don’t get too many alerts from them. If I do, it’s usually just 1 beep and that’s it.

What the Passport Max 2 does do well is alert you upcoming threats both from the built in DEFENDER Database and from live threats. You get alerts in real time of upcoming red light cameras or speed cameras which is helpful in the city and on the highway, you get really good live detection. I’ve detected police from a couple of miles away depending on how clear it is ahead of me and this also goes for driving on local streets. What I really like is that it’s not constantly beeping in my ear and only alerts you of real threats. 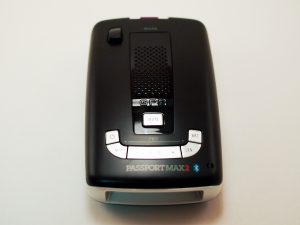 The neatest thing about the Escort Passport Max 2 though is the ability to update its internal database. You can plug the detector to your computer via USB cable and download the updates almost weekly. If you don’t want to go this route, you can also subscribe to the Escort Live Radar app and sync your Passport Max 2 with that for all the updated traffic threats as well. Not only that, you’ll also help contribute to live alerts for any other user that might be out there who is also using the system.

Should you own a radar detector? Yes, you probably should, especially if you drive a lot and drive through areas you know have a high concentration of traffic threats. Are they legal? Totally, at least in 49 states for non-commercial use except for Virginia and Washington DC.

Is the Escort Passport Max 2 worth the $600 asking price? If you’re looking for one of the best radar detectors out there, I would say completely. This one does so much more than any other radar detector I’ve ever used. Mainly the inclusion of Bluetooth and GPS opens up so much more on this thing. The GPS allows the device to calculate exactly where you are as well as what your GPS calculated speed is and the Bluetooth lets you sync with your smartphone if you’re using the Escort Live Radar app for even more accurate results. Not only that, the ability to download and update stationary traffic threats via the DEFENDER Database adds traffic threats that are not radar and laser based, (speed cameras or red light cameras).

The Escort Passport Max 2 also comes with quite a few extras for the price. You get a handy carrying/storage case, an Escort Smartcord for stealth monitoring, and the new MagnetMount StickyCup windshield mount easy install and removal.