– Fantastic Four made in debut in Marvel Comics in 1961, Created by Stan Lee and Jack Kirby. It still stands as Marvel’s original and longest-running superhero team.
– Quite a few important Marvel concepts made their debut in the Fantastic Four Comics, some include Ronan the Accuser and The Kree (also featured in “Guardians of the Galaxy” Film and “Agents of S.H.I.E.L.D.” TV Series), The Silver Surfer, The Black Panther and The Inhumans.
– This is the second reboot of the Fantastic Four film in just over 20 years. The first a low-budget film produced by legendary B-Movie Director Roger Corman, in 1994. Although never officially released for distribution, it can be magically found on the internet. The second released in 2005, with its sequel in 2007 directed by Ride Along/ Barbershop director Tim Story, staring current Captain America Chris Evans and Jessica Alba as Johnny and Sue Storm.

This incarnation of the F4 is as much inspired by comics created by Lee and Kirby as the 2004 run of the, “Ultimate Fantastic Four” Comics. The film kicks off with 5th grade kid prodigy Reed Richards, (elder Reed played by Miles Teller) pitching his future aspiration to be the first person to teleport himself. The only one to take him seriously is his classmate and new friend Ben Grimm (elder Grimm played by Jamie Bell). Together they build a prototype that fuels Reed’s inspirations towards his goal.

Seven years later the pair are discovered by Dr. Franklin Storm (“House of Card’s” Reg E. Cathey) and his adopted daughter Sue (Kate Mara). They have been working on a similar project but recognize Reed’s advancements in the field. Dr. Franklin Storm envisions using teleportation device to help mankind, to reach an alternate dimension via a “Quantum Gate”, potentially providing the resources to cure man’s ills and right the wrongs of the earlier generations. They recruit Reed to The Baxter Institute, a government-sponsored research institute for young prodigies, leaving Ben behind. They enlist the assistance of former student Victor Von Doom (Toby Kebbell) and Sue’s hot-headed technician brother Johnny (Michael B. Jordan) to bring the project closer to fruition. After a successful test, the facility’s supervisor, Dr. Allen (Tim Blake Nelson), decides to enlist NASA on its first human test to “Planet Zero”. Disappointed at being overlooked, the inebriated group enlists Ben to join the perilous journey.

20th Century Fox’s second stretch at making the Fantastic Four origin story has gone through every hurdle one can think of. Angered fans over casting, production problems, canon changes, last-minute re-shoots, unimpressive marketing. But it isn’t the only film this year to go such tension. Marvel’s Ant-Man has been in on and off production since 2006 until its recent release, so the question remains, how’s the result? 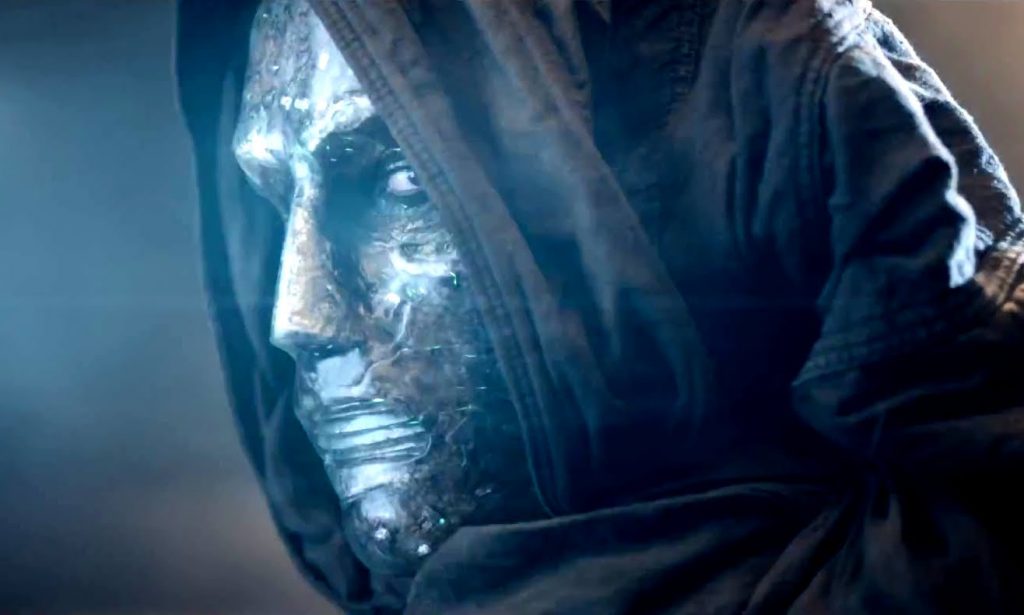 Not Fantastic.. at all..
Now a few years ago when I heard Josh Trank was selected to direct this film, I was excited, very excited. At that point I saw his feature film debut Chronicle, in which Michael B. Jordan also stars and I loved it. Found-film features were getting old, he brought a passion and a vision that not only entertained but made you care for the characters in play. That’s what I hoped I was coming into with this film. That was my fault. This is easily one of the more disappointing comic book adaptations of recent years, shelved up there with Wolverine Origins, Batman and Robin and the Ghost Rider movies.. (Sorry Nicolas Cage). The film was so clearly designed with a sequel in mind that it completely forgot to have a second act or soul for that matter. About two-thirds of the film is burdened with so much exposition that when the third act hits, it’s over so fast you’re thinking to yourself, “what just happened? that can’t be it”. The story is completely uneven, it’s not thrilling or entertaining. Now, There’s an excellent cast in play here, but why do you have them mostly behind screens, barely any true interaction with each other. The CGI is also quite poorly done. For the brief moments you get with the characters in their post traumatic forms, you’re not sold. It’s dark tone also brought with it bearly to no humor, why should I care for these characters? Toby Kebbell’s Doctor Doom is severely underused, I’m not even counting the poorly designed costumes here. I was almost rooting for him in this film. As horrible as it sounds, after watching this film I missed the Tim Story directed films. As campy as those films may be, I was at the very least entertained. Good News! There’s no Post-Credit scene, when the film is over, you can leave.

Check out the extended trailer here