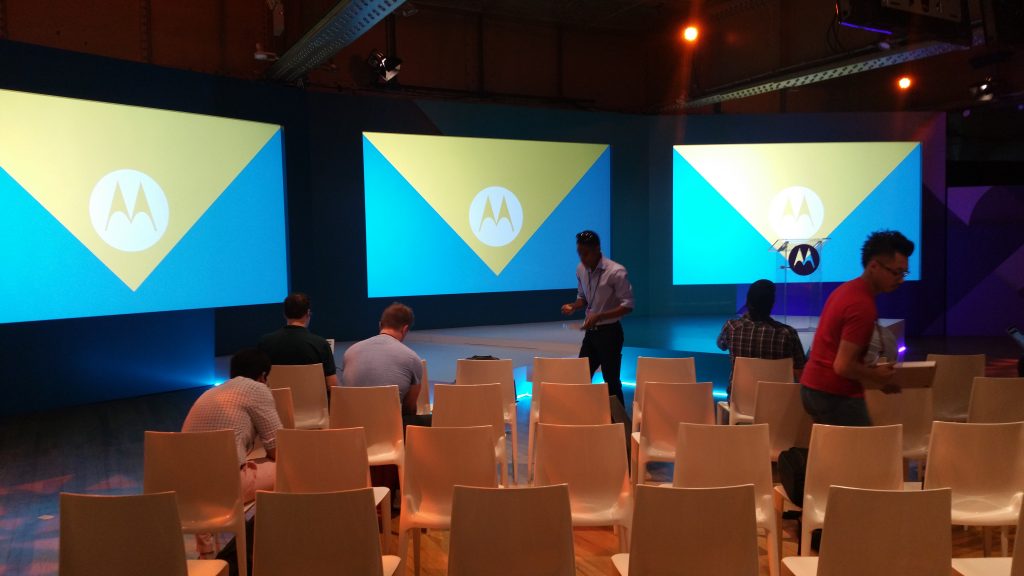 Yesterday in NY, Motorola Mobility had a grandiose event showcasing what most of us in the tech world anticipated. They were here to show off the new Moto X and new Moto G. It was expected that we would see more than one variation of the Moto X and the versions that we saw today were impressive.

The Moto X “Style”, Moto X “Play”, Moto X “Pure” and the new and hugely popular Moto G were displayed and they did not disappoint. If you’ve used a Moto X or a Moto G in the past then you know that you’re getting a high quality phone with almost a pure version of Android 5.1 Lollipop. 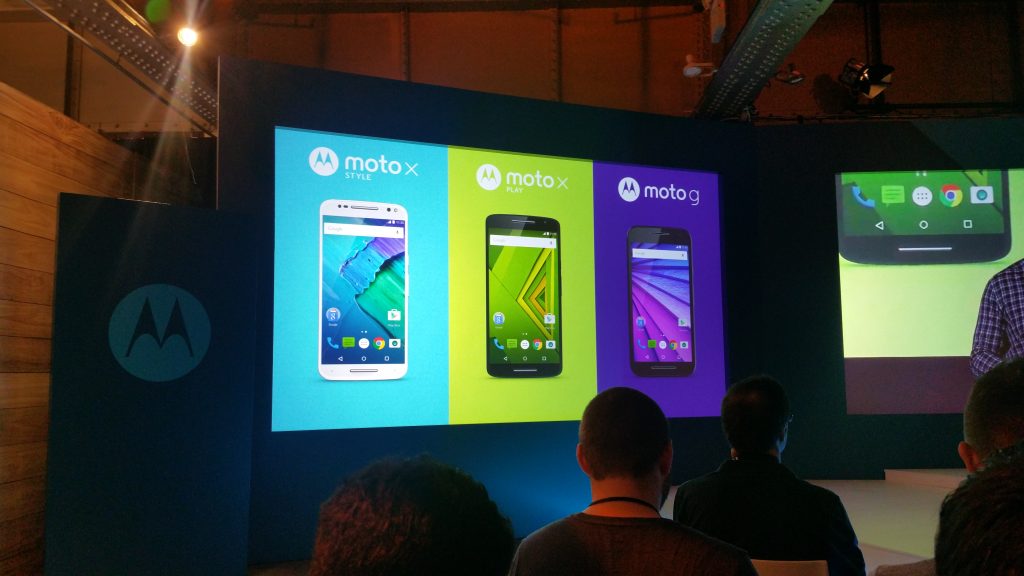 The new Moto X “Style” is the flagship phone and it is very different from last year’s Moto X. It got a major spec upgrade and not only that, surprisingly it also received a size upgrade. The Moto X “Style” version has a 5.7″, 1440p 520ppi Quad HD display, with a Snapdragon 6-Core 808 CPU, 3GB of RAM, 21MP rear facing camera, 16/32/64 GB ready with expandable micro SD card slot for up to 128GB, 5MP front facing camera with LED flash and a 3000 mAH battery just to give you an idea of the type of power we’re talking about. Nothing to sneeze at. This phone is a beast but there are two others, What’s the difference? Let me tell you. 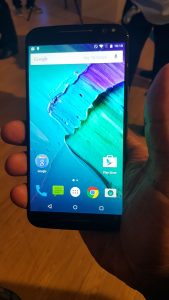 The Moto X “Pure” is essentially everything you get with the Moto X Style but without the hassle of dealing with a carrier. It’s unlocked. That’s it. The Moto X “Play” is the Moto X we won’t see stateside unfortunately. We can still talk about it though. This phone is a bit different from the Style. This phone has practically the same internals spec wise but the screen is a little smaller at 5.5″ and Motorola gave it a massive 3,630 mAH battery as opposed to the 3,000 man battery of the Style. Killer.

All three of these phones have great internal hardware and a bigger size which is more or less trending nowadays and Motorola is also touting that all three of these phones will have the fastest charging available with 10 hours of use time with a 15 minute charge. That remains to be seen but it’s good to know that it’s a possibility. The new Moto X is remarkably inexpensive for a premium phone at $399 which puts makes it competitive to the One Plus Two and pretty much any other phone coming out in the near future. You can’t get any of these phones just yet but it’s right around the corner this coming September. 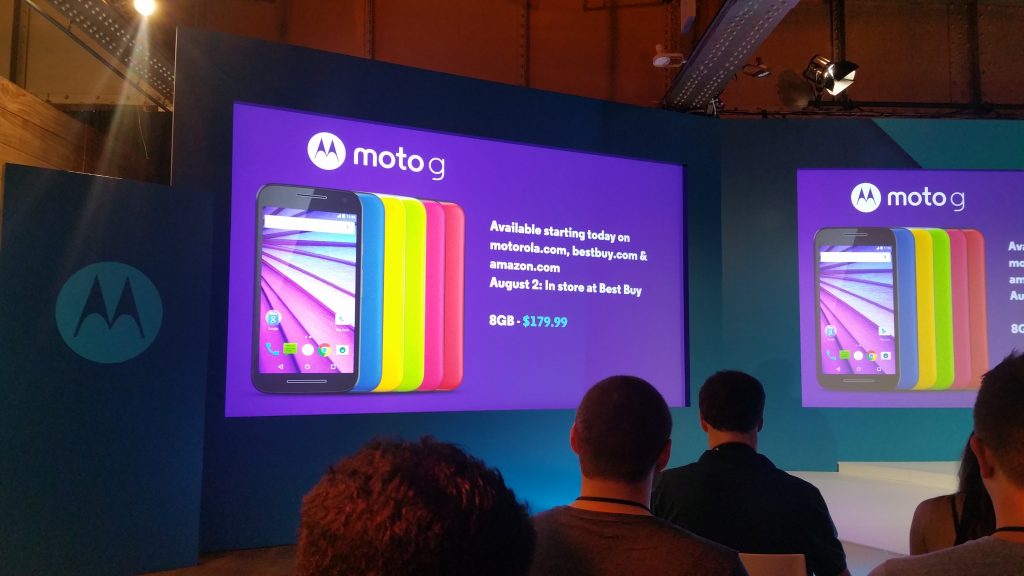 Everybody’s favorite budget phone is back and better than the last. The Moto G has made some strides since it was first introduced and after playing with it yesterday I already know that everyone is going to run out and get one. 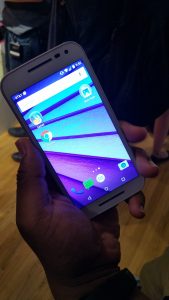 The new Moto G has some pretty decent specs. It comes packed with a Snapdragon 410 4-core CPU, 8GB of storage with 1GB of Ram or 16GB of storage with 2GB of RAM, Micro SD card slot that supports up to 32GB, 5″ 720p display with Gorilla Glass 3, 13MP rear facing camera and a 5mp front facing camera, a 2470 mAH battery and the best part? It’s IPX7 water-resistant. It’s fully waterproof.

The new Moto G is fully customizable now with the Moto Maker. You can go online customize the back plate and even the metal strip and dimple in the back of the phone with so many different color options. Motorola has gone a long way to make the Moto G not seem like a cheap option especially considering the price. You get all of this for $179.00 as of yesterday. If you wanna check it out you can do it here

The new lineup of phones Motorola put out yesterday are going to be phones that a lot of current Android users are going to migrate to. It’s the best of the Android phones. Sure, there will a lot of fanfare over the One Plus two and the upcoming Galaxy Note 5 and hopefully the Nexus 7(phone) soon but as of right now these Moto phones are gonna be pretty hard to beat as an overall package. We’ll see how it goes.