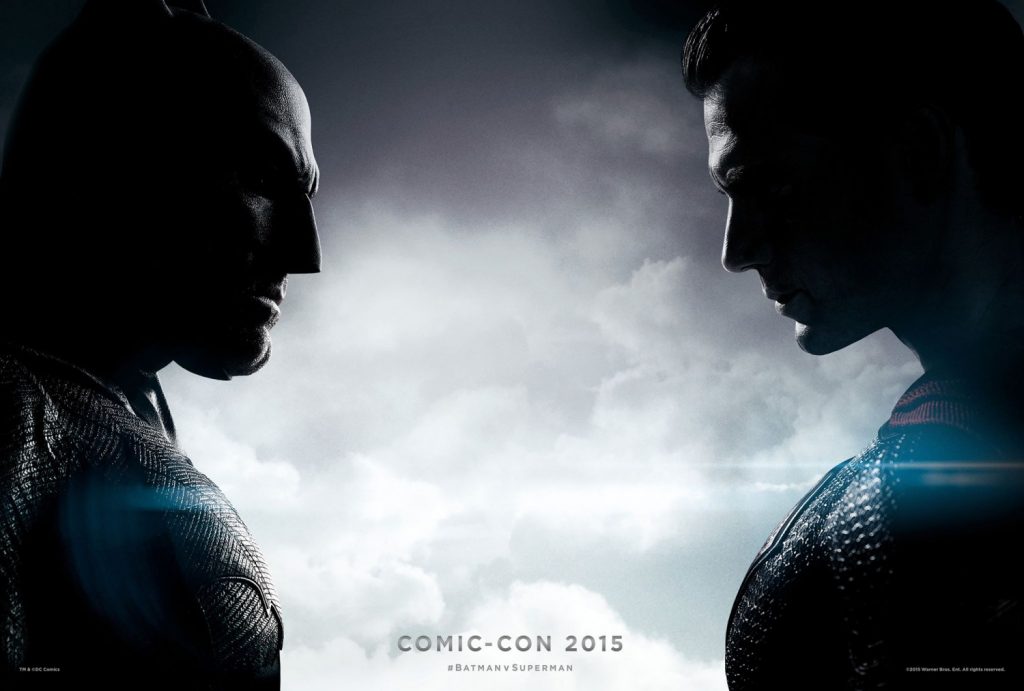 Just case you missed it or want to see it again, coming from Warner Bros’ panel at San Diego Comic Con this weekend we are getting a action filled trailer for the highly anticipated Batman v. Superman : Dawn of Justice movie slated for 2016.

From the looks of the trailer it looks like Batman(Ben Affleck) is itching for a fight and wants to take down Superman(Henry Cavill). Possibly for all the destruction he has caused. We also get some glimpses at Wonder Woman(Gal Gadot), Lex Luthor(Jesse Eisenberg), and returning characters such as Ma Kent, Lois Lane(Amy Adams) and Perry White(Laurence Fishburne). There is a tease of Robin’s suit spray painted with “Haha! The Jokes on You BATMAN”. This could setup possibly a Red Hood/Robin/Joker story in a future film perhaps?

i think there is a ton riding on this film for DC Comics and I hope it turns out to be a nice gamble for them to cram all this into one film especially for their first multi-character outing.

Let us know what you think of DC’s latest trailer