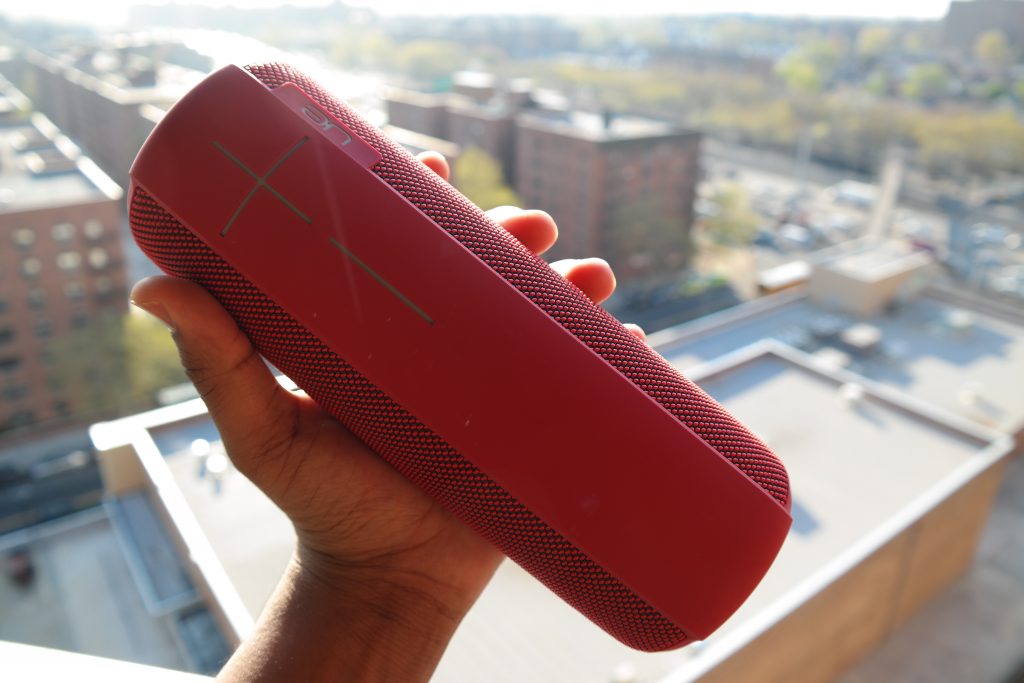 A few years back the Bluetooth speaker market was not as large and there was only a handful of companies you could rely on. Fast forward a couple of years and everyone has their own style of portable playing music they want you to use. A portable speaker I grew fond of used a lot out of ones I reviewed to this day was the UE BOOM by Ultimate Ears (under the Logitech umbrella). It had everything you wanted such as battery life, great sound and durability. Reasons for these is why I couldn’t stop using it. Ultimate Ears unveiled its successor or should I say big brother to the UE BOOM with the UE MEGABOOM. Besides it being a larger size its chock full of bells and whistles you wouldn’t realize you needed. Can the MEGABOOM become by new favorite? 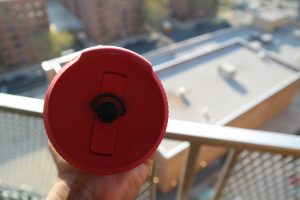 Just like it’s little brother the UE Boom, the Megaboom is designed just about 90% the same. It still has that nice feeling nylon mesh material, plastic on the top, bottom, and a stripe going down the front of the speaker connecting them. This is also where the volume controls are placed as well. So basically they look exactly the same besides the fact the Megaboom has concealed tabs on the bottom for aux cable connection as well as charging. These were done as where the Boom was water-resistant, the Megaboom is waterproof. Its rated IPX7 so drop it in the pool, take it on the beach, whatever you desire and it’s good to go. It dries off pretty quick with a towel too. In a nutshell you get the same build you know and love from the Boom with some nicely added waterproof adjustments.

The MEGABOOM sets itself apart from the Boom in some spots. With the Boom you’d have to do updates via your PC but if you don’t have to own one you can update the Megaboom via your smartphone with the UE app. It’s very painless and very quick when I had updated both speakers. I went to do an update on the Boom and had to find a USB cable, connect to PC and then update. Wireless range on the Megaboom is 100ft and has a battery life of up to 20 hours. The Boom would only do 50ft and 15 hours which isn’t bad in itself. There is an option to turn the speaker on/off via your phone at any given time. This helps save on battery life and if you may have placed the speaker out of reach.

This is where all the difference is made. While the Boom has been known to help bring some life to the party, the sound just is explicitly better on the Megaboom. Bass is pumping out more, clarity is richer and this thing will fill up a room and then some. I used to have to crank the Boom to the max but at times I find myself turning the Megaboom down. Using the UE app does provide some good equalizer options if you need be. 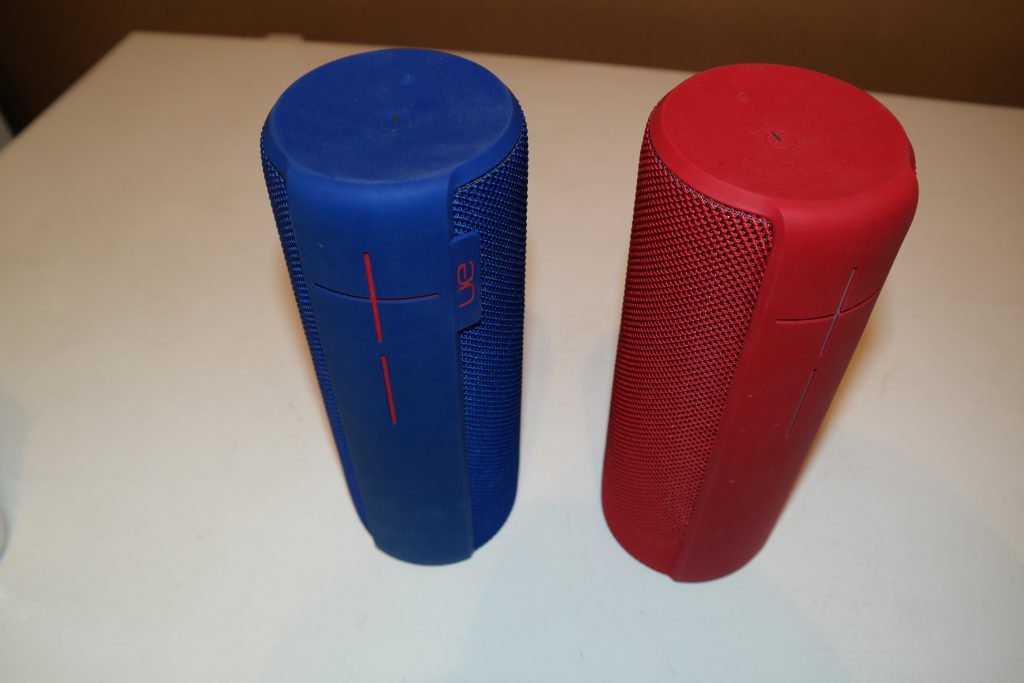 Like I did with the UE Boom review I tried the same functionality with the Megaboom. Same results with control options allowing either simultaneous hearing or going the Left/Right speaker option. I did try to sync the UE Boom with the Megaboom and sometimes it worked out perfectly fine and other times it would distort a bit.

If you want to go big in the $299 bluetooth speaker market and looking for a waterproof speaker then the Megaboom maybe up your alley. Plus with its accompanied app always having updated features even sporting an alarm clock its hard to not like this device. It being rugged and able to take a few drops is a plus in my book as well.