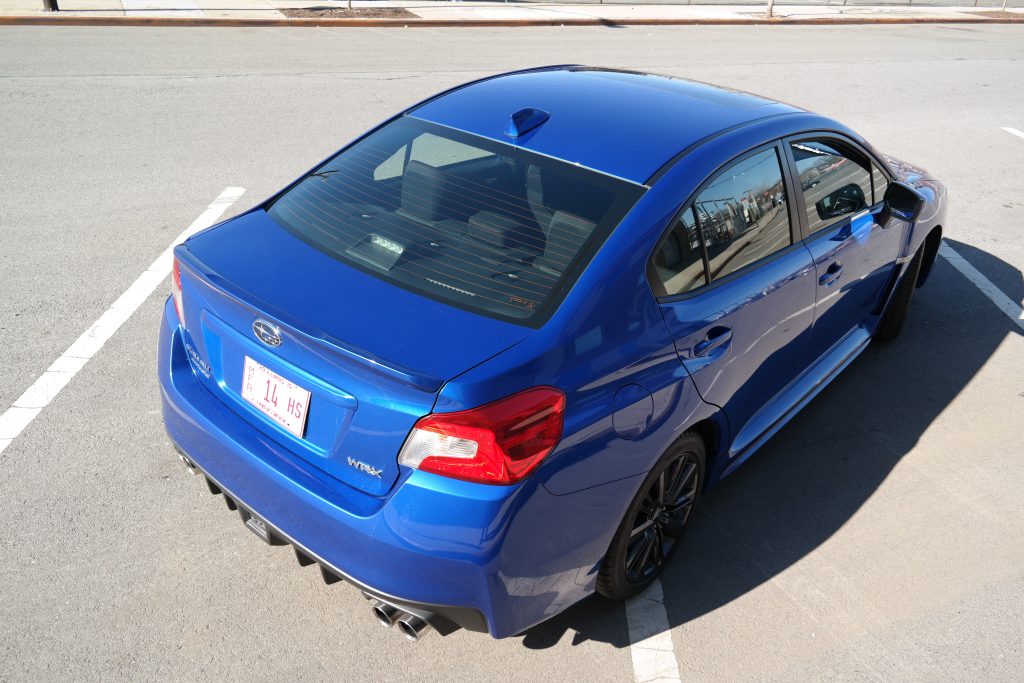 Subaru isn’t a brand you read here on G Style Magazine before. Our very first mention of Subaru was our post on the introduction to Subaru and the Subaru Legacy while in Palm Springs here. I’m not gonna lie and say I’ve always been a Subaru fan, or even that I really pay much attention to Subaru. Truth is, when I thought about cars I might want to own, Subaru was no where on that list. But much can change when your given a chance to see one of their cars up close and learn about the culture. This happened in Palms Springs and continued as I got to test drive the car I knew about from Subaru. The WRX is one of those cars which you may not know much about, but it just looks great so it calls your attention. But would looks alone be enough? Here was my experience. 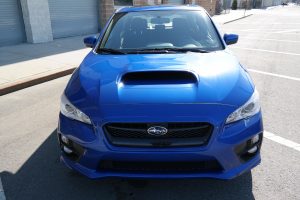 I always say the first thing to catch your attention is the look of a car. Without the look, you more than likely won’t bother to learn more about this. When you first see the 2015 Subaru WRX Premium, to say it catches your attention is stating it likely! And if that wasn’t enough, Subaru saw it fitting to send me a royal blue colored one, which is my absolute favorite color. Imagine stepping outside and seeing this beauty across the street!

The WRX is definitely the FUN car of the group. While the BRZ may be the real sporty type from the Subaru line up, the WRX is the one you want to drive and own. Even when I spoke to a few people about the WRX, the response was highly positive, and the excitement was clearly there. I was told stories of other people who have one and did some cool after market things with their WRXs. The WRX is a small sedan and from the front looks race worthy. From the air scoop on the hood of the car to the way the front design has a rally look profile, the WRX looks like a car that you can get into some sh** with. The sides have a pretty common sedan look, and you’ll like the read of the front. With the shape of the truck door to the exhaust pipes below. The rear looks every as bit instinctive as the front. The WRX is an expressive car, one that challenges you to get behind the wheel. 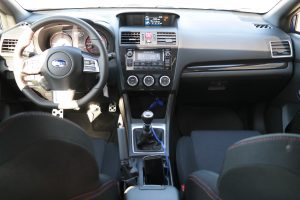 Driving the 2015 Subaru WRX Premium was awesome! The car I had was an manual transmission which I do like driving for a short time period since it is fun, but would never own a manual car in the city. The WRX had some nice acceleration to it and felt good as I dusted around in the city. It was a bumpy ride when driving around in the city and you can definitely feel all of them as you went along. It wasn’t terrible, but all that bumping around can get a little unnerving by passengers who aren’t as amped as you driving a WRX.

The WRX was also light on creature comforts. I feel like this car is more about performance than luxury. Which is cool, but with a price tag starting out at $28,495 and being labeled Premium, it could have a few more things standard. For one just add the navigation and the larger display screen in there instead of having it as an option to add-on. The one you have without navigation looks like something you’d see in a car from the year 2000, not something you expect in 2015. Again you could add in the navigation option which has the better display for $2000, but it just feels like it should already be there.

Overall the WRX is a car I would want to seriously own, I’d just go with it as an automatic unless I moved to somewhere there was more highways driving than stop and go city traffic. The cost is a little up there as well, so as much as I love the WRX, money wise I’d feel more comfortable in the Impreza price range.

The 2015 Subaru WRX Premium starting MSRP is $28,495 with a manual transmission. It is a great looking car, fun to drive, and definitely has performance under all those good looks. It is a Subaru car, so like every car in their line, has All Wheel drive and the best resale value. Looking for something that looks great in the summer and handles itself well in the winter, the WRX is what you want to get behind!