The company that brings us Windows and Xbox was in Redmond, VA on Wednesday January 21st to give us a look at what it foresees as the future, in terms of the technology they intend to bring to the masses this year and for the next couple of years. Usually when we think of a keynote event we think Apple but this time is was not to be. It was all about Windows. Microsoft’s keynote overall was impressive and it was exciting to see that Microsoft is back in the lab innovating and making it presence felt.

Microsoft showed off a few new things today, some that you may have heard of or been aware of such as Cortana and some things you may not have heard of like Project Spartan formerly known as Internet Explorer. If you didn’t get a chance to watch the keynote and you’re interested then you can watch it via this link The keynote is about 2 hours and change long and it’s a lot to absorb so we just took the best of what we saw put here for you to check out below. 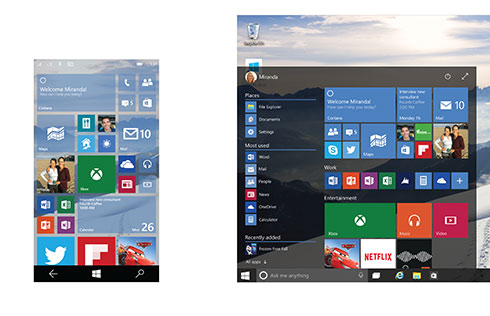 Windows 10, the OS itself and the reason all of today’s event is so important. Windows 10 and Windows 8 aren’t much differently aesthetically but the look was not what Microsoft was trying to fix with the changes they made. Windows 10 this time around is about so much more. It’s about Cortana, it’s about Xbox, the Surface and every other device you have at home ALL being able to communicate locally. It’s feature packed as Windows always tends to be but this time around it doesn’t seem to be needlessly featured packed. Everything appears to have a purpose. Of course we won’t know totally how this all works together until we try it ourselves but from what we saw in the keynote it look as if Microsoft has gotten some sense of what the consumer wants when it comes to linking and sharing with devices. Oh yeah, the best part? If you have Windows 7, 8 or 8.1 then the upgrade is free. They’re extremely late to the party on this one but better late than never. 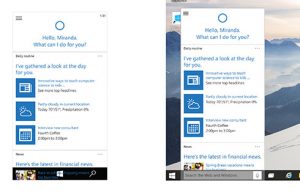 Microsoft’s take on the personal digital assistant appears to have gotten some major improvements. The goal of Cortana is not just about doing what Siri and Google Now can’t, it’s also about doing what you tell it do without having to lift a finger. It’s designed to be the PC version of Tony’s Stark’s Jarvis. You can basically ask Cortana to do just about anything and for the most part Cortana will execute it, and not just low-level functions. Cortana will open apps, find specific files, play music that you ask it to and begin to learn your tendencies as you interact with her more often. We’re excited to see how this works. 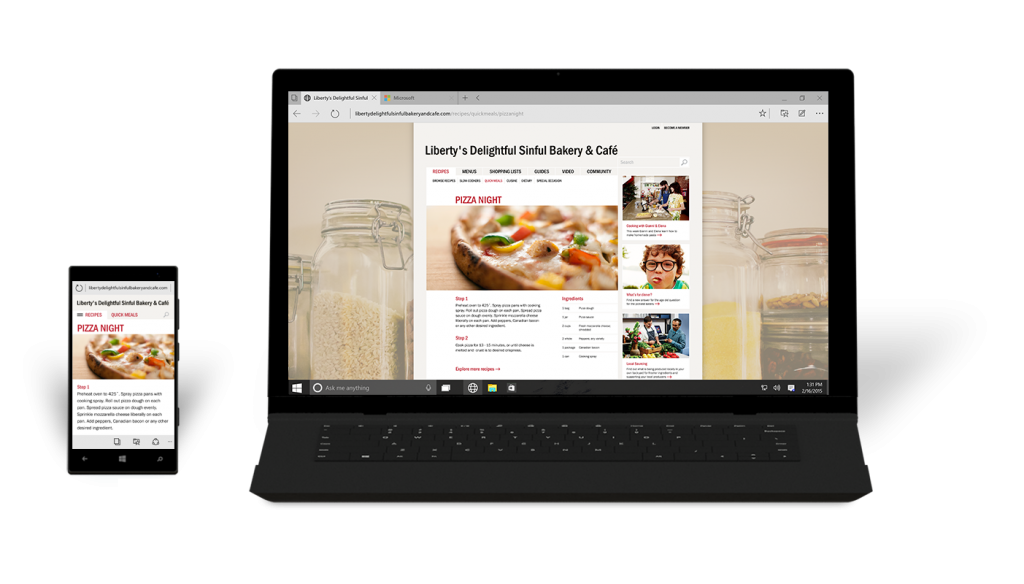 Internet Explorer is done and over with…finally, but Microsoft is not at all giving up on being a competitor to the kings of web browsing, of course I’m speaking about Google Chrome and Firefox. Microsoft has gone back to the drawing board and redesigned their new browser to give it an all new look as well adding some really nice functional features. New features such as note taking on touchscreen and conventional PC’s looks to be helpful and pretty cool, Cortana integration is built-in, reading mode, tabs and lists can be saved for use across all of your devices as well as offline use. There will probably more features added to Project Spartan by the time the beta becomes available and probably even more things added by the time the release goes public. 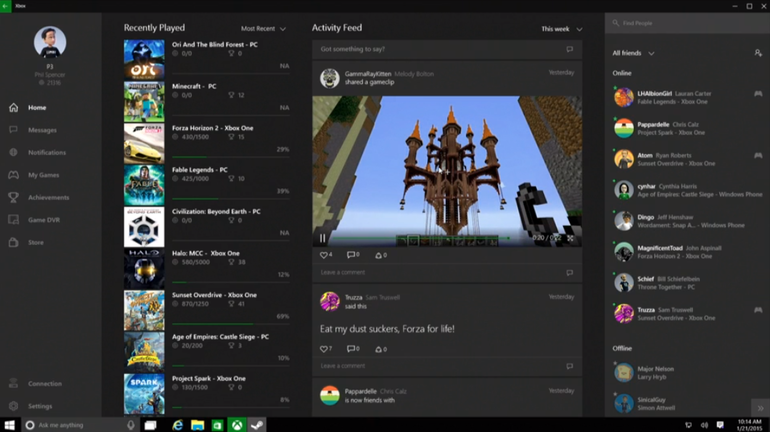 As a gamer this was probably the coolest feature of everything that I saw in the keynote. The XBox app. This is an application that will be built into Windows 10 and it’s essentially a hub for your Xbox and your Xbox Live account that shows your stats, friends, social media connected part? Playing Xbox ONE games co-op style. What this means is my friends and I can play out Xbox games either on the console itself or by way of a Windows 10 machine. It’s safe to assume that this is going to work similar to remote play for the PS4 but on a more grandiose scale. Microsoft has spoken of this before some years back but it never actually came to fruition. This time around it seems as if this will not be the case and to see it in action was exciting and it will definitely add a new element to gaming. Sony?…Your move. 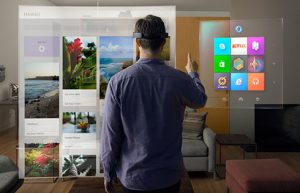 This was the most futuristic part of the keynote. Microsoft Holographic (yeah, the name sucks). This was essentially showing off the potential of VR and augmented reality for the upcoming years. These things always look great in theory although they’re extremely difficult to get right. It would be interesting to see how Microsoft makes this all work. Wouldn’t be cool to play Minecraft in your living room and be completely involved in that game world, controller free? Hell yeah. All you’ll be using is the glasses based headset and you’re in. Simple. Even if you don’t necessarily care about VR, Holograms and augmented reality, you can’t help but be a little excited about seeing what you saw in the Minority Report begin to take shape.

It’s good to see that Microsoft has started to listen to the demands of the customers and begin to create an ecosystem that uses all of its devices…Finally. It’s also good to see that Microsoft is keeping busy innovating, because for me I had them all but done since the Windows Phone can’t seem to gain a foothold in the smartphone market share and Windows 8 is still very much a pain in the ass to use. PC sales are steadily picking up and now is a pretty good time for Microsoft to get their new stuff out there and see where it goes. We’ll be checking it out, are you?