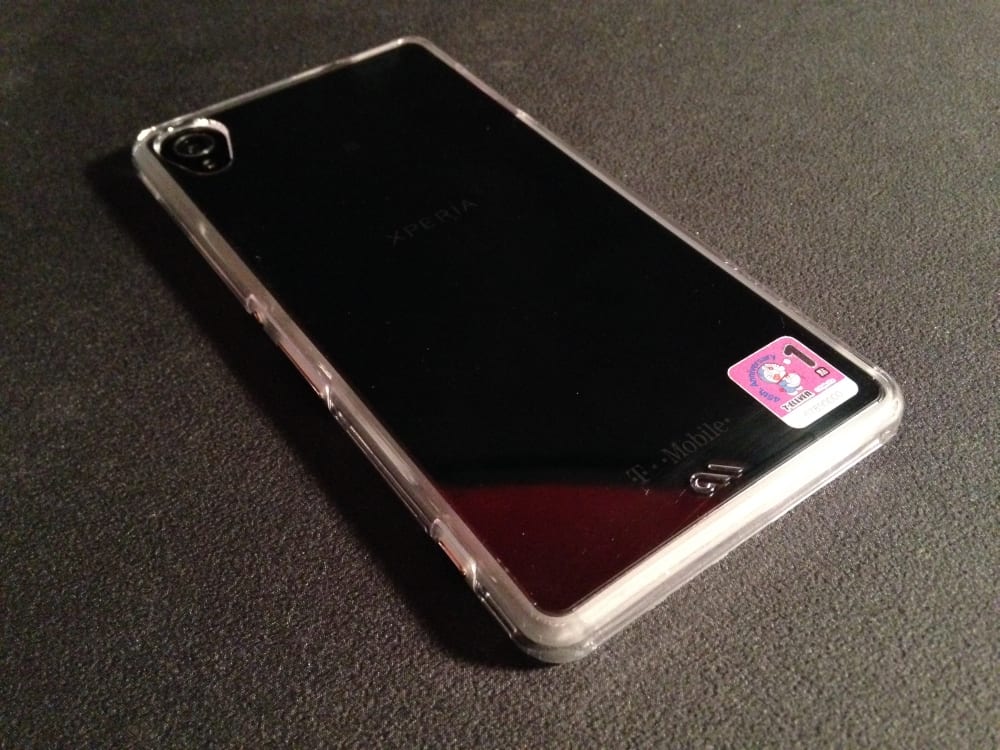 Case-Mate lately has been pumping out some rather high-end, fashionable cases lately. We’ve used a few in the past for smartphones like the iPhone and the various Samsung phones, but did you know that they also make cases for some lesser known, newer devices? For instance, Case-Mate is one of the few accessory makers that has something for the Sony Xperia Z3, and not just a cheapy case but an actual good looking, high quality one. The Naked Tough case is one of Case-Mate’s staple cases and has appeared on numerous other devices. It’s basically a hybrid case that offers increased shock protection combined with a transparent hard shell case to offer a barely-there design that doesn’t take away from the Xperia Z3’s good looks.

The Case-mate Naked Tough is a two piece case that features a flexible silicone bumper and a transparent polycarbonate hard shell. Combined, they form a rather protective barrier against accidental drops and scratches that you would get if you used the Xperia Z3 unprotected. For those that have the phone, you know that the devices is notoriously slippery to hold and the rear glass panel is susceptible to light scratches. 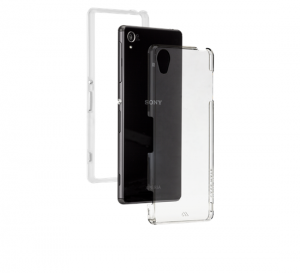 Unlike previous versions of the case, the bumper has a more translucent, clear look that is much better than the white color I’ve used in the past. Like previous versions, the bumper has built in metal buttons that give it a more luxurious look while also adding function to it. It allows you to push all the buttons as you would normally, which is a problem many cases have. On the downside though, the bumper covers up the door to the micro SD card slot and the magnetic charging port on the side. It’s not a huge thing for me as I rarely open up that door anyways and I don’t charge using the magnetic port. The USB charging door remains accessible as does the AUX audio port.

What sets the Case-mate Naked Tough apart from other clear cases though is the fact that the clear hard shell portion of the case here wraps around the entire phone and not just the back and two sides. The case hard shell here wraps all the way around and goes over the shock absorbent bumper. This means the Xperia Z3 is completely protected on the rear and all four sides which is a lot more than most clear cases. The shell itself also feels fairly thick so it should withstand a good drop here and there with the bumper adding quite a bit of shock absorbancy.

I’ve been using the Naked Tough case for a couple of weeks now and so far, I’m loving it. It doesn’t really add much noticeable heft to the Xperia Z3 and half the time, I don’t even notice that it’s there. The Xperia Z3’s good looks are still there but the slipperiness of it is thankfully gone now. The Naked Tough’s shell is a bit easier to hold on to than the phone is naked, making it much easier to hold one handed. 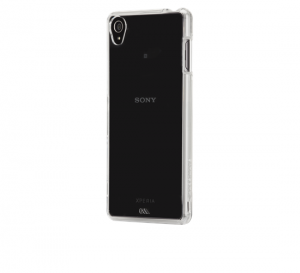 What I don’t like about the case though is that it is a fingerprint magnet. Greasy hands will make for a greasy case. I mind myself constantly wiping it down to get rid of fingerprints and smudges. Also, because it’s a clear case, you’ll start noticing some lint and dust that collects underneath the case. I had to give it a good cleaning every few days.

Despite this, the Case-mate Naked Tough is my most favorite case so far for the Xperia Z3. It offers a level of protection that I’m very comfortable with and now I’m not so scared of trying to use the device one handed. Not only that, I can also now place it on a table or other surfaces without fear of scratching up the rear glass (which I’ve already done prior to getting a case).

What’s amazing to me about the Case-mate Naked Tough case is just how out-of-the-way it is. What I mean is that you don’t notice any real increase in girth or weight and it still stays relatively thin in comparison to a naked Xperia Z3. Sure you lose the use of the magnetic charging port and won’t be able to casually open up the micro SD card slot, but who cares. I don’t use a magnetic charger and I don’t open up the door to the micro SD card when I already have one in there.

This is by far one of my most favorite cases for the Xperia Z3 and it’s one that I use everyday now. It allows me to use my device worry free while also still allowing me to show off the Xperia Z3’s sexy lines. 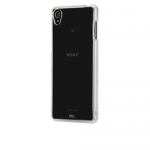 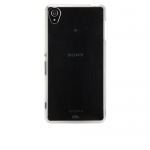 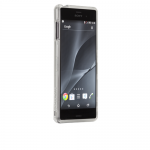 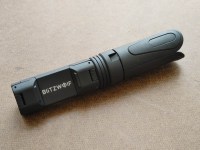