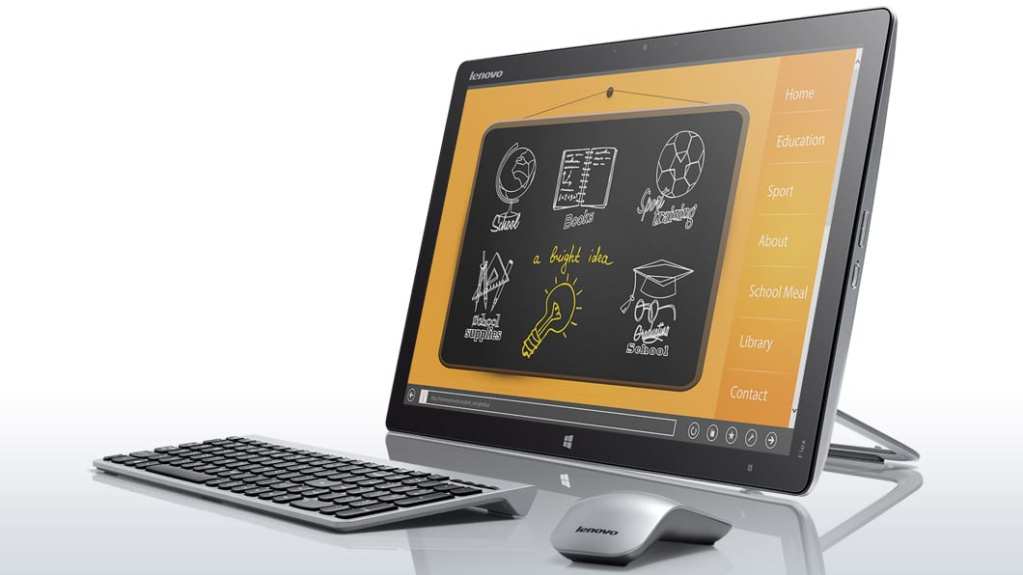 All in one machines have now pretty much become the norm since the iMac changed the game. They’re getting thinner, lighter and the designs are getting bolder. Every PC manufacturer has come to the table with their version of an all in one machine and Lenovo is no different and no stranger.

In 2013 the Horizon series PC was added to its lineup of all-in-ones as a set of tabletop PC’s and while the first Horizon was nicely designed, it was heavy, overpriced and overall it performed poorly.

Lenovo went back and revised the Horizon with version 2 and a smaller 2e. It’s 21.5″ and it’s portable….sort of. G Style got a hold of the Horizon 2e and here’s what we thought. 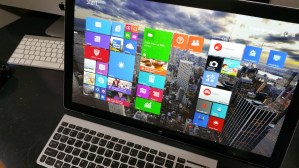 The design of the Horizon 2e is nice and ergonomic. It’s a slim build with clean, smooth lines. Simple. If you sit it on a desk it’s a pleasing machine to look at. It gives wherever it sits a sort of futuristic and modern look. The Horizon 2e does not lack in style. It’s a beauty of a machine.

You’ve got that 21.5″ inch screen with black bezels that are not too intrusive on-screen space, chamfered edges, up top center webcam and very little branding. It all just adds to the overall clean look

Everything on this machine is placed discreetly on the sides and back of the machine. The power and volume buttons are on the right side while the USB, HDMI input and power source port on the back left side of the Horizon which I sometimes found a little inconvenient to get to but I guess you have to sacrifice some convenience for aesthetics.

In the rear middle you have your kickstand so that when you have the Horizon on a flat surface it can stand up with ease. The design also allows different viewing angles as well folding completely up for when you want to move around with the Horizon or use the Aura software. The design is not only pretty but very functional while taking up very little space. 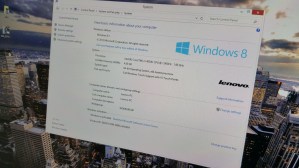 The Horizon that we used was their base model that comes standard with the Intel i3 processor at 1.90 Ghz, Windows 8.1, 4GB of DDR3 RAM, 1TB and 8GB hybrid SATA HDD, NFC capability, Intel 4400 graphics card and a 4 cell battery for portability. It’s pretty basic and generic by today’s standards but it’s fairly inexpensive and you can get it at a price of $749 which is not bad at all.

Overall the machine performs just ok with the available hardware. It’s an entertainment machine. It’s Windows 8.1 and for the most part Windows 8 is great in a touchscreen environment it always has been as far as I’m concerned. If you intend to use this machine as your main machine then it’s a machine that the internal hardware really only allows you to use on a basic level. Internet, email, watching movies and that’s really it. This is a machine to give to your mom/dad, a younger child or maybe even a teenager. The underwhelming hardware really won’t let you use this machine for more powerful software such as a Photoshop or a more than basic video editor. Well, not easily at least. 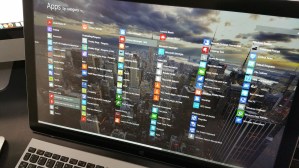 This is the stand out part of this machine. Aside from Windows 8.1 the Horizon 2e also comes with a really nice native software for its tabletop ability called Aura. Aura is the entertainment and media element of the Horizon that makes it a really fun machine to use. It comes with some really great games like Air Hockey, Roulette and Texas Hold Em to name a few. You could easily get lost in playing these games for hours especially if you’re with your friends or family

Portability is also what this machine is about and it’s really easy to carry around for a desktop that is. With this bundled in software it’s definitely something to take with you camping or even to a friend’s house if you wish and get your game on or watch a movie.

The Lenovo Horizon 2e is a computer that’s made for entertainment and family in mind. Having used this machine quite a bit over a period of about a month I know now that this was the intention for Horizon 2e, I could be wrong but this is what I took away from my experience. This is why Lenovo scaled down the hardware because it wasn’t really necessary. The internal hardware is not the selling point for this desktop. Although I expect more from desktops and laptops today considering the technology is so cheap, there’s nothing wrong with making a machine with ok specs as long as it has a purpose which the 2e does. Since the holidays are coming this is actually a great gift for someone who gives you a lot for a little and I would recommend it. Fun for the family