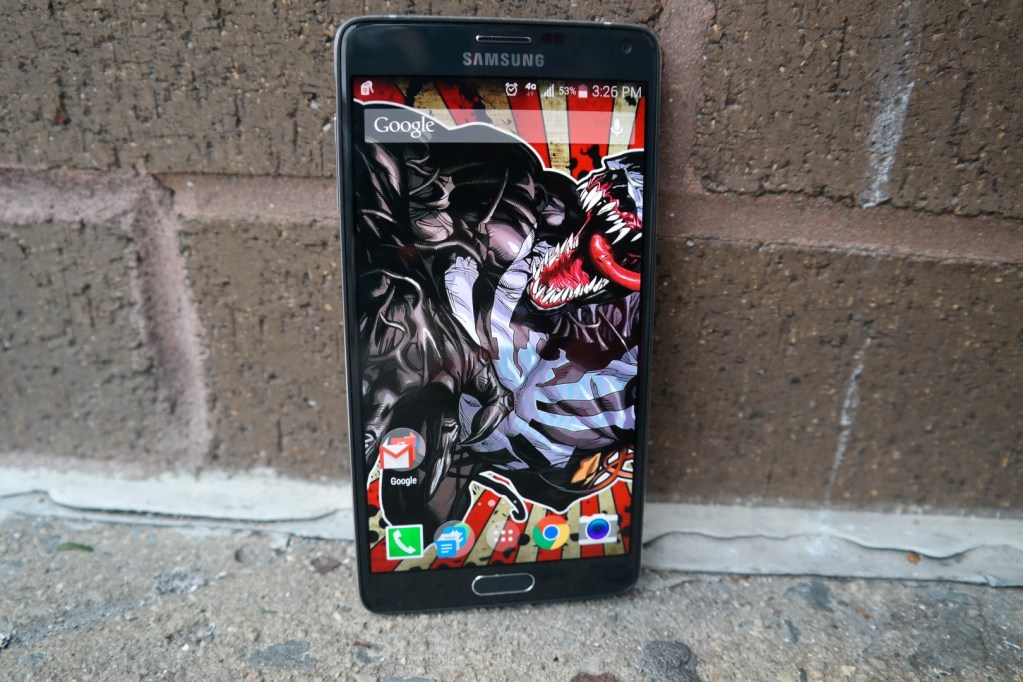 I know I say this every year but the Samsung Galaxy Note line is an interesting one to say the least. What was considered as a niche brand back in 2011 has turned into one of Samsung’s hottest smartphone divisions out there. I will tell people the Galaxy Note line is what you want to wait for to see the latest specs and newest tech coming from Samsung compared to the Galaxy S line. Then again I prefer the bigger sized phablets myself anyway.

With the Galaxy Note 4, Samsung has opted to finally their display to the next level with a higher resolution display, better body, larger megapixel camera, and bigger battery. With all these additions to the Samsung Galaxy Note series it warrants the question of if its worth upgrading from Note 3 to Note 4 or holding out for the next Note in the line. Read on to see how we fare with the Samsung Galaxy Note 4. 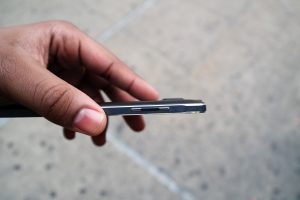 If you are familiar with the recent Samsung Galaxy Alpha, Samsung is deciding or at least venturing towards making their smartphones looking and feeling more “premium”. They have as of late been ridiculed for them feeling plastic and looking cheap with the last few models so they are attempting to change that. Size for Size the Galaxy Note 4 is essentially almost the exact same size as its predecessor the Galaxy Note 3 but you can see where they made changes.

The body of the Samsung Galaxy Note 4 features this metallic trim that wraps around the phone and actually feels nice when in the hand. The power and volume rocker have his metallic look as well and feel good when using them. Headphone jack and IR blaster on top while microUSB port is on the bottom. You will notice that Samsung went back to the clean-looking microUSB 2.0 port rather than the 3.0 model they had on the Note 3. Realistically the USB 3.0 port was good if you did huge transfers but otherwise was pretty hideous looking on the device. The back cover is still removable but feels more premium is well. If you remove it you be surprised how thin and flimsy it is. In all the Galaxy Note 4 feels great in the hand and doesn’t feel cheap whatsoever.

One of the more notable features on the Samsung Galaxy Note 4 is its brilliant and vivid Super AMOLED display. It’s still 5.7″ like the Note 3 but the resolution has jumped up to 1440 x 2560 pixels or if easier to understand 2K or QHD. Colors pop out more, icons look more detailed and this can be attributed to the pixel density being at 515ppi. With Adaptive Display enabled you really notice how bright this screen can get when you’re outside in direct sunlight. The white balance will increase and make it easier to see certain features. Samsung’s Galaxy Note 4 maybe one of the best looking screens on the market of any smartphone.

As I stated earlier the Note series is where you look for the next great things to come from Samsung. It has a Qualcomm Snapdragon 805 chip, Adreno 420 GPU, 3GB RAM, and 32GB internal storage. Best thing about Samsung smartphones you can pull that back cover off and add additional storage with a microUSB up to 128GB and swap out that huge 3,320mAh battery. I love the battery life on this device and whether I played games, checked enormous amounts of email or watched video it kept on chugging and this is using a 2K display. The Samsung Galaxy Note 4 maybe one of the fastest Samsung phones on the market today. The processing power mixed with the amount of RAM helps this smartphone skip over some of the usual hiccups I grew accustomed to on Samsung Galaxy smartphones. The Note 4 does do a lot which is great but I found at times I had to clear out the RAM for stuff to be working good again. It’s not the worst thing in the world but wish it handled a tad better. Nothing has changed too much in this department for Samsung. It still has all the usual TouchWiz gimmicks such as Motion Controls, Gestures, and Finger Scanning. The best are still Multi Window for multitasking and the Power Saving options to get the most out of your battery. The S-Pen still has its usual features like Smart Select, Screen Write, and Image Clip if you want to get the most out of it. All these options are baked into Android 4.4.4 aka KitKat which at this point isn’t the latest software as we now have Google’s Lollipop aka 5.0 out on devices such as the Nexus 6. It should be coming to the Note 4 in a few months so it will be interesting to see how it runs on this device and what’s modified.

One thing with TouchWiz this time is the software doesn’t seem to be as intrusive and forcing you to use it but rather being there as an option. I still think TouchWiz could be fleshed out a bit more to run slightly faster as I still see there are some things still cant handle. Another awhile I switched over to Google Launcher for my homescreen options.

Samsung always makes improvements to their cameras as they know that one thing their consumers love to use on their devices. The Galaxy Note 4 camera has a 16MP shooter with OIS to help with that shaky hand and a 3.7MP front facing camera compared to its old Note 3 model that had 2. Video on the back records in up to 4K resolution and what’s surprising is the front camera actually records in up to 2K which isn’t something you normally see. What’s interesting with the Galaxy Note 4 is that it comes with camera modes like Selective Focus, Panorama and a couple of others but you can actually download more such as my favorite which is Food Mode. I guess Samsung figured if you aren’t going to use some of them they can help save you as much space as possible.

I love the Samsung Galaxy Note 4 camera and how it handles pictures. The quality is superb and crisp and handles detail good. Recording video with it also provides the same effect but I wish it picked up audio slightly better in some instances like a concert I went to. But other than that both options whether it picture taking or video shooting run awesome on the Note 4.

Since the Galaxy S3, Samsung has made sure their flagship smartphones are available on all four major carriers in the U.S. I was able to check out the T-Mobile and AT&T versions and they are practically identical besides a couple of things. Casing on the back on T-Mobile just brands Samsung, while the AT&T version  has their logo. Also T-Mobile is the only version to have the Download Booster feature available on their device. There are ways to get it on other carrier versions but you have to jump through hoops and it still may not work good. Also the carrier software is crazy on AT&T with over 15+ while T-Mobile had 5. Sure you can disable them but still though jeez.

Coverage wise with AT&T and T-Mobile I was able to make calls fine and data was aplenty. Some areas varied in parts of Queens,NY where I’d get higher than the other. One area for instance I got about 30mbps/DL on T-Mobile and about 5mbps/DL on AT&T. But then another area the numbers flipped. Some spots they were on decent level playing field. Just remember T-Mobile also has unlimited data if you get their Simple Choice Plan if you are a data eater. 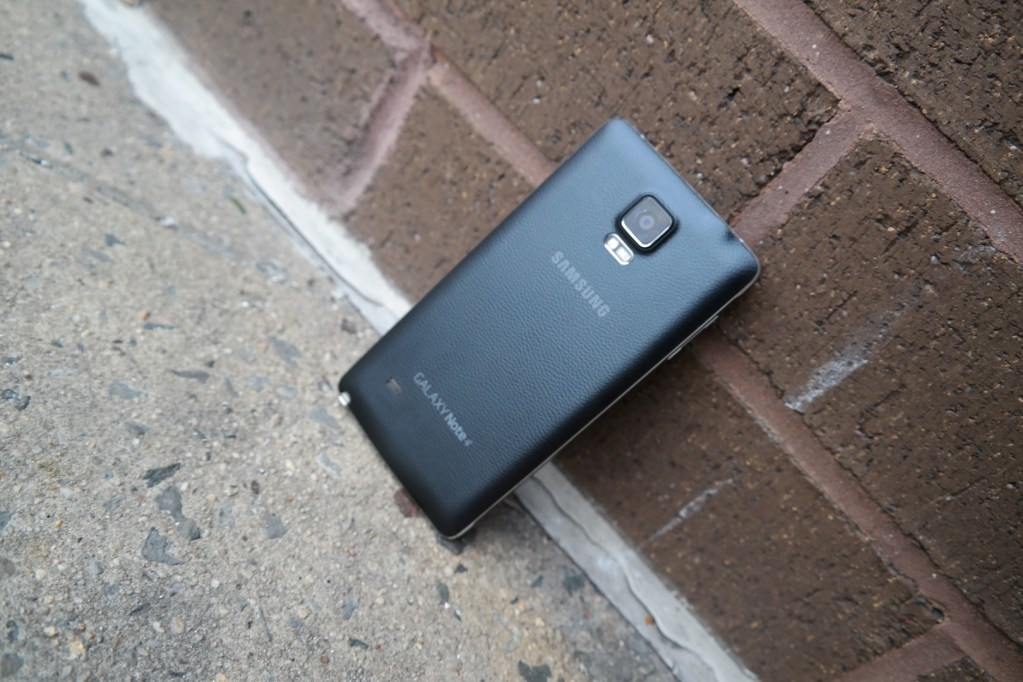 The Note series gets better with age and it definitely shows with the Samsung Galaxy Note 4. Its one of the best designed Samsung smartphones on the market body wise and the hardware its running is top notch. The battery life is impressive, its display is gorgeous and the look and feel of the phone screams premium.  Even though it has some hiccups here and there, the Samsung Galaxy Note 4 may be one of the best Android smartphones on the market today.