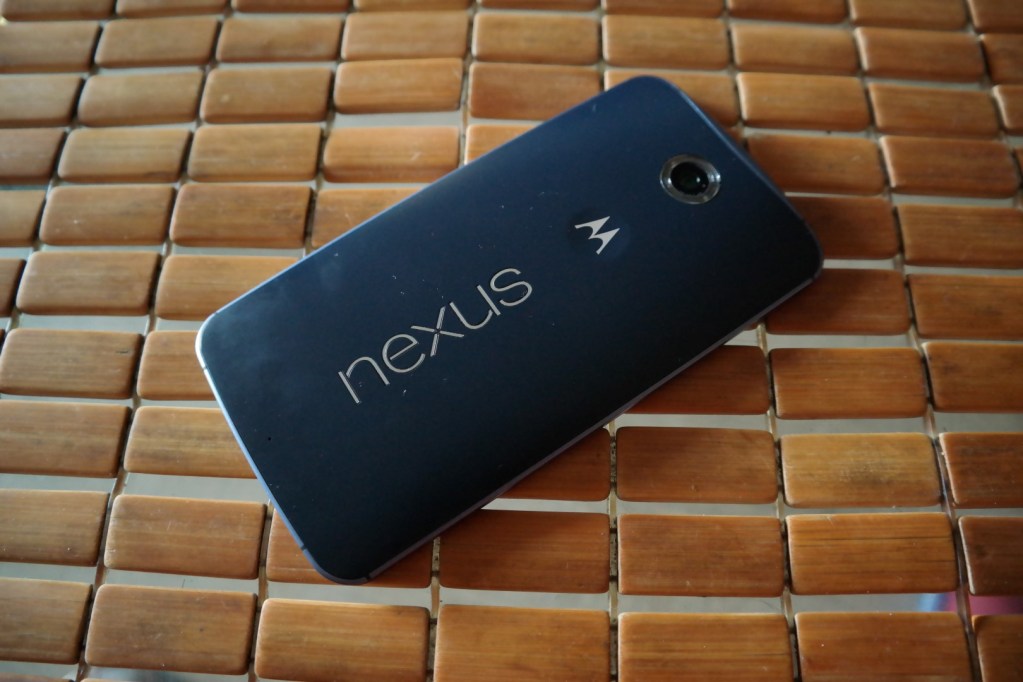 An Android smartphone product consumers could always look to get the best experience of Google’s OS is that of the Nexus division. If you grabbed a Nexus phone you were rest assured to get the latest updates for their Android platform before any of the other smartphones manufacturers dabbled with it and it would be in its purest form. Besides that every year since 2010 Google would work with one of the more popular phone makers and create its next dream phone. Last year it was with LG which would good most complained about the horrendous battery life and its subpar camera which slightly got better with updates. Next up is the Nexus 6 in which Google collaborated with Motorola. Have they fixed the woes of its predecessor and made it the ultimate Android smartphone on the market? 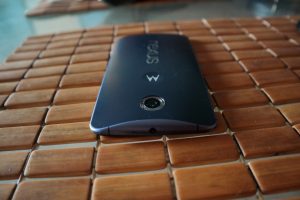 Taking the Nexus 6 out the box at first glance be surprised at how big this phone is. Especially comparing it to the Nexus 5 before it. Once you get pass that though first thing on to notice on its huge frame is its 5.96” QHD AMOLED display with 493ppi. Also on the front is dual speakers at the top and bottom. Holding it in your hand the Nexus 6 has a smooth soft plastic feel on the back and back there is well is the Nexus logo as well as the Motorola emblem. On top is a headphone jack and nanoSIM card slot while on the bottom is the usual microUSB charging/sync port. If you rub your fingers on the right side of the device you will notice power and volume rocker. Realistically when you look at it the Nexus 6 is an oversized Moto X 2014 model with slight revisions to the body. It doesn’t feel cheap by any means though and Google has crafted a well-built smartphone with the Nexus 6.

An area Google didn’t waste any money either to give you the best running smartphone around is in the specs area. The Nexus 6 is running on a Qualcomm Snapdragon 805 processor, 3GB RAM, Adreno 420 GPU, and has internal memory capacities of 32GB and 64GB. How I would like to see expandable memory but we know that’s something Google is trying to stray away from. As I’m reviewing the 32GB version, onboard usable memory was around 26GB.
Battery wise it is using 3220mAh which is much larger than the Nexus 5 battery but with the QHD display I would of liked to see it larger or used more sufficiently. If using the Nexus 6 constantly I was getting maybe 5-6 hours of battery life which isn’t bad but I would have expected slightly more. Moderate use I was getting probably half the day or alittle more. Thankfully it does come with Motorola’s Turbo Charger which helped bring the battery back full in about a little over an hour of charging which is something I definitely appreciated. The battery isn’t as night and day as the Nexus 5 but hopefully future updates will help it out a bit.
The dual front speakers on the Nexus 6 sound great whether you are jamming to some of your favorite tracks on Google Play Music or watch your favorite movies and shows on Netflix. I’m patiently waiting for updates to YouTube to support the QHD display on this device like it does on the LG G3. 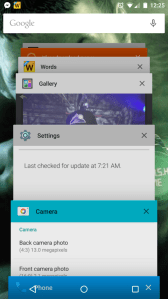 If one of the reasons you grab a Nexus 6 then it would have to be for Android’s Lollipop 5.0. Material Design is all over this and you can see it in the notifications, the icons and the revised applications. It kind of looks like Google Now’s card shuffling but has been spread all over the OS. Most of its core apps such as Maps, Gmail, Drive and Calendar have gotten needed facelifts and they are welcome and make the apps more intuitive.

A big change in Lollipop is notifications. The pull down menu has a card like style to it and doesn’t really interfere with any running apps as they previously did. It’s still swipe to the left or right to clear out and there is a button at the bottom to clear everything away. Also associated with notifications is a new feature which is Ambient Display. When your phone is resting it will slowly pop up notifications and when you pick up the phone it will turn on. With these features there isn’t any real need for the power button. It would have been nice to see Tap to Wake as an option as I have a habit of screen tapping with the HTC One M8 and LG G3 making that readily available. If you don’t want notifications always showing up on your screen there is options to mute them for an hour or whatever amount of time you like and even set it for only things will show such as Events or Reminders.

While most apps I used gave me no problem there were some that did cause some issues. They would either just crash on me, look awkward or they wouldn’t run at all. For instance MX Player wouldn’t load up while VLC worked, Angry Birds Transformers wouldn’t work with a data connection and even then the game was glitchy and Showbox wouldn’t connect to their servers. Checking with my colleague that covered the Nexus 9 he had similar issues. Testing it on a KitKat Android smartphone had them working just fine. Seeing as this OS is pretty new to developers I figured I give this a look back once the Nexus 6 gets in the hands of these app makers and they can do some fine tuning.

*As I was posting this review Google has been sending out a new OTA for the Nexus 6 which is Build LRX21O. I haven’t gotten it yet but will let you guys know if I see any improvements.

Where the Nexus 5 had an 8MP shooter with OIS, Google has upgraded the Nexus 6 with a 13MP sensor with OIS, dual LED flash and the ability to shoot 4K videos at 30fps. Also on the front is a 2MP camera for selfies as the cool kids are calling it now or video chatting. The Nexus 6 actually took nice shots when giving the correct lighting which is good but I could also say that about the Nexus 5 camera after some software updates. The Nexus 6 camera is usable though but seeing is its using the Google Camera app there isn’t many bells and whistles as far as enhancements like you see from HTC or Samsung. Also felt the camera could be slightly faster especially HDR mode. There are a mix of pictures you can take a gander at below.

Its video mode was actually better to me than expected. Quality on its UHD videos is good and checking out a Deadmau5 concert last night actually it picked up the audio much better than the video I recorded on the Samsung Galaxy Note 4. I thought I had it set in UHD but only recorded in 1080p but still good though. I was pretty impressed by that and you can watch the various videos below and see what you think.

Google made sure to go all out and get the Nexus 6 on all four major carriers here in the United States. You have options of getting this from Google or Motorola at $649 in blue or white for 32GB or 64GB for $699. If you go through the carriers such as AT&T, T-Mobile, Verizon, or Sprint they each have different release dates when they will have the handset available.

With the model I received I used it mainly on my actual carrier T-Mobile and had no issues with calls which were clear and got my usual fast LTE speeds while downloading. Testing with AT&T provided the same results and surprisingly the same with Verizon (which you can read more here). And it was easy as popping the nanoSIM out and putting in a new one and this was with the phone still on. Only one that didn’t work for me was Sprint out the box. It’s great to see a device support multiple carriers and without having to go through the hoopla of hoping this works and that works or having to trade your trusty phone in for a new one.

If you love Android at its purest form then it’s hard not to love the Nexus 6. Lollipop 5.0 is a marvel of an OS and I feel once developers really play with it heavily they will make some wonderful things come out of it. The Nexus 6 is a big phone or rather phablet and its size may not be for everyone. It can be a bit hard to grasp depending on your size of hands but I have grown accustomed to it over time. The Nexus 6 has everything you want from dual front speakers, QHD display, huge battery with quick charging technology and Android Lollipop. While it battery could be better hopefully it improves over time. And best of all it works on most of the carriers right out the box which is hard to say about a lot of other smartphones on the market.

If you can get your hands on the Nexus 6 and at least play with it you might not go back to anything else.