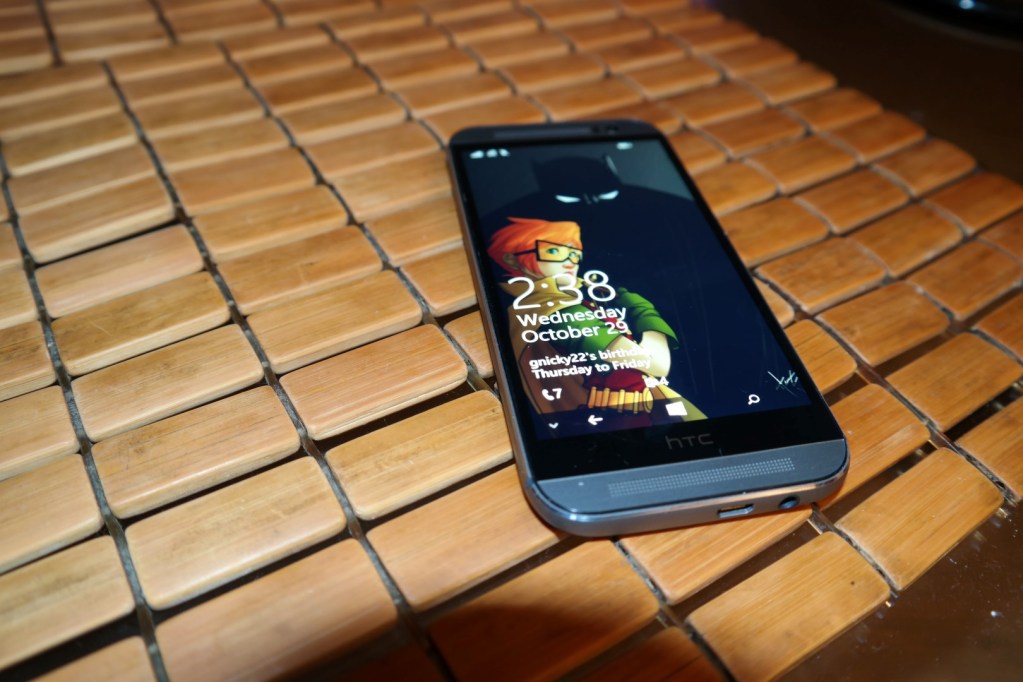 Its been awhile since HTC has been in the Windows Phone game, actually almost two years next month with their last smartphone the Windows Phone 8X. Since then HTC has gone on to focus strictly on Android phones and work on their “One” line of devices. Seeing the One line being successful HTC has decided to take its latest flagship the HTC One M8 which is android based and available on all four major carriers and put a Windows spin on it.

With HTC’s One M8 already up there on taking the crown on having one of the best built phones for Android or rather period(yeah coming at you iPhones), is it possible HTC can add a title to their resume of being the best looking Windows Phone device as well? 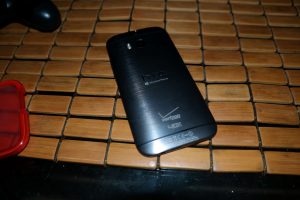 This being the 3rd HTC One M8 model I have reviewed the design hasn’t differed at all. On the back is the 4MP UltraPixel Duo Camera where you see that fantastic metallic body that covers the phone and also has HTC etching alongside branding for Windows Phone and Verizon usual tags. You have the terrific sounding BoomSpeakers on the front with the 5MP camera, volume rocker and microSD card slot on the right and nanoSIM slot on the left. IR Blaster with embedded power button on top and headphone jack and microUSB port on the bottom. The screen on the HTC One M8 for Windows is a IPS LCD 5″ display with 441ppi and looks vibrant while using the Windows Phone interface.

Thanks to the strength of the HTC One M8 model, its specs make it one of the stronger Windows Phones out there. It has a Qualcomm Snapdragon 801 processor, 2GB RAM, and 32GB (with microSD expandable memory up to 128GB) of internal storage. Not saying Windows Phones haven’t been a breeze anyway navigating through them but the hardware adds a bit of speed and responsiveness when using the M8 for Windows. When comparing it to the Nokia Lumia Icon I noticed a millisecond of quickness but this was mostly using Cortana when I did them side to side at the same time.

Since the M8 is one of the latest Windows Phone 8 smartphones available, thankfully it been updated to 8.1 All the WP8.1 goodies are here such as the new keyboard, Start screen customization, Cortana, and some new camera options such as Burst mode.

All the additions work perfectly fine including Folder options you can do right on the  Start menu on the HTC One M8 for Windows. There are two camera options available on the M8 which is the usual windows phone camera or the extra controls with the HTC Camera. HTC made sure to bring some of its other apps such as BlinkFeed, Photo Edit, and Sense TV.

Unfortunately with a new windows phone in the arena you are still getting the same old apps that are never updated such as YouTube or even Instagram. You end up having to resort to different 3rd party versions which are pretty horrid and once in a blue you will find a gem. 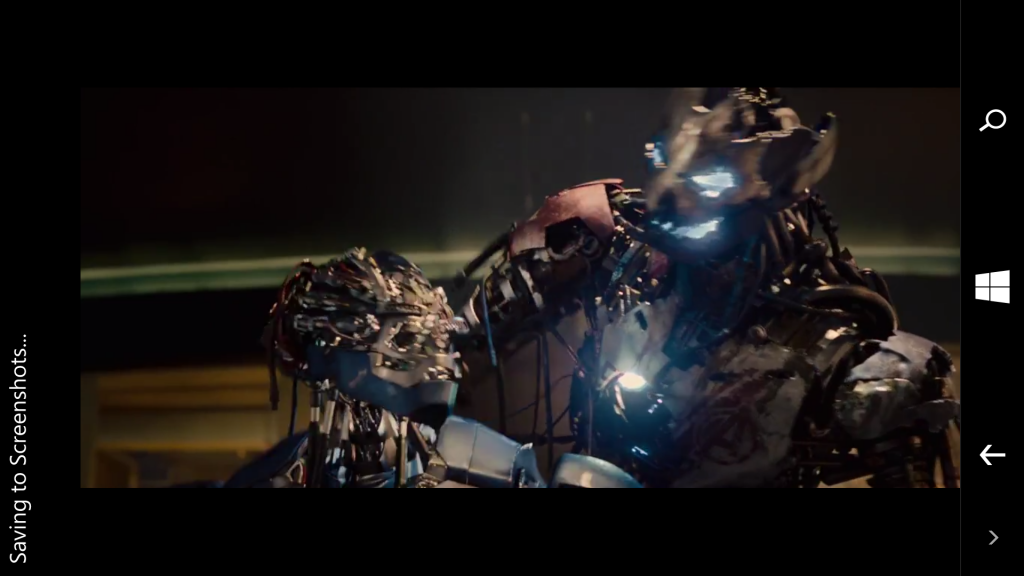 Going back to the apps there are some good ones to check out such as 6tag and countless others from the same app developer. Transparency Tiles is good if you have some choice tiles to make clear and YouTube HD is a decent alternative when not using old native app.

One of the best features over the Nokia Lumia phones is that the HTC One M8 for Windows has dual speakers aka BoomSound. Making any media whether on Netflix, YouTube or any other outlets more enjoyable. I compared it to the Nokia Lumia Icon as far as sound and there was no comparison.

One thing I wish changed coming to the Windows OS but sadly didnt was HTC’s Ultrapixel camera which is essentially 4MP. Sure some love it and it’s not bad but it just doesn’t compare to the Lumia’s camera which are 20MP+ such as the Nokia Lumia Icon. The Ultrapixel camera is great at taking low light shots and pictures don’t look bad but they just are as sharp as they could be and if you wanted to use these on other outlets besides say social media outlets good luck on enjoying the quality. Front camera is 5MP and great for self-portrait or as they call them now “seflies”.

The camera also shoots in 1080p with additional options of Fast HD and Slow Mo. Surprisingly recording video in HDR is absent but was available on its android counterpart. Also moved around is the Duo Camera options which on the Android version were options within the camera now are in their own section called “HTC Photo Edit”. 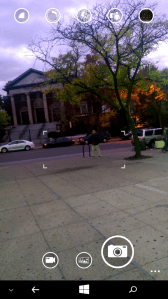 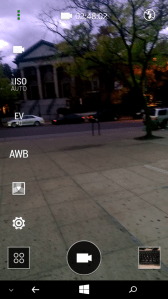 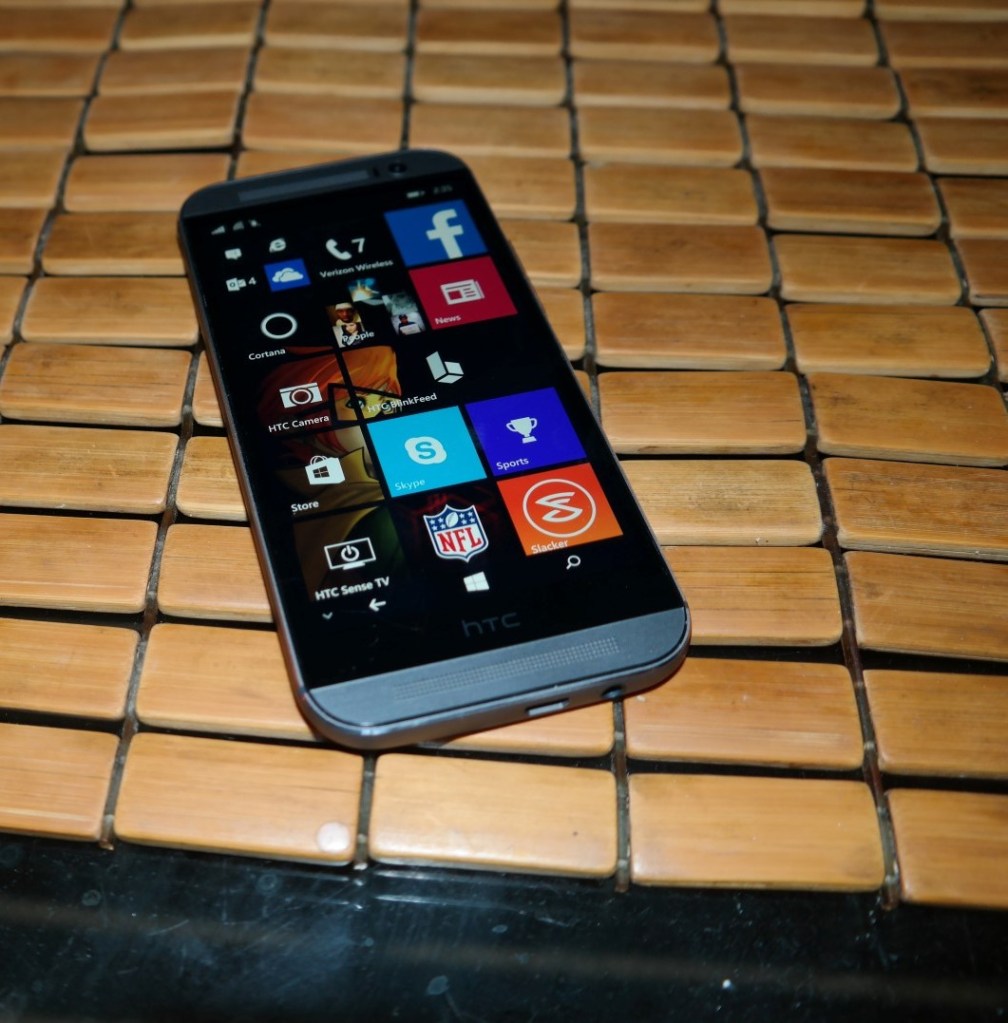 The Windows Phone 8 experience doesn’t differ too much on the HTC One M8 for Windows compared to its Nokia Lumia counterparts that much. HTC is giving you a premium design and also quality sound if you like to watch or listen to media on your smartphone. Only thing I can see stopping you from not picking up this device over the Lumia devices is the camera. Camera’s in the Lumia Icon, 1520 and others are just better. If you are coming from HTC on android and are trying to make the transition over this phone maybe your best bet.

Check Here If you want to see the battle of the HTC One M8 for Windows vs. the Nokia Lumia Icon