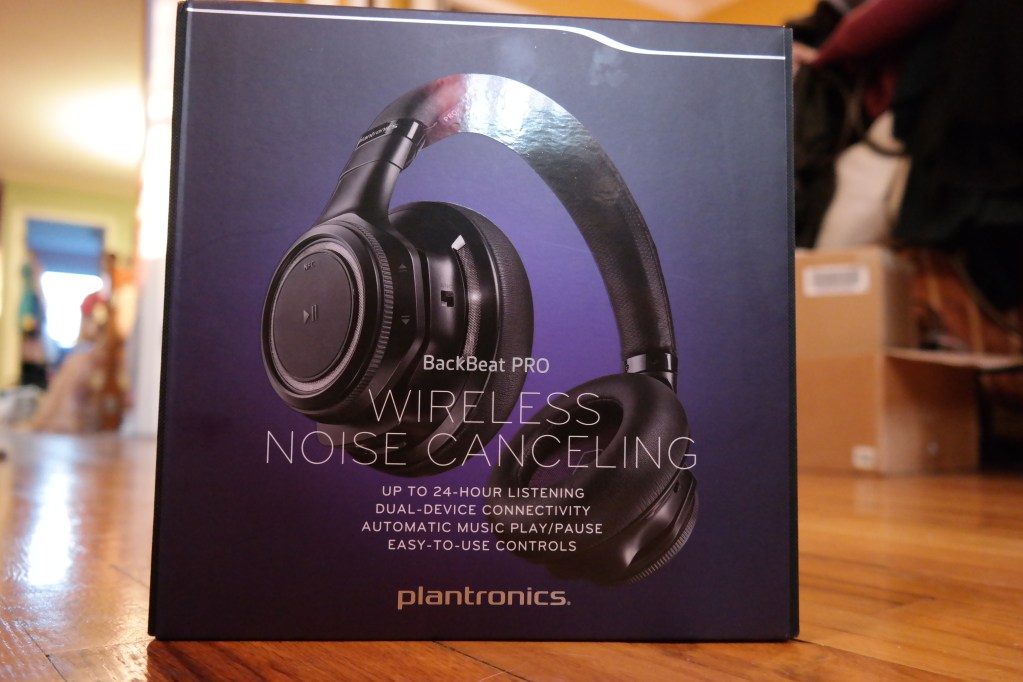 Not too long ago I reviewed the Plantronics BackBeat FIT and this actually became my primary pair of ear-buds during the summer. I was quite pleased with the product despite a few gripes here and there. Recently Plantronics while in New York had me stop by for a visit to check out their latest product, the BackBeat PRO. Before the BackBeat FIT, I really didn’t pay attention to them. I’ve always known the brand more for their headphones you use in the office. The kind where it has a headband and one ear cup on one side, and on the other a mic boom. I really didn’t know they did gaming headsets and had a consumer line as well. I enjoyed the FIT, but how would the PRO fare. 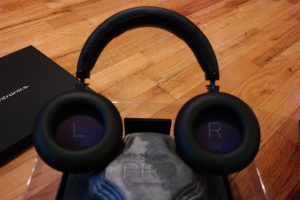 The Plantronics BackBeat PRO honestly on the looks department leave something to be desired. Unlike the BackBeat FIT which gives you a choice of a nice electric blue or neon green, the PROs comes in just black. Now fashion wise you can’t go wrong with black, I do wish they did have some more color options. The BackBeat PRO does have a couple of design accents that I like. On the inside of the ear cups, you’ll find dark purple material. This is also repeated on the inside of the carrying case. So black on the outside and purple on the inside. Again beyond the purple, this is pretty much a black affair.

As far as the device itself, we have a few metal accents around the black. They look like vents by the play/pause and phone buttons. Also on the back of the ear cups by the outer ring. I’m not going to lie these headphones don’t stand out of have any real distinctive marking that says what you’re using. So if you want to be low-key these would definitely be for you. 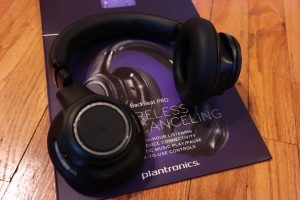 Let’s get into features first, as these are a few I think are really cool on the BackBeat PRO. First is my favorite and isn’t a technical feature per say. I like the ability to turn the ear cups flat. It feel so much better to lay flat on your neck vs the ear cups going into your neck. Especially on a hot day, I don’t need the ear cups heating up my neck as I move around. Next favorite would be the sensor the headphones have, it knows when it isn’t on your ears. When this is detected it pauses the music where you left. Upon placing the headphones back on your head, it resumes the music from this same point. What is also cool is, if you happened to be playing the music very loud; when it resume it won’t resume at that same volume but instead start low and gradually turn it back up. As nothing could be more annoying than putting your headphones back on and having it blast you when the music starts. I like that Plantronics thought of this and made it resume this way. Beyond these features, the design is cool for how you interact with the music. IF you want to skip to the next or back to a previous song, there is a dial you turn for this. The same is with the volume where you turn a dial-up or down for higher or lower volume. I like the feel of actually turning dials. No swiping, no tricky voice command; just old school knob turning. There is also noise cancelling and this Open Mic feature that lets you still hear the world around you when you want to.

Now the sound. The sound is definitely good and with the noise cancelling you can focus on just the music. Bass is good which is the first thing I’m always anal about, but the mids and highs are clear as well. I do wish the volume could be just a bit louder. At the highest setting, even with noise cancellation, on a busy New York Subway the outside noise can bleed in. Without being able to turn it up just a bit more made for some disturbed listening at times. This wasn’t a frequent issue, but still an issue none the less. I have several pairs of Bluetooth headphones, but still after the review ended for me, I find myself still using the BackBeat PRO. The sound definitely plays a part in that! 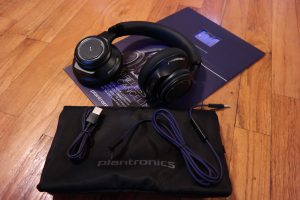 My experience with the Plantronics BackBeat PRO was very positive. So much so that I’m still wearing on a daily basis though my review period with them is over. There are a few minor things I wish were different, but overall this is a solid pair of Bluetooth headphones with an impressive amount of battery life. When I met with the team at Plantronics, one gentleman told me he got 3 weeks of use of them. I thought I got to see this. Sure enough I got a little over 3 weeks with the BackBeat PROs. This added to the experience as I didn’t have to worry about charging the headphones for a quite a little.

The BackBeat PROs where also quite comfortable as I found myself at times wearing them for very long extended periods of times. There was no discomfort when listening, and none when resting the headphones on my neck due to the turning of the ear cups flat. I enjoyed the sensor that paused the music when the headphones wasn’t on my ear. No button pressing was needed. I just took them off and then place them back on when I wanted to resume listening. The BackBeat PRO is a solid pair for music listeners.

The Plantronics BackBeat PRO will set you back $249.99 but this is decent for headphones of this type. You’d come out with less money spent with the Sol Republic’s Tracks Air at $199.99 and then at the other end could end up spending $379.95 for a pair of Beats by Dre Studio Wireless. The Plantronics BackBeat PRO fits right in the middle of those price points, and has quite a few very cool features for the money. You’d be wise to check them out!