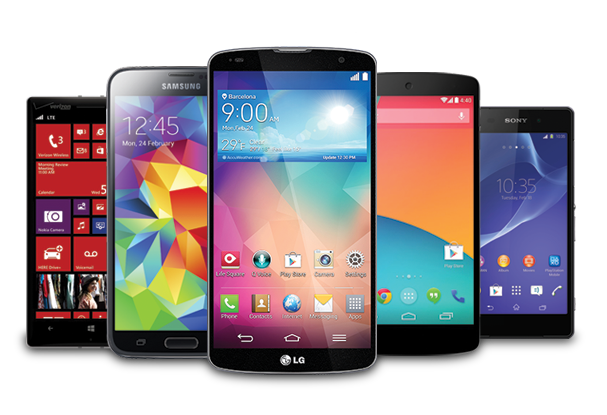 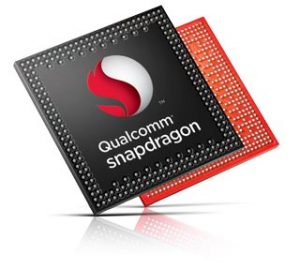 Qualcomm is a brand I love as they been around for such a long time and have always looked for ways to innovate their product. You may or may not be surprised as they have chips in just about some of the most popular tablets and smartphones on the market today.

Do you see any of your favorites on the list?

Improving on the Best Smartphone of 2013, the HTC One M8 keeps a similar look still housing the patented BoomSound speakers and has now added an additional back camera lens called Duo Camera for depth when snapping pictures.  The HTC One M8 has a 5” 1080p IPS LCD display with a Qualcomm Snapdragon 801 chip. If you want slightly better sound you can grab the Harman Kardon Edition exclusively on Sprint. The HTC One M8 is one of the sexiest phones on the market with its aluminum unibody. 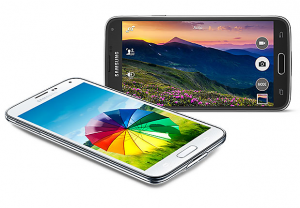 If it isn’t broke don’t fix it has been the motto for Samsung and they keep that in effect with the S5 line. The newest model does have a vivid 5.1” 1080p Super AMOLED display, 16MP camera, Qualcomm Snapdragon 801 chip and is graded IP67 to make it water / dust resistance. So accidentally drop it in the sink, toilet or a sandbox and its smooth sailing. Best yet back is removable for battery and memory card swapping. If you want more of a rugged look then you can grab the AT&T exclusive S5 Active version that has an “Active” key on the side for launching the camera and Activity Zone.

The Lumia Icon has everything you could want in a Windows Phone. There is a 5” Clear Black AMOLED display, 32GB Storage, 2GB RAM, and a Qualcomm Snapdragon 800 chip. Currently it runs Windows Phone 8.0 but is in line to get 8.1 if you can add it yourself which you can read here.  Besides that the 20MP PureView ZEISS 6 Lens makes for some sweet shots but then again this expected from Nokia Lumia high-end smartphones. While Windows Phones don’t have all the apps in the world, they run more than sufficient and are a great alternative if you are tired of Android or iOS.

A lead-in to my favorite smartphone of 2013 the LG G2 is its successor the G3. With such a break taking camera last year, LG has upped the ante by adding Laser OIS to make picture-taking more precise even with objects on its 13MP shooter. If you need more the LG G3 has a 5.5” 2K IPS LCD display for some of the best image viewing on the market, a Qualcomm Snapdragon 801 chip, 3GB RAM, 3,000 mAh battery, and 32GB internal storage.  New to the game is the ability to swap the battery and add up to a 128GB microSD card to maximize your storage. 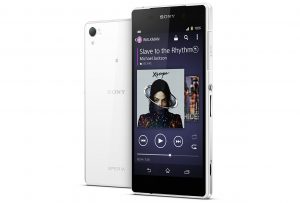 The smartphone that seems to have started the waterproof trend would be from the Sony Xperia Z series. With the latest Z2, you still get that a one-piece aluminum frame design and the Z2 is lighter and thinner than ever. The 5.2” IPS display looks more vibrant with its Live Color LED and its other specs are crowd pleasing too. To keep it running under the hood is a Qualcomm Snapdragon 801 chip and 3GB RAM. Snapping shots with the Z2 is capable by using the 20.7MP camera with 4K video recording options. 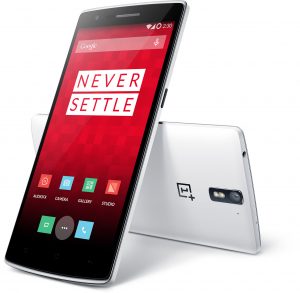 The hardest out of the bunch to obtain right now is the OnePlus One.  Only way to grab one is if you are lucky to receive an invite which could be from OnePlus themselves or maybe you have a friend that has received some extras. The OnePlus One has such beefy specs at a very affordable price. It has a Qualcomm Snapdragon 801 chip, 3GB RAM, 13MP camera, and 64GB (32GB isn’t available yet). Better yet it has a 5.5” IPS LCD display with 401ppi and its bezels are razor-thin. They didn’t pull punches in the design department and its OS is a custom version of CyanogenMod 11S. For the price and huge stats it’s definitely an Android geek’s dreams.

And to think there are smartphones that weren’t even listed here and more coming in the future. Just to show Qualcomm continues to push the boundaries of the mobile game and makes you eager to see what’s coming up. 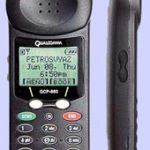 Fun Fact: Did you know that Qualcomm used to actually have phones branded with their logos back in the day such as the QCP 860. I had one back in 1999 and thought it was the best thing on the market at the time. It was different from what was out at the time which I believe was dominated by the hideous RAZR flip phones. Man how time flies and things change.