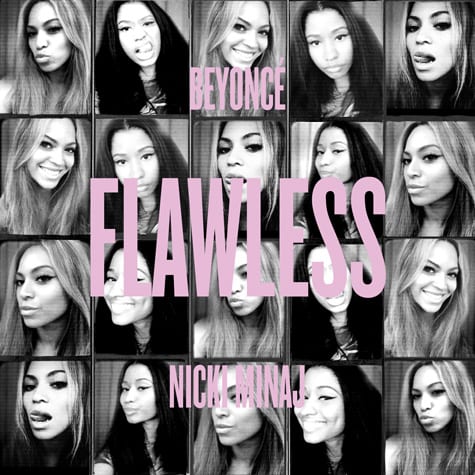 Beyonce loves to drop music on her fans out the blue preferably last at night like she did her self titled album “Beyoncé” mid December. Flawless has been one of her more popular tracks off the album with memes and phrases such as “I woke up like this” and “Flawless” all over social media.

Beyonce does mention the now infamous elevator with her husband Jay Z and her sister Solange while she stood in the corner watching the action break down.

“We escalate, up in this bitch like elevators, of course sometimes sh*t go down when there’s billion dollars on an elevator”

Fans have been dying to hear a Beyonce / Nicki Minaj collabo and we get one on this track. Onika (as Bey introduces her) spits out a pretty gritty verse. Hope to see some more with them together in the future.

We also get a sample of “SpottieOttieDopaliscious” from Outkast’s 1998 “Aquemini” album.

Think the combo of Bey/Nicki ripped it?