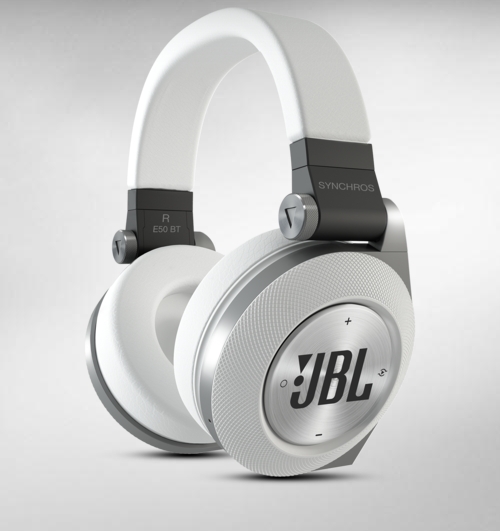 I’ve had some experience with wireless headphones before, but mainly for console and PC gaming. I’ve never used a wireless headphone for mobile use before and wouldn’t use any of my gaming headphones for mobile use because of their size and the fact that most have a huge microphone attached to them. Also most gaming headphones look kind of “geeky” and wouldn’t what I call fashionable. For mobile use, I would much rather have headphones that not only function and sound well, but also look really stylish and sleek. I also wanted to find something that no one else really had, so Beats by Dre was out of the question. Instead, I looked towards JBL, a company I knew that made tons of really good audio speakers and equipment and found their latest entry in the wireless headphone arena, the new Synchros E50BT. 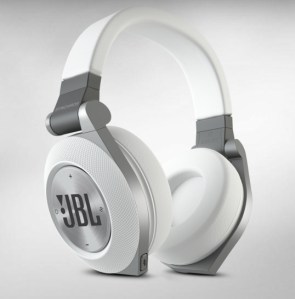 When it comes to personal style preference in terms of what I was looking for in a wireless headphone, I wanted something that was not too flashy, modern looking, and featured premium materials so that it didn’t just look like a hunk of plastic. The JBL Synchros E50BT seemed to hit all the right marks. It has almost a minimalistic design with clean lines, materials such as leatherette and aluminum, Bluetooth connectivity, and an estimated 18 hours of usage between charges. That’s enough to make it through most international flights on a single charge.

What really caught my attention though with the JBL Synchros E50BT isn’t so much the specs, but the way the headphones look. The ones I received are in white and they look absolutely gorgeous. Most of the Synchros E50BT is covered in white plastic or leatherette but is accented by touches of dark gray and aluminum. The color combo gives the whole thing an elegant, classic look that will go with whatever outfit you are wearing. I chose to go with a less flashy setup with  the colors though if you want, there are 4 other colors combos you can choose from.

The entire top band of the Synchros E50BT is covered in premium leatherette. It’s soft and supple and generously padded. This adds to comfort which is a big deal if you plan on wearing these for long periods of time, as you would if you are traveling on a plane. The stitching in the band also looks pretty good and doesn’t look like it would unravel any time soon. 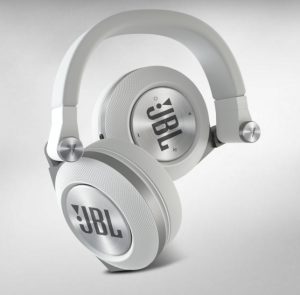 Moving down a bit, we see the area where the headphones can be adjusted. The adjustment portion is hidden inside a minimally designed chunk of plastic with the word Synchros etched into the side. All you do is pull it down to adjust the sizing. There is no clicking mechanism and it seems like they are just held in position by tension. You can adjust each side about an inch or so. I had to pull both sides out all the way in order to fit my head.

There is also an ingenious hinge mechanism on the Synchros E50BT. It allows for multiple ear cup position adjustments which again really helps in the comfort department. The hinge itself is made from aluminum and is one of the standout design elements when viewed from the front. The center of the hinge circle even has a triangle cut out in it which I assume is because it is a prominent part of the JBL logo. It does look very nice and is a very cool design element.

JBL continues the aluminum look down into the ear cups where it borders around each cup. The cups themselves are also made of plush leatherette  and feel very soft and comfortable around your ears. While many wireless headphones I’ve seen lately feature on-ear designs, the Synchros E50BT features an around-ear design that allows for much better passive noise cancellation. It seals your ear from the outside world so that you can enjoy more of your music and less of the ambient noises that can leak into your ears. 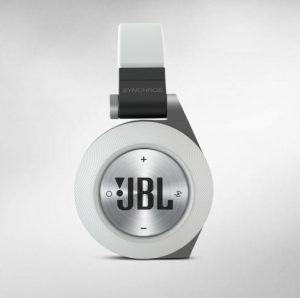 On the outside portion of the ear cups, we find that JBL went with a textured plastic surround that looks very good and has a center portion made of brushed aluminum. Both sides feature a prominent JBL logo while the left side also features integrated playback and volume controls. You just tap the center disk in a certain direction to control volume, play/pause, and the ShareMe feature. There are actually no real buttons except for the Bluetooth button which also functions as the on/off button.

Overall, the JBL Synchros E50BT is one beautiful set of cans. I love the way they look on and off your head which actually brings me to this. There are headphones that you put on your head and they look gigantic because of how much the band sticks out on the sides. This is the problem I find with most gaming headphones. On the Synchros E50BT, they made it in such a way where it actually contours to your head and doesn’t stick out like crazy.

One of the main reasons you would pick up the JBL Synchros E50BT is because they are wireless. They can be paired with your mobile devices via a Bluetooth connection and can be paired to multiple devices. It is very easy to set up and allows pairing of devices without the need to enter a pass code.

There is also JBL’s exclusive ShareMe feature, though I was not able to try this out as you need a second headset for this, either another E50BT or the E40BT.

For the purpose of this review, I used an iPhone 5 and a Note 3 for testing purposes. On both devices, the E50BT worked flawlessly. Music and sounds came in very loud and clear and the remote function on the ear cups work equally well. I was able to control volume perfectly as well as play and pause music. If you want to skip forward or backwards on your playlist, just double tap the play button to go forward and triple tap to go backwards. I didn’t figure this out until later after using some other JBL products. 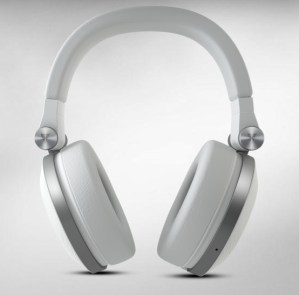 Sound wise, the JBL Synchros E50BT sound very, very good. That’s not surprising considering these use dual 50mm drivers. I tried them out with all types of music genre from pop, rap, hip hop, and even a little bit of country. Everything I threw at it sounded perfectly balanced and incredible sounding. The highs are very crisp and clear while the bass has a very punchy sound which I guess is a feature of the Pure Bass Performance engine.

I also tried using the Synchros E50BT on a PS Vita. I wanted to see if it would be compatible with this device even though it was not specified as a compatible device. To my dismay, it did not work. The PS Vita does see it when it is scanning for devices and it does pair with it, but it does not recognize the E50BT as an audio device. There was a point where it did seem to work for about 10 minutes, but then it stopped and I have not been able to get it to work again after that. So if you’re thinking about using this for a PS Vita wirelessly, I would currently advise against it as it is not officially supported and will probably not work for it. It does however work in passive mode with the cable attached.

One feature that is included that I don’t really make much use of with any headset I have is that you can pick up phone calls with it. It has a built in microphone that features JBL echo-cancellation technology. I tried it on a couple of calls and they do come in clear. According to those on the other end, I don’t sound too bad either. Picking up a call is as easy as tapping the play/pause button.

After using the JBL Synchros E50BT, I can now say that these are my new favorite pair of travel headphones. They look great, they sound great, and they last a long time between charges. I like the fact that they are around-ear headphones for passive noise cancellation and provide much better comfort. That’s good news for travelers who want something that will drown out the noise of those around them or the sound of engine hum while still being able to lose themselves in their music. the Synchros E50BT work very well wirelessly but if you happen to run out of charge, they will work without the need for battery power if you connect the included audio cable to it. This also allows you to use the E50BT on devices that don’t support it, like the PS Vita but the music controls however will not work in this setup. This however does not diminish my love of these headphones.

One thing that I forgot to make mention of is that when you have these headphones on, there is very little audio leakage. I had these cranked pretty high up during my testing and my wife half the time did not even know I had them on because she could not hear the music coming out of them. I know this is a problem some have with other headphones so I’m happy to report that these do not leak sound at all.

The JBL Synchros E50BT will be available in 5 different color combinations when they are released later this year. 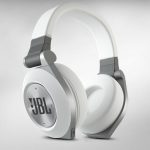 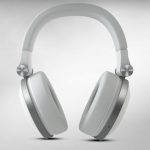 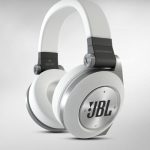 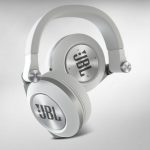 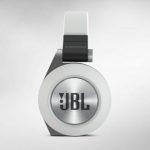 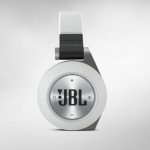