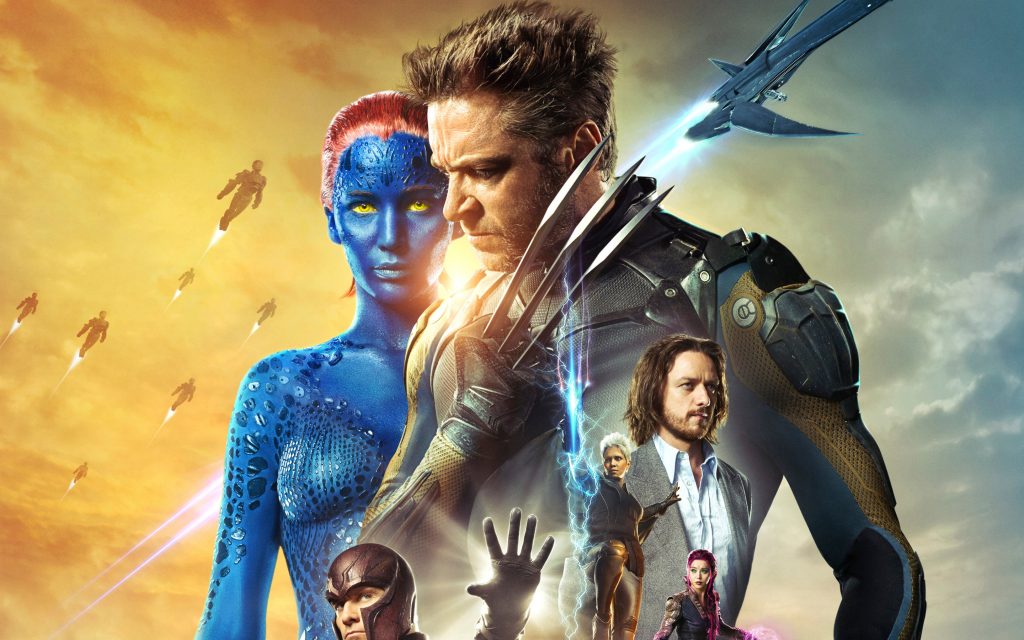 Summer is coming and along with the great weather we can always expect some great blockbuster movies. The Amazing Spider Man 2 was released on May 2nd and that set off the beginning of the blockbuster lineup. I’ve compiled a list below of the movies expected with their accompanying trailers so don’t miss out on these great movies this May and June

Gojira is back. After the release of the 1998 version of Godzilla which was heavily criticized (rightfully so) we thought at that point that was pretty much the end of the Sci-Fi giant monster destroys the city action flick. Not until Pacific Rim did we a get taste of this genre again and thankfully it inspired Gareth Edwards to direct what looks like a very good interpretation of Godzilla as I remember it as a kid. Scary. Godzilla is in theaters on May 16th

X-Men: Days of Future Past

Director Bryan Singer did a great job with X-Men: First Class and he’s back again with a second installment X-Men: Days of Future Past. Although this not the second film Bryan Singer has done as it pertains to the X-Men series it is the second of the throwback origin style X-Men movie. This one is about survival of the mutants as they are being hunted by the US Government and it takes for the X-Men of the present to go back to the past to right the wrongs before it leads to their extinction. X-Men: Days of Future Past hits theaters on May 23rd

It’s  been a couple of years since we last saw the Autobots and Decepticons fighting over either the All Spark, the Fallen or the Dark Side of the Moon and this June, Michael Bay is back with a new installment of the Transformers‘ series Age of Extinction. This looks to be the best one based on the trailer thus far showing the Dinobots and some new Decepticons. I’ve also heard that Megatron makes his appearance in a new form as Galvatron. Will we see Unicron? Who knows? Transformers 4: Age of Extinction hits theaters this June 27th

The Edge of Tomorrow

Tom Cruise is a summer blockbuster veteran and he’ll be back doing what he does in this new Sci-Fi action thriller Edge of Tomorrow. This movie is a bit of a cross between Oblivion and Alien (since there are aliens involved) but more or less, Tom Cruise is soldier ends being caught in a time loop to where he ends up being killed and reincarnated after the alien race came to Earth and essentially wiped out all the Earth’s armies. Each time he returns he learns more and more and how to fight off the alien invaders. Strange, but interesting no doubt

How to Train your Dragon 2

The first How to Train your Dragon was in my opinion one the best children’s movie as well as just a flat-out really good movie. The 3-D was top-notch and well done, the story was well written and well executed and you couldn’t help but love Toothless the dragon and Hiccup. In How to Train your Dragon 2 Hiccup has now grown up a bit and is set to take on new adventures as well as prepping to fight a new foe. In this movie we’ll see some new dragons, a new female character and of course a new villain. This movie look great and it opens on June 13th. Check out the trailer below

Whichever movie you end up going to see if not all of them I don’t think there will be any level of disappointment. As with all Summer Blockbusters don’t expect gripping storylines and articulate, elaborate plots. Summer Blockbusters are all about big budget action and fluff which isn’t a bad thing at all so ENJOY!