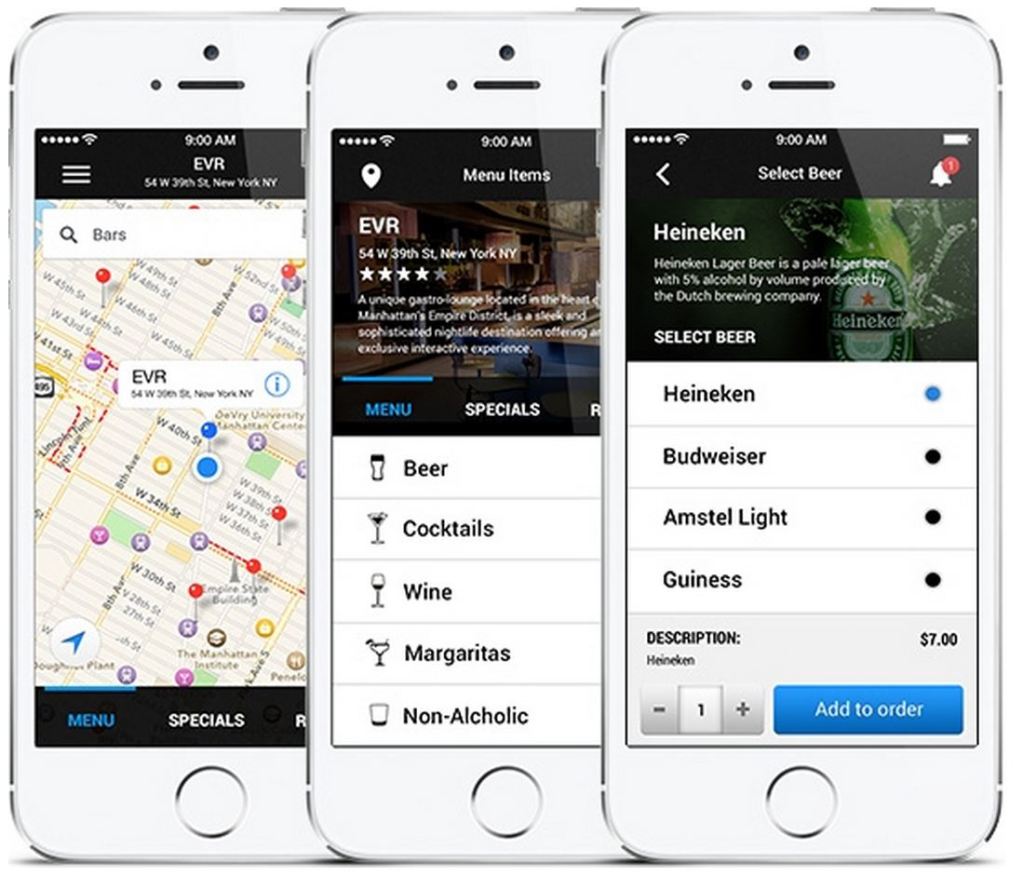 Some of the worst things of going out to party or hitting the bars, especially out here in New York City is that excruciating wait to get that busy bartender’s attention,placing that drink, and hoping they even hear you correctly over the blaring music that might be playing. One of my friend’s invited me to a tech event last week near Union Square in Manhattan and the app they were using throughout the venue was Preo. At the time, I had no idea what it was and let alone what to do with it. That was until I got some insight about it and spoke with some of the minds behind Preo and how it can change everything with drink orders. 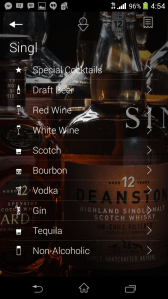 Preo‘s name derives from the word “Preorder” and is an app you download to your iOS or Android smartphone. What it enables you to do is place orders for drinks right where you are sitting or standing. You don’t have to worry about battling the lines as usual to get a drink or a few for fellow friends you typically hang out with. You get a whole list of drinks, specials and even how those drink specials are made. This leaves out having to ask the bartender whats in this and that and wasting time as normally would be done. The orders come out via a printer dedicated to the Preo server with your order number and drink on it.

The bartender can now focus on more on drinks and get more revenue instead of wasting hours trying to make a few combing thru the crowds. For instance, I was able to order the special at this bar called “Singl” and got the Pomegranate Caipirinha which had the details of whats mixed inside of it and the price.

How Does it Work For You 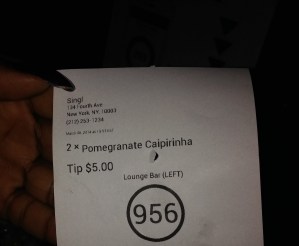 Preo can be a conversation starter especially around those that never used it and best part of it is, you can show them the app, order and keep on with the chatting. Preo eliminates those wasted minutes and keeps the party flowing. You order the drinks from your phone, get the amount, put your card on file and you get a order number. With that order number is a dial depleting showing how long before you get the drinks. Head to the bar, flash your smartphone and pick it up and go. If something happens to your phone, your name is also on the receipt as well and can show your ID. Best of all, you can order drinks all night and will get charged the next day, instead of the usual card open tab. This combats problems with leaving cards open, and better yet forgetting them at the bar is over.

Having used it successfully two times during the night, one time from my LG G2 smartphone and my friend using her iPhone, I can see it being a big success in the long run. Right now they are in a handful of bars spread across New York City using Preo, but I could see expansion with this product. It works in a area such as the Big Apple, as we are a huge crowded market and there are bars and drinkers galore out here. We love instant gratification and Preo brings that to the table.