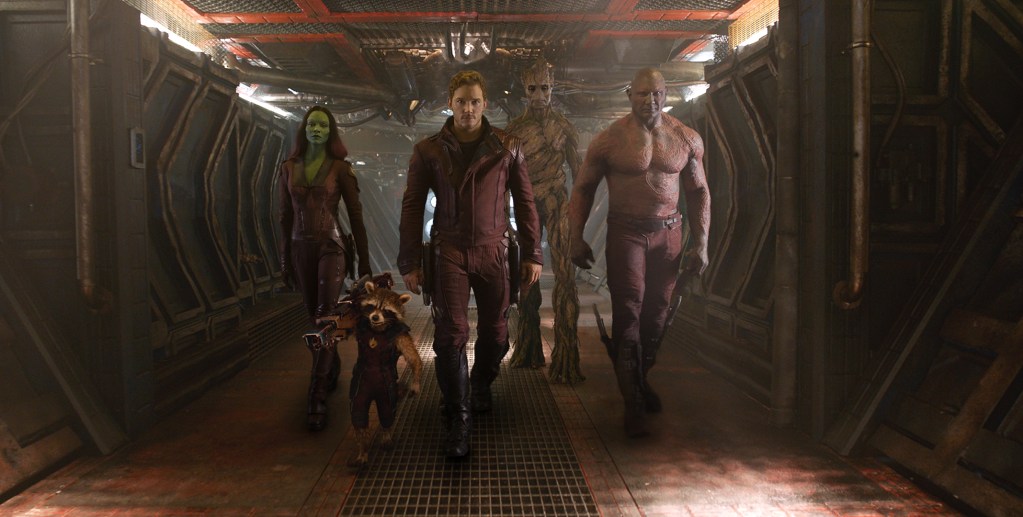 Since the early footage we saw back at San Diego Comic Con 2013 we been wondering how this next chapter in the Marvel Cinematic Universe would be showcased. Of course, if you been keeping tabs on the continuing Marvel flicks we got a tease of “The Collector” at the end of “Thor: The Dark World” who should play a larger role in this film.

Peter Quill/Starlord takes his team compromised of Groot, Drax the Destroyer, Gamora, and Rocket Raccoon on a quest across the galaxy to obtain a mysterious orb which in no doubt has to do with eventually setting up the Infinity Gauntlet for Thanos in later films.

Judging from the trailer there looks to be some comedic elements and hopefully a ton of action. I pray it will be a great lead-in to the last film of Phase 2 which will be “Avengers: Age of Ultron” which hits theaters in May 2015.

What do you think about the trailer and will you be checking the movie out when it hits theaters on August 1, 2014?