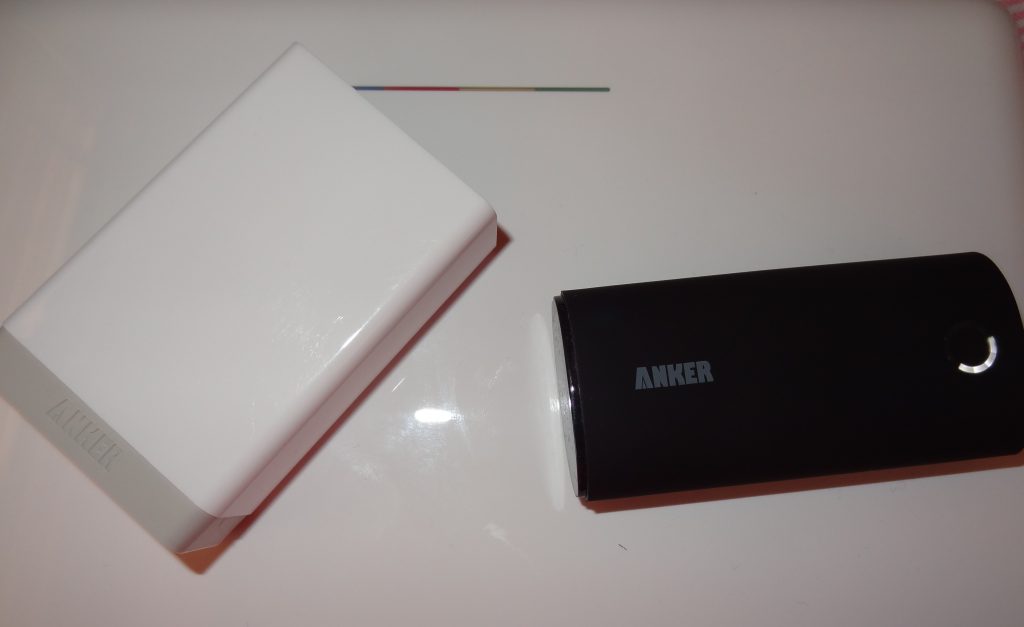 As we become more of a digital world depending on technology, there is always the need to make sure these said pieces of technology are charged. All of us have a mobile phone (or two) as well as a tablet to go alongside that. If you’re at home you might be fighting for outlet space or taking turns charging the most important device next to you. Say if you happen to be on the go, as most of us are, depending on your device it may die quick and then you’re searching around for the nearest outlet. Worst scenario is that friend that you are chilling with and their device goes kaput.
Anker has tried to alleviate these issues with two recent products they put out on the market. I met up with them at CES and they provided us with these devices and realistically being across the world in Las Vegas and running from booth to booth they couldn’t come at a greater time.

By reviewing so many different devices this usually entails me having multiple mobile phones on me which presses the issue of needing to connect to multiple outlets. Half the time those outlets are already taken and you might end up having to unplug something for a short time. The 5 Port Desktop Charger is pretty small and can be placed on your desk or bed or wherever you want to put it. Once that’s done, you can charge up to five devices at the same time. By this being a 40W 5V charger and going up to 8A so you are capable of getting the best charges all at once. While on my CES trip, I would charge a Nexus 5, LG G2, T-Mobile Hotspot, a battery pack or two and maybe even a friend’s device. In no time all my devices would be fully charged and I felt like in some ways even lasted a bit longer. This could be in part to Anker’s devices having “Power IQ” technology which recognizes the device you are using and charges it the best way possible.

If you are a user of multiple devices or have a family that has a bunch of gadgets, I can’t see any reason not to pick this up. It’s available on Amazon now for $29.99 and comes in Black or White. Make sure if selecting the White its the 40W and not the 25W version.

The second device I received from Anker is a slim 6000mAh portable battery. Seeing as I can’t go the route I used to with swapping internal batteries with the LG G2 and Nexus 5, I have to go via the external route. The first thing you notice on the Anker Astro Battery is if you shake it a white ring illuminates and will show you how much percentage of the battery is left over. Not only does it keep the design of the battery simple and minimal, but looks cool as well.
It charges via a MicroUSB port and provides power to your phone, tablet, or other USB powered device by its USB port. With it being 6000mAh, you can charge an iPhone about three full times or depending on a tablet’s power 1 ½ times. I most recently used it to fully charge a 3000mAh battery of LG G2 and also one of my folks lesser 1800mAh battery phones and had no problem with both and in good time. Now with these batteries they do take a good deal to charge as I seen but once they are fully charged expect a lot of good coming from them.
If you want to pick up the Anker 2nd Gen. Astro 6000mAh Portable External Battery its $29.99 via Amazon and comes in three colors such as Black, Green and Yellow. If you think you’d like a larger battery there are also 9000mAh and 12,000mAh(whew!) versions available for your energy hungry needs.