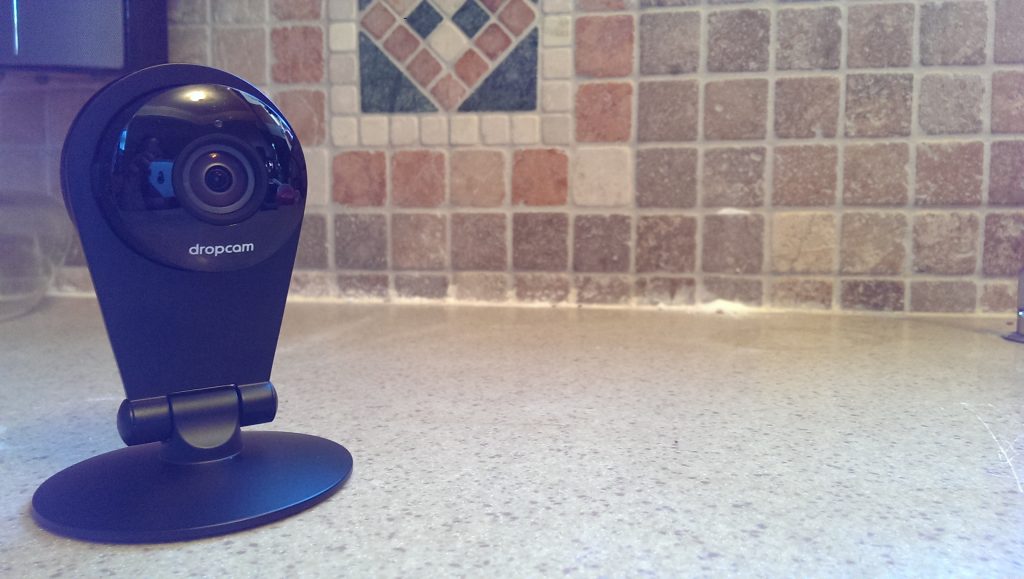 While at CES there were a lot of companies that were offering products to make the home more automated and smart. One of these was Dropcam. We have used products from Dropcam before, as we checked out the Dropcam HD not too long ago. This product was easy to use and setup. So this time around, we take a look at the Dropcam Pro to see if it is still easy to use and setup. Also what improvements would it have over the HD model.

If you’ve set up a previous Dropcam device before, you’ll be happy to know that it is just as easy as before. And if this is your first time setting one up, the learning curve won’t be difficult at all. Just as before once you have it out of the box, you would connect the camera to your PC or Mac via a USB cable. You’ll can create an account, and then follow the on-screen directions. Setup takes about 5-10 minutes at most.

After you finish set up, you can place the device when you need it and plug it into the power adapter. Once it powers up, you’re be in business! One additional feature for setup is the ability to set up your Dropcam Pro without even needing your PC. You can do it right from the mobile app for iOS devices (iPhone 4S or later, iPad 3rd generation or later, iPad mini or iPod touch 5th generation or later running iOS 6 or higher). While there isn’t Android device setup currently available, I’m hoping maybe in a future version.

The Dropcam Pro has many of the same features as the Dropcam HD, but definitely takes them up a notch. The same live viewing for free and DVR at a cost ($9.99 for 7 days, $29.95 for 30 a month) is still present, but with the upgraded hardware these features have just gotten better. For example when it comes to viewing range you now have 130 degrees for you field of view vs the old 103 degrees. This allows way more viewable space from the camera.

The Dropcam Pro also has 8x zoom vs 4x zoom before. And much better quality video and sound. In use the Dropcam Pro definitely has much greater quality. From active use it has less static noise in the background and the mic for talking is improved over the older version. I love the greater field of view since I have to worry less about how much I need to turn it to capture what I want to see.

If you are thinking of picking up a Dropcam for your home, though it costs a little more ($199 vs $149) you’ll definitely be getting a greater value there.
You can pick one up from a few retailers or from www.dropcam.com