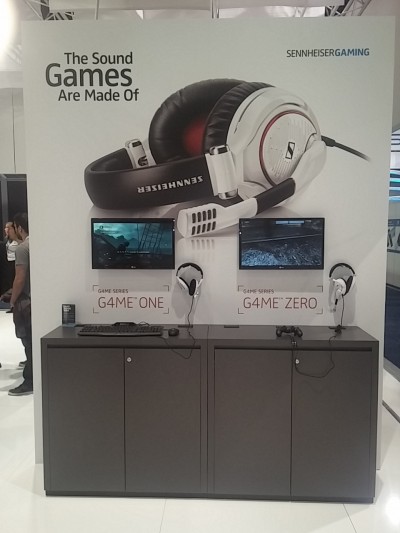 Talk about sound as a class act, look no further than Sennheiser. The big dons came to CES 2014 displaying nothing less but audio supremacy. With Sennheiser manufacturing of aviation equipment among other aspects of the sound game they dabble in, they created two of the most comfortable and maybe they best gaming headphones in the game (Pun intended) the G4me One and G4ame Zero. While being at the Sennheiser booth I was able to try them on for size and they were lighter than they looked. For right now they are only compatible with the Sony Playstation gaming systems so at this point I’m not sure they will be available for the Xbox gaming systems. If you were wondering, the G4me Zero are for that gamer who doesn’t want any outside distractions obtaining that noise canceling “just me and my game” no interruption game play. 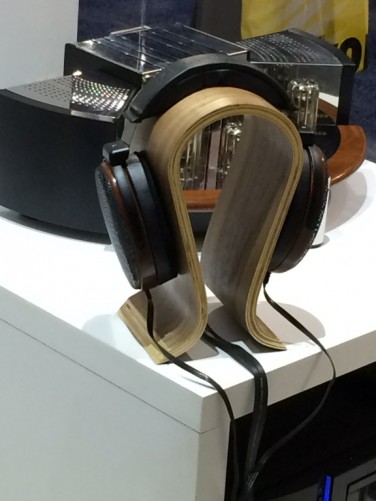 Now I’m going to have to be honest, I never thought I would have the pleasure or opportunity to place a pair of classic Sennheiser headphones. In 1991 they decided to make the greatest headphones ever – Yes, back in 1991 Sennheiser decided that to h*ll with everybody else let’s create the greatest sounding headphones ever. Those greatest headphones ever are called the Sennheiser Orpheus. There were only about 300 made but if you’re lucky enough to see a pair for sale ummm look for the cheapest price to be about $30,000. Yup, no misprint over here. I will tell you this though, you hear every instrument once you put them on your ears and hear the sound melt into your ear canals. Sennheiser had plenty of hot items at CES 2014 including their DJ line of headphones such as the HD6 MIX, HD7 & the HD8. I’m also looking forwarding to reviewing the Sennheiser Adidas OCX 685i Sports and CX 685 Sports earbuds also. All in all Sennheiser represented at CES 2014 in the immortal words of Ron Burgundy, “Stay Classy, Sennheiser.”