Compared to last year where we had a handful of good tablets to choose from, this year its gotten pretty crowded at the top. More and more is being done on these from homework to watching movies to even taking taking pictures. We have tablets that use pens, can play underwater and even just look too darn good to turn your head away from.

These are some of the tablets we thought would be great for your loved one or even hey why not try yourself and toss out that dusty netbook like you were still going to use it anyway. These are the Top Tablets to Buy for the Holidays of 2013. 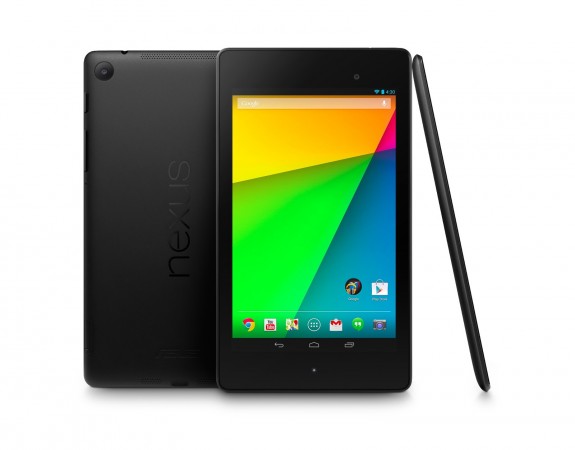 The Nexus 7 gets better with age and also pricing making it one of the most affordable and reliable tablets on the market. Running Qualcomm Snapdragon’s S4 Pro Processor with Android’s 4.3(now upgradable to 4.4 KitKat) OS there isn’t anything moving smoother then the Nexus 7.Nagivating through apps, watching movies, and playing games hasn’t been this easy and swift. Its sexy 1920×1200 pixel display is pushing out 323ppi, has built in Qi wireless charging and can be connected to a HDTV via its SlimPort. If that’s not enough restricted profiles can be created which works great for kids so they can only access apps you allow. 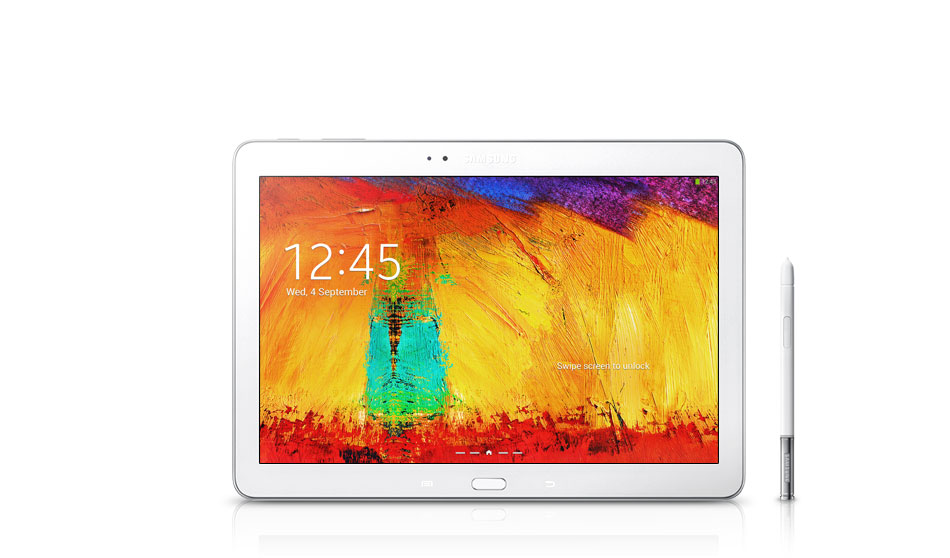 If the Galaxy Note 8 isn’t big enough for you we have the Note 10.1(2014). Taking a cue from its little brother the Note 3, it has a faux leather backing and strong specs with a 1.9GHz Exynos 5420 quad-core processor, 3GB RAM and 16GB built-in. It’s Wacom powered S-Pen leaves it unmatched in the stylus class and will make writing down anything feel like you’re using an actual notebook. If media is more your game, 2560 x 1600 LCD high-res display will satisfy you in all your movie watching or twitter following. 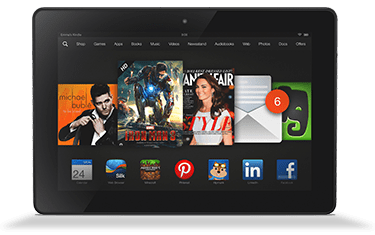 One of the lightest tablets in its area coming in at 0.89lbs, the Kindle Fire HDX 8.9 is a in your face media feeding device. If you’re an Amazon customer it has everything for you at a swap of the finger. Awesome for reading Kindle titles, catching a flick in 1080p, and even LIVE customer support called Mayday. Powered by Qualcomm’s Snapdragon 800 quad core 2.2Ghz chip, there is no wonder the HDX will have you going through your holiday list in no time. 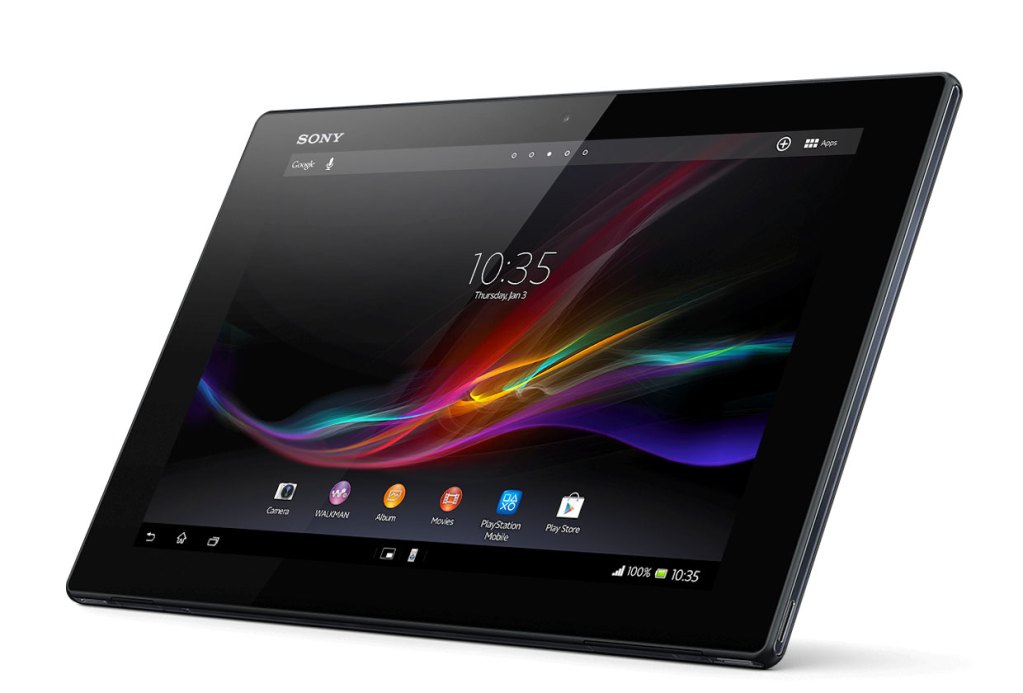 Made to be water resistant you can take the Xperia Z tablet with you from the pool to the shower and not worry about it getting damaged. At 10.1-inches it has a luscious Reality Display alongside its slim body coming in at 1lb. Expect snappy speeds with its close to Vanilla Android OS coupled with a Qualcomm Snapdragon S4 Pro processor hiding underneath. Likewise it does come with 16GB and can be stretched out to 64GB with MicroSD support. The Xperia Z Tablet can take a dive and keep swimming and there is even a Kitchen Edition if you need some help cooking for the holidays. 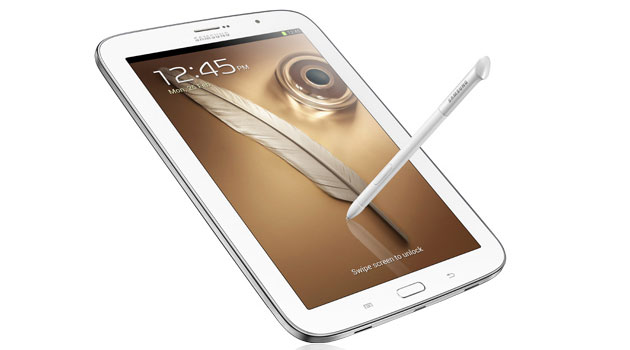 It’s the best tablet at its size coming in at 8-inches with its 1080p display. It has a Samsung Exynos 4 Quad processor, comes with 16GB storage and can be expanded with an additional 64GB thanks to the MicroSD support. The S-Pen is its claim to fame making it great for that college kid taking note in class or that artist that needs a nice sized canvas. Also the WatchON app with the built-in IR blaster is a great replacement for your remote control. 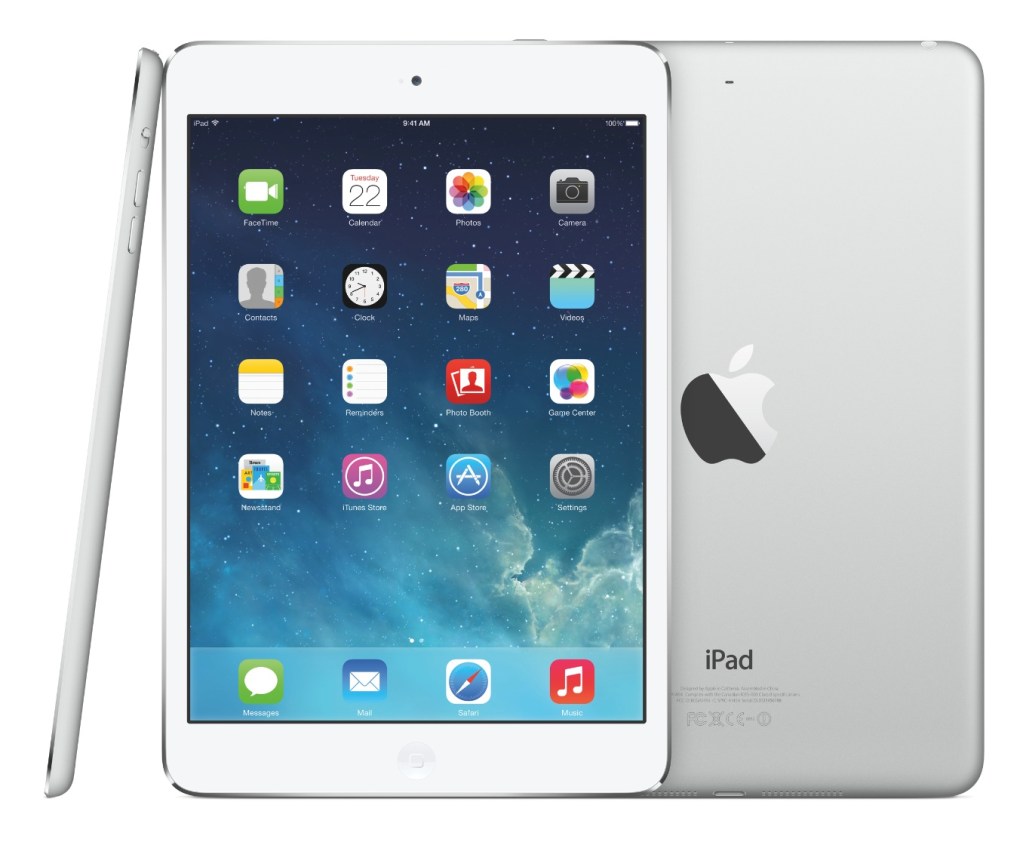 More than just a name change, the iPad Air has been rebuilt making it lighter, thinner and faster. It has a 64-bit A7 chip upping the performance of the CPU, making graphics look more intense and providing a much needed battery life. All this was made to take advantage of Apple’s iOS 7 system. Everything is tailored toward it, making your iPad experience better than it was before. It be hard not to pick up Apple’s latest and greatest tablet to date. 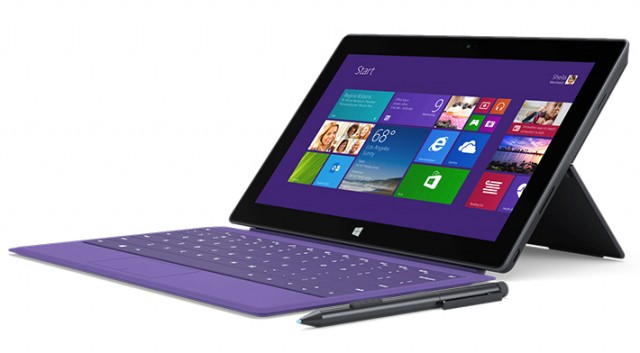 If you can’t decide between getting a tablet or a PC why not just get both? The Surface 2 Pro has everything spec wise as far as it running with an Intel Core i5 chip, 64GB storage and 4GB to start out with. Specs like this makes it no slouch on performance and added support is given with a microSD slot, as well as a USB 3.0 port. Its 10.6-inch ClearType HD Display is great for usage with included of its stylus pen and great for doing setting up some Powerpoint presentations thanks to Office 365 being included as well. Viewing angles are better with the Two-Step Kickstand and has various accessories such as its TypeCover for you traditional keyboard purists. 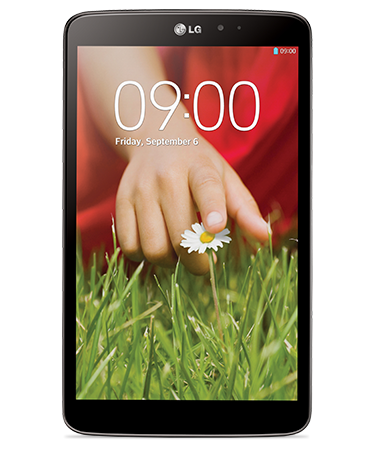 LG’s return to tablets after a hiatus brings about the G Pad 8.3. Its HD IPS display makes it a beauty to look at and behold. As where its Optimus 3.0 OS runs smooth thanks to the power which is the quad-core 1.7GHz Snapdragon 600 processor and 2GB RAM attached. While it has 16GB built in, it can be expanded out to 64GB with a pop in of a MicroSD card. It’s a great alternative with its pricing and if you’re looking to go bigger then 7-inches but smaller then 10.