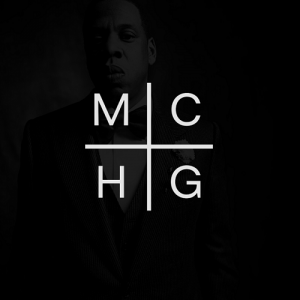 The set-up, the anticipation, the timing and the promotion was ridiculous. I’m sorry if you’re going to drop an album, drop that sh** with FunkMaster Flex bombs droppin’ from here to Baghdad (Shout Out To Outkast) and that’s exactly how Jigga did it on Hot 97 before July 4th, the official chance to download the album for free with Samsung Galaxy products. The intricacy of the release was definitely “so covert that it was overt” as if it was an operation headed by S.H.I.E.L.D. and The Avengers. How Jay-Z managed to pull off a Win-Win deal with Samsung was only how the God MC “shows you how to move in a room full of Vultures.” It’s like Hov still on the block over on Marcy movin’ product but instead of that white it’s that crack music and mobile device apps. Even the date of July 4th was brilliant in the fact that it was the Holiday, about 5 days to get into the album, talk about it, quote lyrics, parlay about it at the cookouts/pool parties and almost 7 days before you can actually purchase the download or physical CD. Got to give it up to his Roc Nation marketing team with Scavenger Hunts in Brooklyn and Samsung for taking this “New Rules” approach. 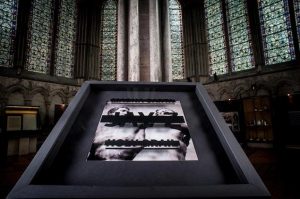 Please believe that Hova easily picked a good time to go on a full fledge Twitter Q&A with the fans answering most of his mentions to milk the last promotional opportunity for those who didn’t have Samsung Galaxy products that were going to buy the CD July 9th from record stores, Best Buys, Targets and iTunes. “He’s not a Businessman, he’s a Business man!” I have to say this, on “Holy Grail” Justin Timberlake puts his foot into the hook. I haven’t heard JT go in like that in a minute.

Mr. Carter kicks perspective on the love for fame and give it up but some part of you wants to be normal unfortunately fame is “helluava drug.” And yes I’m about to do the unprecedented and confess something…..I had that Part II (On The Run) featuring Beyonce aka Mrs. Carter on repeat for a couple of plays lol. I don’t know about anybody else but I believe this was a great sequel to Bonnie & Clyde ’03. It’s a smoother more matured version than the original. It shows although things are different but still stays the same. Bey straight stays in the R&B lane as that ride or die chick on this track produced by Timbaland and Jerome”Jroc” Harmon. Mr. Carter spits that good girl fell in love with a bad boy cliche:

“I been wilding since a juvi/She was a good girl till she knew me/Now she is in the drop bussin’ a U’ee.” Beyonce: “I hear sirens while we make love/Loud as hell but they don’t know/They’re nowhere near us/I will hold your heart and your gun/I don’t care if they come, noooo” 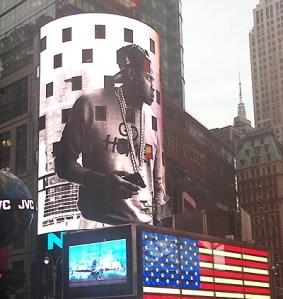 If you had one studio session that you could be a witness to this would be one of them for the track BBC produced by Pharrell Williams. This club banger features the Rat Pack of Nas, Beyonce, Justin Timberlake, Swizz Beats, Timbaland and Pharrell just to be a fly on the wall to witness the creative process for this joint. These two King MCs took me back to that 80’s/90’s D-Boy Billionaire flow talkin’ that, Nas:

“Bally shoes, Gucci sneakers Pharrell’s a pharaoh, peep the features/Unlaced Adidas/Top of the world like pyramids in Giza/Fila sweats, 88 I rocked a mock neck/Carried a nine in my projects/Bucket hat EPMD cassettes”

And to take the flow like a handoff from the Quarterback Jigga burst through the line with:

S dot opens up again about his daughter the Notorious B.I.C. Blu Ivy on Jay-Z Blue including some Notorious B.I.G. sample from “My Downfall.” The exerts from “Mommie Dearest” just accents the song. Picasso Baby is that classic big boy Basquiat flow with that Timbo crank up. The toxic and laced Timbo track with JRoc Tom Ford, extends the Suit & Tie movement infectiously. So I don’t want to see no TF tee-shirts and belt buckles because Tom Ford don’t make those lol. It was a buzz before the album dropped that Raekwon would feature on the album and to me that song would’ve been “Heaven” so it would be an injustice if the Chef isn’t on the remix because Hov kills it but Raekwon is written all over this one. The 16 year old Ebony “Wondagurl” Oshunrinde produced (along with Travis Scott) trackCrown is that reminder that Hov is still well equipped to defend the throne as well as you need to keep an eye on it. “SomeWhereInAmerica” if you’ve been under a rock, ignited a public show of respect to Miley Cyrus going against the grain. Some other favorites for me are “F.U.T.W.,” “F**kWithMeYouKnowIGotIt” featuring Rick Ross, “Versus,” and “Beach Is Better.” This is a very good album from Jay a must cop for any Hip-Hop fan because he gets back to that but it’s also a must cop for any music fan who can appreciate the innovativeness of this album. Any question if he is still relevant to the game you need to “F**kWithHovYouKnowHeGotIt.”