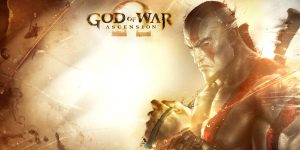 Being a big fan of the God of War series I was able to spend some time playing the single player mode here at CES 2013. This will be the seventh version of God of War coming out and a prequel to all of them that have come thus far. The gameplay is still the same from what I played besides some new added features and mini games. Of course the graphics have been touched up even more as they always are with the God of War series.

Also while playing I was able to check out the Sony PS3 Pulse wireless headset, the successor to the previous PS3 Wireless Stereo Headset model and they look to produce a better sound quality and comfort experience. They have been out awhile now but they are superb to demonstrate the greatness which is God of War: Ascension.

God of War:Ascension is set to hit store in the US on March 12, 2013 and other countries days after.