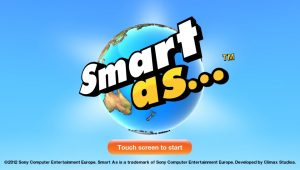 Did you get a PS Vita or are expecting one as a gift? Don’t know which games to purchase? Here’s a game for all types of players. I am reviewing the game Smart As for the PlayStation Vita. I have always been into logic/brain games. I play Sudoku on a daily basis and played Brain Age on my Nintendo DS.

Needless to say that I was more than thrilled when I heard a brain/puzzle game would be out for the PS Vita. It’s a great game to play with a little free time. So what did I think about Sony’s attempt at a brain logic/game? 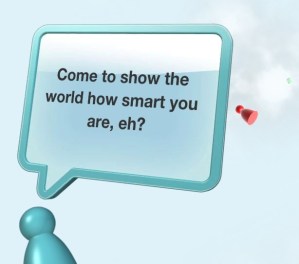 We all know how important exercising your brain is. I am surprised that these games haven’t caught on more with the rising use of mobile phones.

The game is called Smart As The Socially networked brain game. While the concept of a brain game doesn’t appeal to everyone; I assure you that Smart As is more fun than it sounds. Similar to many brain games; you have to complete a set of daily challenges that engage different parts of your brain. The areas that are tested are responsible for Arithmetic, Language, Logic and Observation. Adding up the activities from these four categories will you your “percentage”; which is really your score in “Brain Power”. There are five games for each category (twenty games total). The games get more difficult as you go higher in rank The more difficult games will take quite some time to unlock. As you go daily; you improve your score and new challenges are unlocked. I wish it really wasn’t that hard to unlock. What a great reason to use your PS Vita on a daily basis.


I have a love hate relationship with this puzzle. You have to get the blocks on to their specified targets. You have to maneuver the Vita around to make the blocks roll on to the targets. This puzzle will get you hooked; since it isn’t so easy. It requires a lot of focus and concentration to move jiggle the Vita around for those precise movements.

Chain Reaction
An interesting puzzle; you have to connect the dots based on colors. When forming the lines (chains); can’t cross each other. So all the red dots have to form a chain, and the blue do too; but those chains cannot cross with one another. 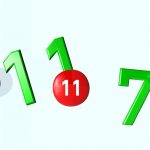 There are six numbers floating around (two of them are drawn bigger than the other four). The You must pinch the correct two numbers together to equal the sum of one of the larger numbers.

Less Equals More
Another arithmetic puzzle. This one involves quick thinking and great number skills. There are two towers of numbers; and you have to decide if the number on the left is less than, equal to, or greater than the number on the right. You can’t take your time; as both speed and accuracy are measured.


In this puzzle you will be offered four words. You have to pick which one is the odd one out. The challenge is a bit easy; but they time you. 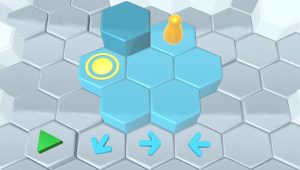 In this logic game; you have to coordinate the blocks to make sure the piece can get to its set target with the preset moves that are shown on the screen. It took me a while to get this game. 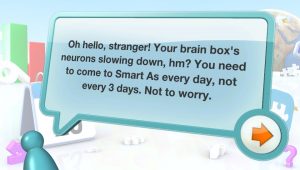 After completing your daily training you can upload your brain power score to twitter and Facebook. But a great added bonus with this game is that challenges aren’t only against the PS Vita; you can challenge your friends as well as strangers. With Street Smart Challenges you can play games constructed by other players near your location. You can see how you measure up against others in your area that took the same Street Smart Challenge. This brings the game to a whole other level.

Is It Smart To Pick Up Smart As For The PS Vita? 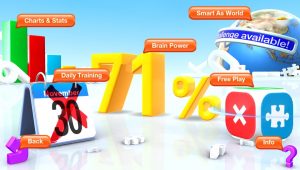 The PlayStation Vita has sort of slow start. It seems that they are coming out with more games and Smart As is one that I would definitely pick up. It is suitable for all ages. The competition that this game fires up within you is crazy. I found myself yelling and hissing when I missed or couldn’t get a challenge. I would get upset when I had a low brain score. It’s a great feeling to unlock a game. John Cleese’s clever remarks when narrating your progress are delightfully funny. The controls work great on this game. There is absolutely no lagging. The load times are very short, and you learn fun facts in between.

At $30; it might be a bit overpriced yet still affordable. But you’ll enjoy great, colorful graphics and a good reason to use your Vita. I looked forward to my Daily training and I think you will too. The games were a lot of fun and challenging. For a better idea of the game; check out the trailer below.