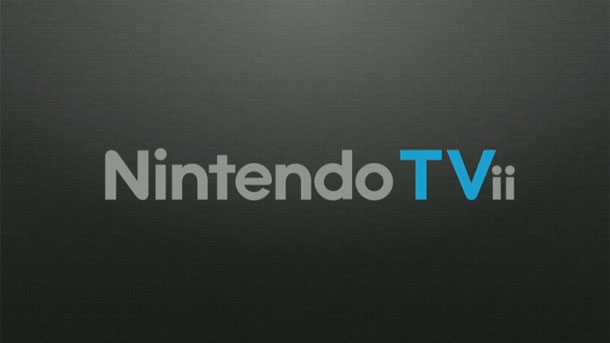 On December 20th watching TV will never be the same. Nintendo will launch the long awaited TVii. Nintendo TVii allows every member of the family can create a different viewing profile.

Nintendo TVii maximizes Wii U owners’ current cable, satellite and video-on-demand services by pulling all of their available content sources – such as a Comcast cable package or Hulu Plus subscription – into one place. This empowers Wii U owners to focus on what they want to watch and not how they want to watch. And once users find the show, sporting event or movie they want, they press an icon and Nintendo TVii does the rest.

In addition to greatly simplifying finding and watching video content, Nintendo TVii also includes a series of social features that enable Wii U owners to share experiences and exciting moments with friends as they are happening on live TV. People can engage with others by commenting and sharing on Miiverse, Facebook and Twitter. Or they can comment, post or tweet about an incredible touchdown, a remarkable performance or a shocking plot twist, all using the personal screen of the Wii U GamePad.

Nintendo TVii requires no additional equipment and can be enjoyed with very little setup, demonstrating what’s possible when the second screen is truly integrated with the TV. Wii U owners can also discover more information about what they’re watching by easily accessing information on the GamePad via an Internet connection, including cast details, movie reviews from Rotten Tomatoes and sports data such as live stats and scores.

All elements of the Nintendo TVii service are included in the purchase price of the Wii U system. Users will define which services they currently subscribe to – including the channel lineup in their cable package and video-on-demand service subscriptions – as part of the setup process.