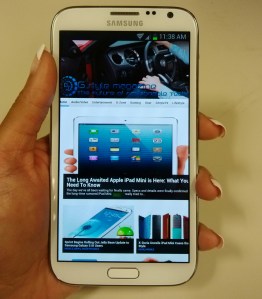 October has been a big month for releases and updates on gadgets and software. Samsung Telecommunications is the number 1 mobile phone provider in the United States right now. In keeping their top spot they are taking the necessary steps to remain ahead of the ever-changing mobile phone game.

Yesterday Samsung celebrated another addition to their Galaxy smartphone lineup; the Samsung Galaxy Note II; and the first Samsung Galaxy Camera. If you’re not familiar with the Note series; it’s Samsung’s attempt at bringing back the use of the stylus in an innovative and stylish way.

With the release of the original Galaxy Note last year; Samsung created and defined a new category. Some dubbed it as the “phablet”; a combination of a smartphone and tablet. With the use of the Samsung’s S Pen; the Galaxy Note transformed the way consumers interact and create on their mobile device. Some quick info on the Galaxy Note II:
• Display: 5.5 inch screen
• Processor: 1.6 GHz Quad-Core Processor
• OS: Android Jelly Bean 4.1.1
• Connectivity: Wi-Fi / Bluetooth 4.0 / NFC Beam
• Camera: 8 MP Rear Facing Camera / 1.9 MP Front Facing Camera 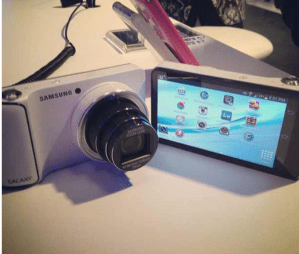 At the event; Samsung also introduced the Galaxy Camera. Running Android Jelly Bean 4.1; the Galaxy Camera is a unique blend of high performance photography and familiar Android OS use. With Galaxy Camera running Android; sharing high quality pictures is a breeze. You can do all the things you’re used to doing on Android such as checking emails; updating your status on Facebook, see what’s trending on twitter, and like your favorite filtered pictures on Instagram. The Samsung Galaxy Camera will be available from AT&T in time for the holidays.

To welcome The Next Big Thing; Samsung had a big event with bigger personalities to represent these stylish devices. Samsung included 1000 fans from their enormous followings on Facebook and Twitter to help celebrate the launch. Celebrities that helped fans learn about the Note II through interactive experiences included:
Interior Designer Kelly Wearstler, Chef Alfred Portale, Photographer Tyler Shields, and Artist Futura. 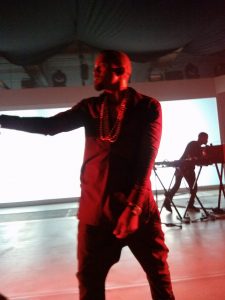 To top the night off; Kanye West performed a set that included his first releases such as “Through the Wire”, “All Falls Down” and current hits such as “Mercy” and “Clique”. The Grammy award winning artist brought out rapper 2 Chainz to perform the hit “Birthday Song”.

All who attended had great time learning and interacting with the Galaxy Camera and Galaxy Note II smartphone. As “Chief Marketing Officer of Samsung Telecommunications America Todd Pendleton said; “This was a celebration for our consumers as much as it was the launch of the Galaxy Note II and Galaxy Camera. It takes a true innovator and creative force like Kanye West to celebrate the launch of devices this iconic.”

These products create and boldly define their own category. With over 10 million original Galaxy Notes sold; we can only imagine what’s to come of its successor. Using the S Note App and S Pen I created and printed my own shirt and using the S Beam; I ordered custom drinks. Lookout for the review on of the Samsung Galaxy Note II on G Style Magazine shortly.

Check out my thoughts on the Samsung Galaxy Note II HERE