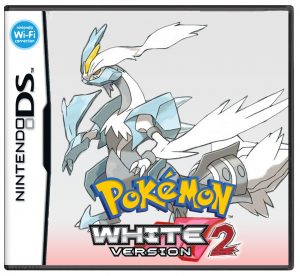 Revisiting the imaginative Unova two years after the events of 2011’s Pokémon Black Version and Pokémon White Version, these games invite players to meet old friends and make new ones as they quest to face down rival Gym Leaders, survive heated turn-based battles and collect as many Pokémon as possible. The ability to make your own Pokémon movies, connect with other players in new ways and enjoy a new storyline add even more fun to the mix.

In Pokémon Black Version 2 and Pokémon White Version 2, players take on the role of a Pokémon Trainer who must explore new areas of the Unova region two years after the events of Pokémon Black Version and Pokémon White Version. This marks the first time in the history of the core Pokémon video game series that storylines have continued from one game release to another. The characters and environments in Unova have undergone extraordinary changes, from the rise of new Gym Leaders to a new Unova Challenge area where players can level up their Pokémon more easily than ever before. A newly upgraded Pokédex also makes it simpler to find data and track Pokémon – including new forms of Legendary Pokémon.

“The amount of new features and content in Pokémon Black Version 2 and Pokémon White Version 2 is remarkable,” said Scott Moffitt, Nintendo of America’s executive vice president of Sales & Marketing. “Even fans who spent countless hours battling their way through the Unova region in the previous games will find plenty of surprises, and it’s an experience found only on Nintendo hand-held systems.”

Pokémon Black Version 2 and Pokémon White Version 2 introduce a new Medal System that rewards players for reaching certain in-game milestones, such as taking a certain number of steps, hatching Egg and using C-Gear to connect with friends. There are more than 250 unique medals to collect, giving players more goals to achieve even after they have completed the game’s main storyline. Players who have completed the main game can also enjoy additional content through the Key System, which unlocks additional Unova Challenge areas for players to take on, and offers detailed customization options for advanced players. For example, players who have gained access to the Key System can adjust the difficulty of the Pokémon belonging to Trainers they encounter in the field, making them stronger or weaker.

As players work to uncover the mystery behind Black Kyurem and White Kyurem, they’ll encounter new areas. Join Avenue is a new location that works like a virtual shopping mall where players can browse and buy a wide selection of in-game items – from plants and berries to fossils that can be turned into living Pokémon. When players connect wirelessly with others, they’re rewarded with more shops on Join Avenue and more choices for enhancing their Pokémon’s abilities.

Other new features in Pokémon Black Version 2 and Pokémon White Version 2 include the new Pokémon World Tournament mode, which lets players battle Gym Leaders from regions in previous Pokémon video games. There’s also Pokéstar Studios, a movie “studio” near Virbank where players can use a variety of scripts to make their own customized Pokémon movies and release them to an audience. 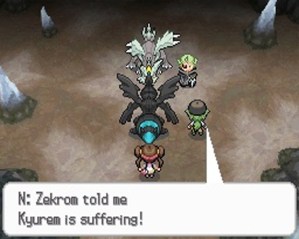 Players who experienced Pokémon Black Version and Pokémon White Version can use the Memory Link feature to sync their save files from those games and view an expanded storyline showing events that took place in Unova during the past two years.

Players with a Nintendo 3DS or Nintendo 3DS XL system also can connect to the Internet and purchase Pokémon Dream Radar from the Nintendo eShop. Also launching on Oct. 7 at a price of $2.99, Pokémon Dream Radar lets players use the built-in Nintendo 3DS camera and motion controls to catch Pokémon, which can then be transferred into Pokémon Black Version 2 and Pokémon White Version 2. The Pokédex 3D Pro application launches in the Nintendo eShop on Nov. 8 at a price of $14.99, allowing players to see more than 640 Pokémon in full 3D and offering information that Pokémon Black Version 2 and Pokémon White Version 2 players will find especially useful.

I’ve been waiting for this game to drop every since they announced it. I have both versions on the game (Black and White). I will mostly will pick up Pokemon Black 2 first, the new features like the story-line continuing is a first and much needed. I’m looking forward to seeing the new “Legendary Pokemon” always an exciting moment when you see one.