Lenovo is looking to expand upon its familiar portfolio of laptops with the ThinkPad X1 Carbon. It boasts to be the lightest and thinnest ultrabook to date coming in at a nice 3 lbs. Even though it looks the same as all the other Lenovo Thinkpads and they will to continue with their trademark look, there are some differences you may like.

The ThinkPad X1 Carbon is the bigger brother of the ThinkPad X1 that was 13in. The X1 Carbon comes in a inch bigger at 14′. Another difference is the name which it uses. It is encased in a premium carbon fiber shell which will make it pretty tough and durable.

It does have some pretty nice specs such as a Hi Res 1600×900 Display, a Rapid Charge option which will give you 80% charge in 30 minutes. This will definitely be useful. The keyboard will be backlit which is something you never see on Lenovo and they are also changing the look of their keys. The ability for 3G connections will also be available. The webcam will be of 720p HD with Face Tracking. Best thing will be the 3rd Gen Core Intel processors which will be under the hood.

The Lenovo X1 Carbon doesn’t have a release date as it was just announced but I can imagine the summer time which a high price tag. 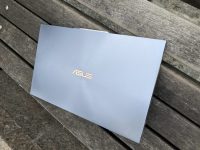