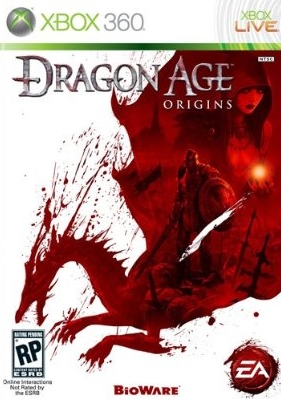 For that RPG lover of yours, why not buy them the gift of Dragon Age: Origins, winner of this year’s RPG game of the Year and PC Game of the Year at the 2009 Spike TV Video Game Awards. Dragon Age: Origins was developed by BioWare who are no strangers to the RPG genre. Previous games by BioWare include Mass Effect,Â  Jade Empire, Star Wars: Knights of the Old Republic, and the Balder’s Gate series. This isn’t really a cheap stocking stuffer retailing at $59.99, but is within normal video game prices currently. Dragon Age: Origins is available now on PS3, Xbox 360 and PC platforms.

Dragon Age: Origins is a dark heroic fantasy set in a unique world. As the spiritual successor of BioWare’s popular Baldur’s Gate series of games, it uses a pause-and-play tactical combat system. Play in over-the-shoulder mode, or the more tactical top-down view. Dragon Age: Origins features a stunning amount of cinematic dialog. Players will be able to acquire unique party members. These party members will have their own motivations for accompanying the player. [via BioWare’s Site]