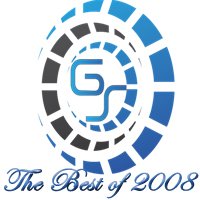 The Mobile Fashion scene has definitely been a big thing this year. So many hot releases whether it be software, hardware, or other. 2008 was a very good year for mobile phones. So let’s check out what was the Best in 2008!

Viigo Project Tango Surfaces! – This has to be one of the best software I’ve personally use! I love Viigo Classic, and love Viigo Tango! (G Style Official 2008 Best of Winner)

The Blackberry Bold Releases! – Though it was in Chile, and the Bold didn’t make shore here in the US till November, it is thee best Blackberry ever! (G Style Official 2008 Best of Winner)

The Google Phone Arrives! – the T-mobile G1 made it’s launch. The first phone to use the Google Android OS.